2016 Arizona Legislative Wrap Up: A Mix of Everything

By Joseph Sigg, Arizona Farm Bureau Government Relations Director: As the second session of the 52nd Arizona Legislature concluded, legislators carried out “sine die” with gusto since the 2016 election year means incumbents and new candidates have their feet already firmly planted on the raucous campaign trail. 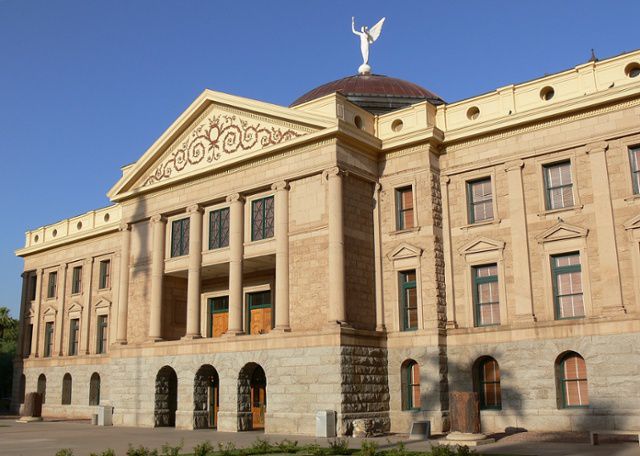 From drone legislation to weights and measures, this year’s legislative session in Arizona can be described as representing a mishmash of bills.

And speaking of campaigns, the education compromise, the May 17 Special Election ballot initiative of Arizona Education Finance Amendment, Proposition 123 passed by a razor thin margin.

The pundits say it was not a referendum on education, but more clouds on the Proposition 123 language and subject matter and the type of election season we are in.

The breakout below represents new legislation the Governor has signed. As engaged members of a truly grassroots you can take heart in being part of helping move some of this critical legislation forward, certainly when it comes to House Bill 2326.

2001 – Unlawful Distribution of Private Images: You cannot post photos where people have an expectation of privacy and there is harmful intent in the posting.

2023 – Delivery; Early Ballots, Limitation: Prohibits collection of ballots by another person with some exceptions.

2518 – Regulatory Exemption; School Garden Produce: School gardens can use their own fruits and vegetables to include food safety exemptions.

1270 – Pest Management Division: Completes the integration of the office of pest management as a new division within the Arizona Department of Agriculture.

1243 – Mexican Wolf; G&F Approval; Reporting: Provides for an MOU between Game and Fish and USFWS on wolves.

1381 – Wine; Direct Shipment: Allows for direct wine shipments to consumers for personal use under a lengthy list of criteria.

For more information or if you have any questions regarding these bills, contact Joe Sigg at joesigg@azfb.org or Ana Kennedy Otto at anakennedy@azfb.org.