By Julie Murphree, Arizona Farm Bureau Communication Director: Go off the beaten path in just about any direction in Arizona and you’ll run into tribal lands reflecting an agriculture tradition that can only be claimed by the Native Americans. Here, you can find generational farm families growing everything from ceremonial corn that requires special blessings at each stage of planting and growth to modern-day biotech (yes, GMOs) crops covering vast acres as far as the eye can see. 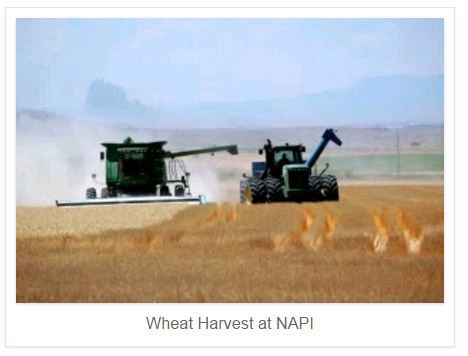 In fact, don’t call cotton in Arizona the historical crop of World War I when it was grown for the manufacture of tires during the war years. The Hohokam planted ancient cotton seed over 2,000 years ago in Arizona’s desert soils.

Arizona and many of the southwest states have a rich Native American agriculture history. It’s in Arizona where we can claim the largest concentration of American Indian farms in the United States. And, there’s even more to this special story about Arizona agriculture and tribal lands.

The Future of Reservation Farming

There are several reservations in Arizona that already lease large acreages of reservation cropland to commercial producers operating outside reservation boundaries. Will this continue to increase in the years to come? What is the capacity for tribes to increase their cropland base?  What types of commodities will be grown on reservation acres?