Arizona Ag is a Risky Business and Life, So What Else is New!?

Andy has been taking Hannah and Johnny out with him to do chores, check waters, move cattle and work in the fields since both were too little to walk, much less “hold on” (if you know Andy, you know what I mean when I say “hold on”). As their mom and someone who didn’t  grow up on a ranch, this was difficult for me to stomach when they were small and it still gives me a twinge in my gut when I send Johnny off in the early morning with a breakfast burro, a hug and my usual, “be smart, be safe.” Not unlike most farm kids, at thirteen he’s already responsible to be one of the drivers when we haul cattle by truck and move them on horseback. While most kids were reveling in their newfound freedom of virtual schooling last spring, Johnny was starting his first colt. Having had my own horse wrecks in the past, I was adamant that someone is with him every day down at the corrals. This was generally possible in the beginning, but as a few weeks passed, he had to go it alone if it was going to get done. 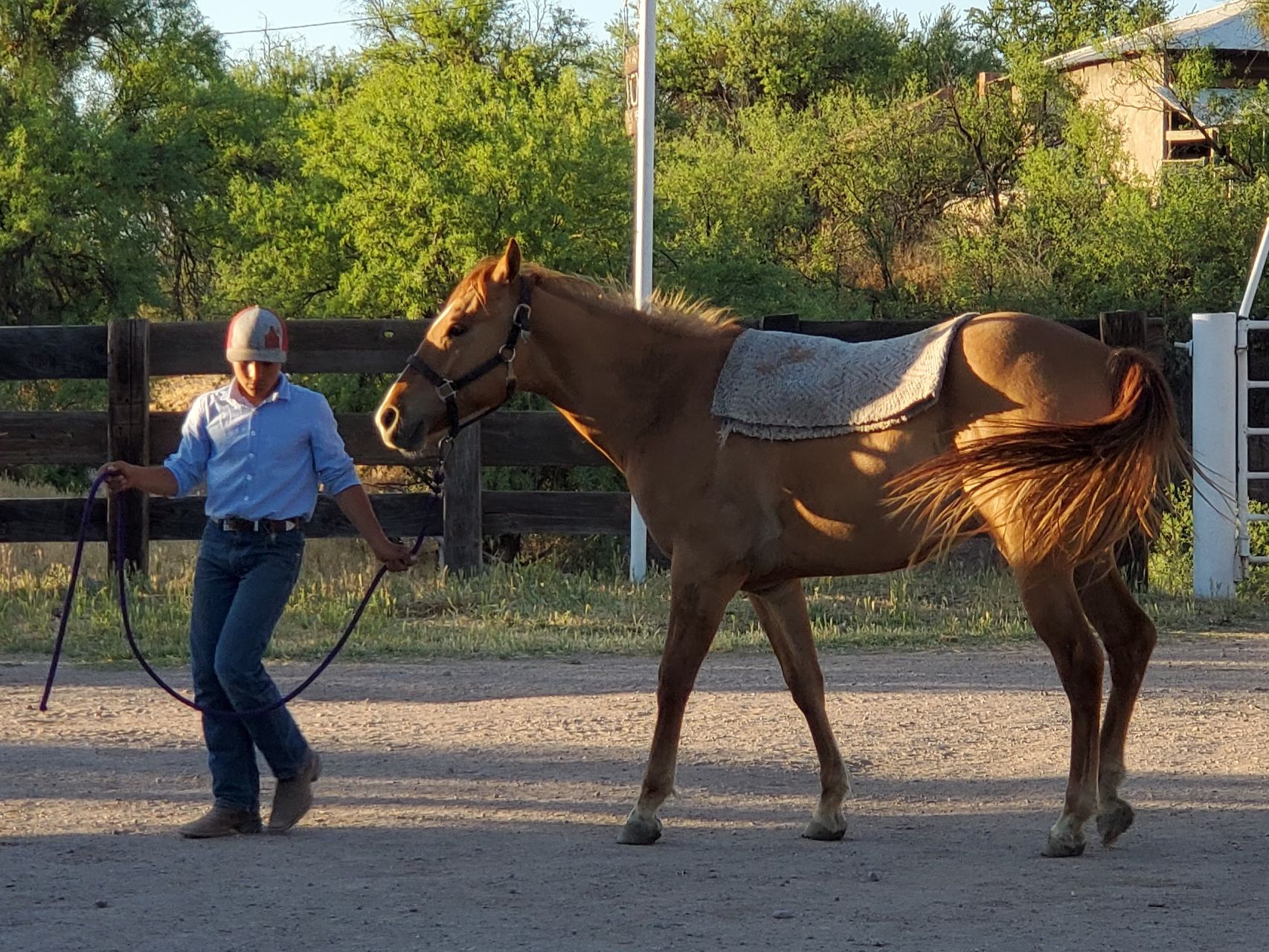 Agriculture is the eighth most dangerous profession in America. According to 24/7 Wall St. and their review of the Bureau of Labor Statistics data, farmers and ranchers work in an even more dangerous environment than firefighters, the police and linemen. This is generally due to the use of mechanical equipment, although I would add most farm chores to this because we often use less than traditional means of getting a job done. If 24/7 Wall St. had considered the added impacts of stress in its calculations of injury and fatalities, I am sure ag would have ranked even higher on the list.

Even though I worry about the kids and Andy when they are on the job, and I pray for good judgment, I know that experience is the best teacher. As they climb in the truck, I can calculate twenty different scenarios in my head of our day ending in the emergency room. There is a lot to learn out here when you’re fifty miles away from anyone in the Yellow Pages or the nearest hospital. It’s all about sensibility and managing risk.

For the past six months, as the rest of Arizona has been hunkered down or Zoom zoom zooming waiting for a vaccine, farmers and ranchers have been steadily #stillfarming. While everyone else is still absorbing the magnitude 7 earthquake that has hit the economy, we are navigating through year 5 of a depressed farm economy. That is not to say The Corona didn’t throw a few extra gut punches to farmers and ranchers. Dumping millions of gallons of milk on the ground or plowing up acres and acres of vegetables is shocking, but we have been forced to absorb multiple heavy blows over the years. Remember the cow who stole Christmas and the romaine who spoiled Thanksgiving, those are just recent history.

Slowing the spread of the virus through encouraging masks and hand washing while discouraging large gatherings is sensible, but fearful shutdowns are neither sensible nor sustainable. Agriculture manages through health and financial risks on a daily basis; we have to, otherwise, when those grocery store shelves emptied out in a matter of days in March, we would have had much bigger problems.

Like in agriculture, society must plan for the long game and function through a potentially more risky and turbulent future. Scientists don’t yet even know the term of immunity from a vaccine or exposure. To end the pandemic, which would certainly remove my concerns for my own mother’s health, would mean “the virus must either be eliminated worldwide — which most scientists agree is near-impossible because of how widespread it has become — or people must build up sufficient immunity through infections or a vaccine. It is estimated that 55–80% of a population must be immune for this to happen…”, this according to scientists contributing to Megan Scudellari of Nature magazine. This could take a very long time and we are only considering this one virus strain.

Farmers and ranchers have evolved in a turbulent environment and exist in a dangerous space. We take greater precautions through learned behaviors and have adopted technologies that make our lives safer because to shutdown production is not an option. In his first inaugural address, Franklin Delano Roosevelt stated, “the only thing we have to fear, is fear itself.”  Which can be no truer than today.