Arizona Agriculture Comes Direct to You!!

By Julie Murphree, Arizona Farm Bureau Communication Director: Years ago, the serious Arizona “Foodie” might not have ranked Arizona as high on the quality and quantity of Farmers' Markets in our state. But that’s not been the case for some time now. 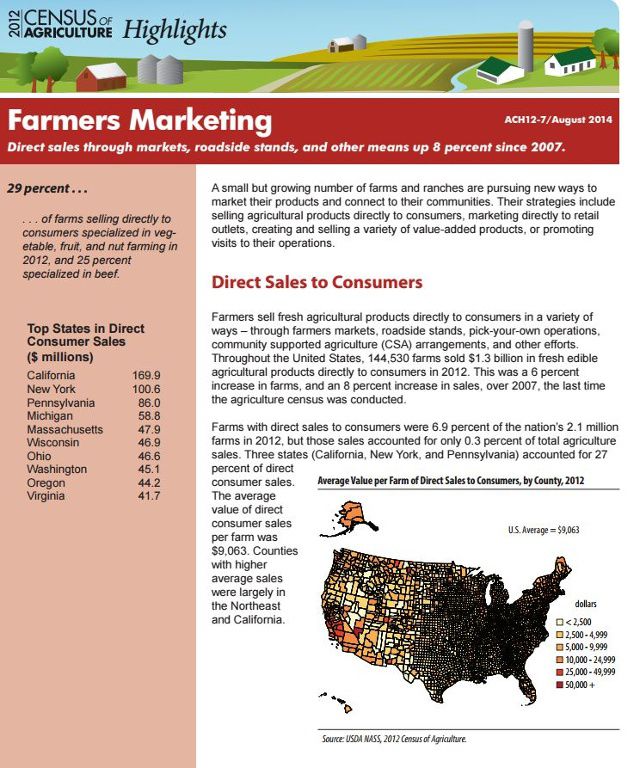 According to the United States Department of Agriculture (USDA), “Farmers markets are an integral part of the urban/farm linkage and have continued to rise in popularity, mostly due to the growing consumer interest in obtaining fresh products directly from the farm. Farmers markets allow consumers to have access to locally grown, farm fresh produce, enables farmers the opportunity to develop a personal relationship with their customers, and cultivate consumer loyalty with the farmers who grow the produce.”

“Local” continues to be the catch phrase spurring the continued growth in farmers markets. Though the term has a geographic connotation, there is no consensus on what clearly defines local. But for Arizona Farm Bureau, a statewide organization, we define “local” as being within our state’s borders.

Since 2007, we’ve maintained a listing of our state’s farmers markets. Our own searchable database of statewide farmers’ markets on www.fillyourplate.org exclusively features our state’s premiere Arizona farmers’ markets. The idea behind this tool, versus a static list, is that the participant can search by city and county to determine which one they want to go to. We keep the list regularly updated too!

At last count, Arizona Farm Bureau’s listing on Fill Your Plate was just over 100 farmers markets. And while this number in no way represents all the markets in Arizona, it reflects the premium markets in Arizona.

How Our Arizona Farmers Markets Rank

While we couldn’t find a source that gives us thumbs up or thumbs down on how our Arizona Farmers’ Markets rank, Arizona Farm Bureau can tell you lots about ours. And, in our eyes (and tummies) they rank at the top.

Arizona Farm Bureau staff and other Farm Bureau members regularly visit our Farmers markets throughout the state and have uncovered an immense variety of wonderful produce and local meats. Additionally, some special artisan foods can be found at our farmers’ markets in Arizona.

What you’ll come to love about Arizona Farmers’ Markets is the year-around variety that is not common in most other states (with the exception of California and Florida). Our Arizona climate lets us plant and harvest every month of the year. So in Arizona, you can attend an open-air farmers market in January where an enormous array of winter vegetables can be found.

Says one Farm Bureau member, “I love our markets because of the year-around opportunities for shopping the local markets. I’ve become very dependent on visiting the one nearest me no matter what time of the year it is.”

According to USDA, for farmers’ “direct” market data in Arizona, using 2012 Census of Ag data of direct sales for human consumption including roadside stands, farmers’ markets, Pick-Your-Own and more the data show that in Arizona no more than 0.2% of total value of sales is from “direct sales.” There were 1,216 farms in Arizona that sold directly for human consumption in 2012 with a total value of $7.96 million.  Here’s a brief breakdown sales.

Nationally, there were 144,530 farms that sold directly for human consumption valued at $1.31 Billion or 0.3% of total Value of Agriculture Sales nationally.

Farms with direct sales to consumers were 6.9% of the nation’s 2.1 million farms in 2012, but those sales accounted for only 0.3% of total agriculture sales. Three states (California, New and Pennsylvania) accounted for 27% of direct consumer sales. The average value of direct consumer sales per farm was $9,063. Counties with higher average sales were largely in the Northeast and California.