"This poll is great news,” says Arizona Farm Bureau President Kevin Rogers, farming with his family in central Arizona. “It shows that Farm Bureau policy to update and revise the ESA is online with what the public also wants. We will continue to push Congress to update this Act to utilize the current tools we have to improve the recovery rate of endangered species.” 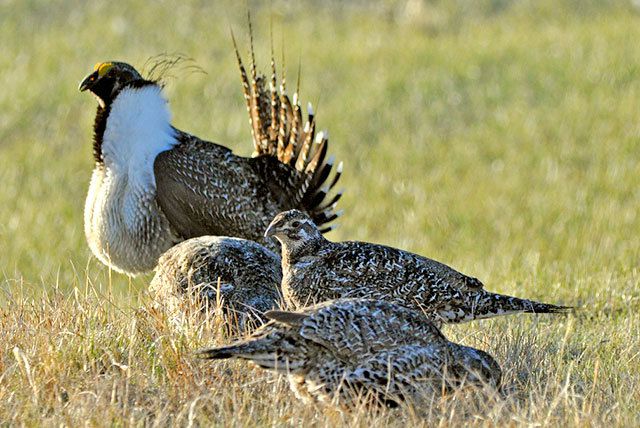 Due to the success of state and local conservation efforts, the Fish and Wildlife Service recently announced its decision not to list the greater sage grouse as an endangered species. American Farm Bureau and state Farm strong supporters of meaningful recovery efforts and count this decision made just last month as a testament to the great strides states and landowners can make when they work cooperatively to develop effective wildlife management plans.

“The intent of the Endangered Species Act is inspiring, but results have been less so,” American Farm Bureau President Bob Stallman said. “Farmers, and environmentalists agree that we must save wildlife facing preventable extinction, but the current recovery rate of less than 2 percent shows the law is a failure.

“Today, many landowners hesitate to establish habitat that would help endangered species. That’s so because the law itself makes it impractical for them to use their land once they have made the effort to help in the first place. The ESA can and must be modernized to protect endangered species and respect private property rights. Neither agriculture nor the endangered species time to wait.”

Arizona Farm Bureau’s First Vice President agrees. “The Endangered Species Act was enacted with overwhelming support in 1974 because the intent was a laudable effort to recover species at risk of extinction,” said Stefanie Smallhouse, a rancher with her husband, Andy, in southern Arizona. “Over forty years later, only one percent of the species listed at risk have been recovered.  Folks are beginning to see the effects of a hijacked ESA. All the focus has been on controlling land uses instead of working with landowners cooperatively to recover species which occur over 60 percent of the time on private lands. Over the entire communities have shuttered up because of abusive implementation.  This is a positive sign for landowners who wish to do more to recover species but fear regulatory backlash or litigation.”