By Katie Aikins, Arizona Farm Bureau Associate Director Ag Education: July turns to many of our Arizona teachers and students are headed back to the classroom. For six Arizona Ag Teachers, back- was last week! Through a partnership with the Arizona Farm Bureau Ag in the Classroom Program (AITC) and the Grand Canyon State Electric Cooperative Association (GCSECA) six teachers were able to visit Arizona’s energy producers to see how all of our lights stay on and what it takes to keep us cool through the sweltering summer. Who are these 6 teachers? 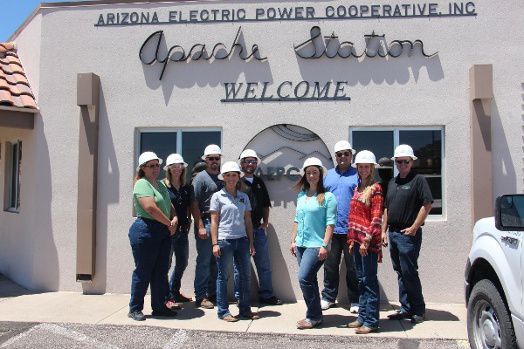 Day 1, Lights On … Or, What It Takes to Flip on the Switch

Thanks to the sponsorship and coordination of the Grand Canyon State Electric Cooperative Association and their cooperatives, teachers were able to see the variety of ways that power is being generated across the state. The first stop was the Apache Generating Station in Cochise, Arizona. The teachers received a one-of-a-kind tour from Plant Manager Mike Nelson. Mike shared with the teachers not only how power is generated using coal, but also the environmental precautions that are taken and the impact of coal generation on Arizona’s power grid. 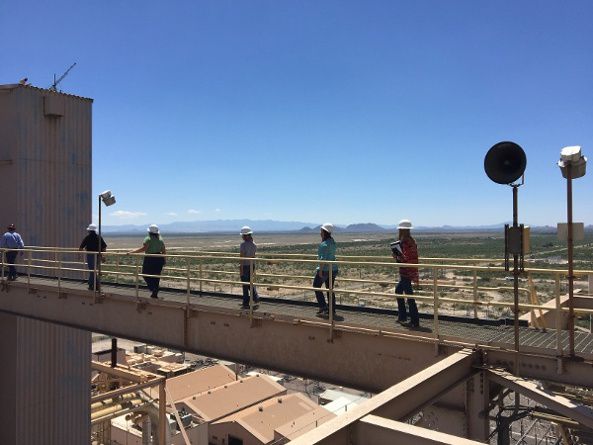 The next stop found teachers at Arizona G&T, the member-owned generation and transmission cooperative, that owns the Apache Generating Station. Here teachers realized that power is actually bought and sold in both structured and bilateral markets! The highlight of the stop was being able to see both the trading floor and control room to help understand the complexity of what has to happen for there to be power when the consumer flips on the switch.

Tucson Electric Power’s (TEP) Sundt Generating Station was the 3rd stop for teachers. This generating station uses mostly natural gas, although Solar is also a part of the TEP’s power generation. An important take-away from this tour was the impact of renewable energy sources on the grid. Due to the uncertainty of the energy source (clouds, of the sun, no wind, and more), power generators have to consistently be monitoring many variables to assure a reliable power supply to the customer. This is when teachers learned about the gas turbine technology. A gas engine, equated to that of an airplane engine, is strapped to a generator. This is used for a quick load booster and then shut down. It is important to have in times of shortages because it can be fired up and delivering energy in less than 15 minutes whereas the steam generators can take up to 24-hours to get to the grid from a cold start.

The last stop of Day One was at TRICO Electric Cooperative, a non-profit member-owned cooperative that serves over 43,000 customers in northwest Tucson, Marana, Corona de Tucson, Sahuarita, Green Valley, Three Points, Arivaca, and Sasabe. This stop was unique in that TRICO is not a generator of power but a distributor of power. TEP and the Apache Generating Station are the generators of the power used in these areas. TRICO manages and pays for the neighborhood substations, the distribution lines that carry power to the houses and the transformers on the poles that step down the voltage before it enters the home or business.

The second day of tours was as equally exciting as the teachers found their way to Salt River Project (SRP). They learned that SRP, unlike the member-owned cooperatives, is an investor-owned utility. It has ownership in generating stations and runs power generated by coal, solar, hydroelectric, and nuclear generators. The focus of this tour though was the hydroelectric power generated at Arizona Falls. Teachers also had the opportunity to visit the Falls that generates enough electricity to power 150 homes. It might be small, but there is a story to be told there! 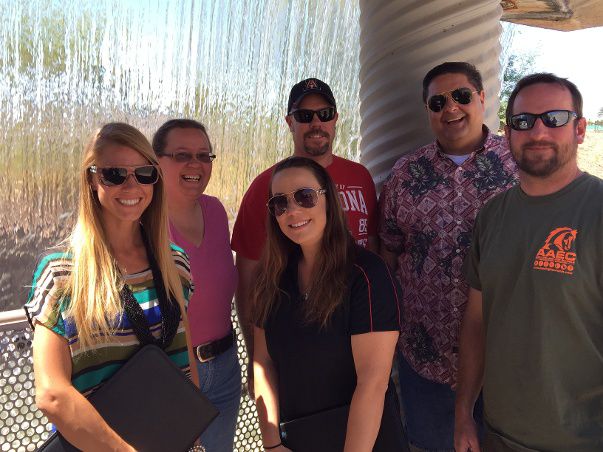 The last stop on the tour was the Palo Verde Nuclear Education Center off I10 and Verrado. What an experience! Not only did teachers learn about the process of using nuclear to generate power but they also learned that the Palo Verde Nuclear plant is the largest power generator in the United States producing enough energy to serve the electricity needs of 4 million people. If you get the opportunity to stop by yourself, you should!

Now that the tours are over, these talented teachers are taking what they learned and developing middle and high school lesson plans that will be available through the Farm Bureau AITC Program’s Energy and Agriculture Curriculum releasing spring 2017. Along with the curriculum being developed by the teachers, the AITC Program is also developing an Energy and Ag Agricultural Magazine to provide kids with a go-to resource when learning about Arizona energy. 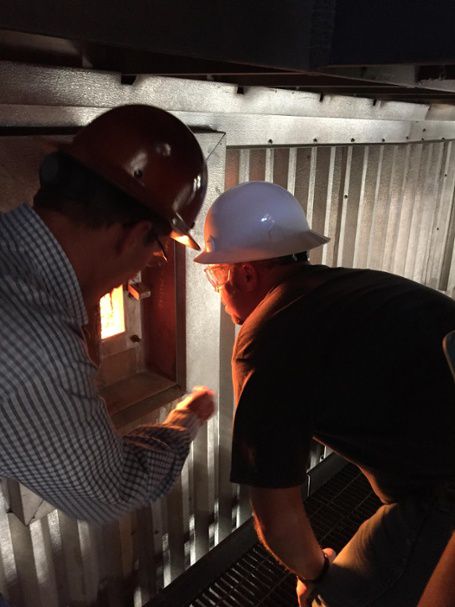 A special thank you to all of those who have supported and continue to support the efforts of this curriculum project.  Tours were sponsored and provided Grand Canyon State Electric Cooperative Association, Inc., Arizona Farm Bureau’s Ag in the Classroom, Arizona G& T Cooperatives, TRICO Electric Cooperative, SRP, and APS.