Arizona Agriculture, a Fraternity of Builders

By Harold Payne, farmer and water management expert writing in an electronic note sent to Arizona Farm Bureau’s Julie Murphree in November 2014: I read the article you wrote about your parents along with some of the other tributes to Arizona farming families. They are most enjoyable to read, especially if they are a farm family I have been acquainted with. I particularly enjoyed the article describing your father and mother’s careers and life interests. 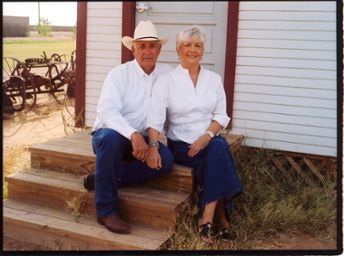 Pat and Pennee Murphree and Harold Payne. They represent the fraternity of Arizona agriculturalists that have helped make this state something special in the desert southwest.

I worked alongside Pat during the years he was employed at Gila River Farms and also did irrigation management consulting for him on the private farms he owned and operated. As a matter of fact, I can remember where I was on his farm the day it officially hit 122 degrees in Phoenix a number of years ago. Your father and mother embody the of the local farming clans that derived their livelihood by working the land, taking risks, subjecting themselves and their fortunes to the whims of nature, seeing the good in natural processes of life, and caring for family, friends, community, and their resources. I have some fond memories of riding around the farm with Pat at the end of a long day while he sipped a cool refreshment, looking at the crops, checking the irrigation water progress, talking politics, family, whatever came to mind. I met up with him last year at an event and it was refreshing to see that he stays busy in retirement, which is always a scary proposition to me and others of my age.

Pat’s aviation hobby was always fascinating to me even though I never shared his passion, due most likely to a weak stomach for flying in small planes and never being comfortable with being at such an acute angle to Mother Earth below. I am glad he has continued to fly and has taught your brother, Curt, that unique skill.  I was around Pat when he perfected the portable ditch , which I still use every season to measure water on the farm I manage and on other farms. We were at an Irrigation Field Day at the U. of A. once, and the local Extension Irrigation was demonstrating its use in an irrigation ditch. Unfortunately, he placed it in the ditch and continued to lecture about the benefits of being able to measure water at will. Pat and I looked at each other, and he quietly went over, pulled the portable out of the ditch and discreetly flipped it over without saying a word.  That was his way. 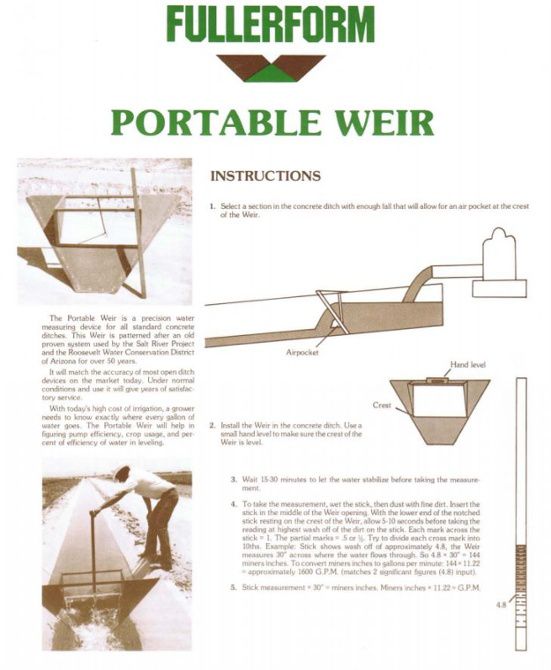 The specifications to the portable Weir Pat Murphree invented can still be found on the web. The demonstration photos show Pat using the .

It is interesting to see how few of the sons and daughters of my and Pat’s generation have continued in their footsteps. I know it is due in large part to the high level of risk associated with farming, the continued pressure economically on the farming enterprises as costs skyrocket but commodity prices are rather stable, the many other opportunities that await young people who receive training and education, and the rural lifestyle that does not compete with the urban environment for many people.

I come from a large farming family with roots in the Gila River Valley in New Mexico. At a recent family reunion in New Mexico, on the farm that my grandfather broke out of desert back in 1914, my oldest cousin, who was in charge of the reunion, asked any of my 41 first cousins that still derive their livelihood from farming to stand. I looked around and I was the only one standing. I am thinking, “What did I miss out on?”  Then I realized that they were the ones that missed out, as my career has been rewarding and fulfilling as well as provided very well for me and my family for thirty-three years. I also have a large family, consisting of nine children, and somehow managed to cure all of my sons and daughters of wanting to farm. They also saw the need for a good education to provide greater opportunities for themselves and became several different things in life, including a real estate broker, civil engineer, two attorneys, a police officer, a computer expert, a graphic artist, an SRP lineman, and the last one is still a college student/graphic artist. As the farming operations have moved from small family farms to large corporate entities to respond to the needs for efficiency and economic stability, those who remain must adapt to the business practices that are required for successful operation of these enterprises, and they do require good educations, business management skills, along with the natural intuition that comes from being raised in a natural environment observing how life operates on the and being armed with the core values of hard work, honesty, and service to others that are inherited naturally in these types of families.

We in the farming community appreciate your work and the important causes embraced by you and others of the Arizona Farm Bureau. Our message is getting lost between the many competing voices out there now and the educational efforts done by Farm Bureau are badly needed.

Editor’s Note: I came across Mr. Payne’s very gracious and memorable email and felt his overview of our times including the remembrance of my mom and dad – which is a treasure – worthy of sharing with the farm and ranch community because we are a fraternity of primary builders that must never be neglected.