By Ana Kennedy Otto, Arizona Farm Bureau Government Relations Manager: The Arizona Farm Bureau Federations (AZFB) is a grassroots organization made up of farmers and ranchers from all across Arizona who generate $17.1 billion in economic impact to the state’s economy. According to an economic analysis by the University of Arizona, grazing is the dominant land use in Arizona making up 73 percent of Arizona’s total land area. As a result, livestock production and ranching are a critical component of the state’s agricultural industry. In 2011 the beef industry contributed $1.7 billion to the state’s economic output. 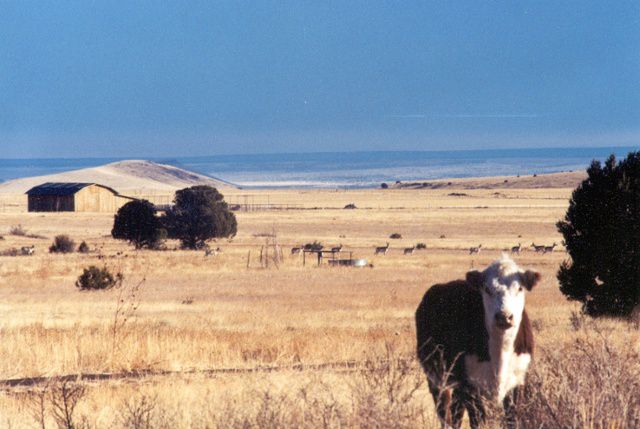 Studies prove that not only do wildlife and cattle coexist in harmony (see of antelope in ), but ranching has been found to be the best form of management available today.

Our ranchers who graze livestock on federal lands are concerned with how the proposed Mitigation Policy from the U.S. Fish and Wildlife Service will impact their ability to operate on these lands and the limitations that could be imposed on their private land as well.

So, in June Arizona Farm Bureau filed comments on the proposed revisions to the U.S. Fish and Wildlife Service Mitigation Policy sharing their concerns.

As a member of the American Farm Bureau Federation (AFBF), we support the comments they have submitted regarding the proposed revisions to the U.S. Fish and Wildlife Service (FWS) Mitigation Policy. We concur with their comments that raise concerns regarding how the Policy will apply to the Endangered Species Act, application of the landscape-scale approach, net conservation gain, compensatory mitigation, habitat valuation, and the recommendations to mitigate the impacts of proposed actions.

We further agree with AFBF’s statements that the FWS needs to:

“An issue of concern is the discussion of irreplaceable natural resources in the proposed Policy,” says Arizona Farm Bureau President Kevin Rogers. “This seems to be another way designate and further limit the productive use of our state’s natural resources. Arizona leads the nation in land cut off from productive use to activities such as livestock grazing by having the most national monuments of any state. We do not need another method that allows the federal government to further restrict multiple of Arizona’s federal lands.”

Rogers adds, “We appreciate the opportunity to file these comments and urge that any final policy issued by the Service reflect these concerns and recommendations.”