By Julie Murphree, Arizona Farm Bureau Communication and Organization Director: True, Arizona celebrates the revival of our heritage wheat varieties, but did you know that Arizona grows prized Desert Durum wheat for its gluten strength, something we’ve been doing for decades. And, the international markets love our Arizona . 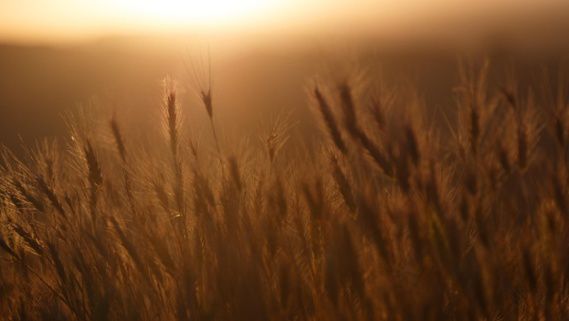 The state has been a major supplier of wheat for Italian pasta makers since the 1980s, often considered one of Arizona’s grain industry’s biggest success stories but also our biggest secret. In 2015, there were as many as 150,000 acres grown with a production of 15 million bushels, according to USDA’s National Agricultural Statistical Services. However, last year's crop was only 90,000 acres.

Grown in Arizona and California’s Imperial Valley, Desert Durum is highly prized for its gluten strength and yellow color.

And wheat, certainly Desert Durum, has quite an impact on Arizona’s economy. According to the USDA, Arizona wheat brings in anywhere from $50 million to $60 million to the state. According to Arizona Grain Research and Promotion Council, the Desert Durum crop from Arizona and southern California averages an annual export rate of about 50%. In 2013, according to USDA Marketing reports, the export percentage was 46. In 2014, it was 52% and in 2015, it was 55%.

The certification mark issued by the U.S. Patent and Trade for the Desert Durum variety must be grown under irrigation in the low deserts of Arizona and California and must be comprised of at least 90% of a lot to be classified with the Desert Durum label. One reason is that the low desert allows growers to produce year after year, field after field, a consistent quality product, unlike, for North Dakota, that is often hindered due to weather challenges for producing a consistent quality wheat.

Users of the Desert Durum term must obtain permission to do so from the Arizona Grain Research and Promotion Council and the California Wheat Commission.

Durum wheat is considered the hardest wheat, making it ideal for milling into semolina to make pasta shapes. And Arizona Desert Durum also has the lowest moisture content at 7% compared to other durum wheat from other parts of the country. The lower moisture content and large uniform kernels yield higher semolina extraction rates than from other regions results in shipping less water.

Although Italy is the top importer of Desert Durum, the wheat is also exported to countries including Spain, and Nigeria. Some of the wheat does stay local, going to the TreeHouse Foods' (formerly American Italian Pasta Company) plant in Tolleson, Arizona.