By Joe Sigg, Arizona Farm Bureau Government Relations Director and Ana Kennedy Otto, Arizona Farm Bureau Government Relations Manager: Senator John McCain and Representative Martha McSally both have challengers in the upcoming general election race. While not running as a team, we single them both out for their strength on natural resource issues and national defense. 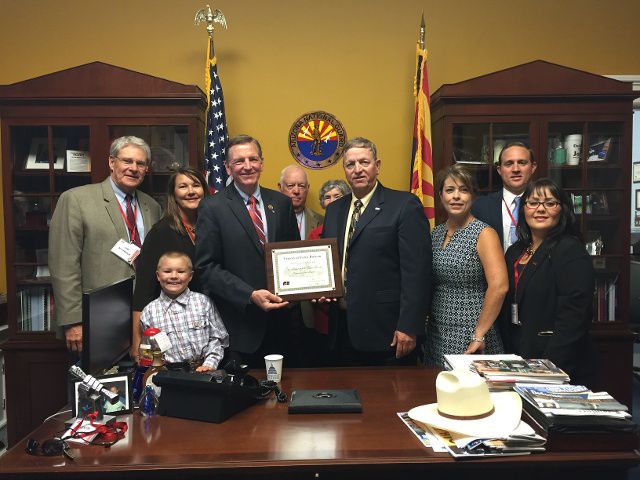 As to the former, we have found our organization to be very compatible on these issues, and the knowledge, and strength they both bring our country on national defense and security are key for us.

We have endorsed Senator McCain in the past for both the Presidency and the Senate, and despite having a good relationship with his challenger, nothing has changed in our respect for the Senator, but we do add that he was given a Friend of Farm Bureau award by the American Farm Bureau.

Representative McSally (R-District 2) had a 100% rating from the American Farm Bureau in her award of the Friend of Farm Bureau. We appreciate her work in the U.S. House.

Additionally, Representative Paul Gosar (R- District 4) has earned a reelection endorsement from the Arizona Farm Bureau for his consistent support and active engagement on issues ranging from government overreach by the Environmental Protection Agency and the Forest Service to national monument designations and the Mexican wolf. Congressman Gosar’s voting record also earned him the Friend of Farm Bureau award, which was presented to him in September in Washington, D.C. by President Kevin Rogers and Arizona Farm Bureau’s National Government Relations Committee.

Based upon general support for Farm Bureau and its policies and priority issues established by the American Farm Bureau Board of Directors, the “Friend of Farm Bureau” award is given at the end of each Congress to those members of Congress who were nominated by their respective state Farm Bureaus.