By Staff Reports, Arizona Farm Bureau: According to Trip, a private nonprofit organization that researches, evaluates and distributes economic and technical data on surface transportation issues, Arizona ranks 7th in the top 25 states with the highest rural road fatality rate in the country. Additionally, 35% of Arizona’s major roads are in poor or mediocre condition. Driving on roads in need of repair costs Arizona motorists $2.4 billion a year in extra vehicle repairs and operating costs, approximately $481 per Arizona motorist. 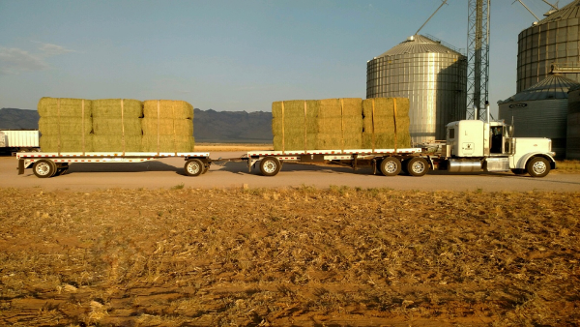 Adds TRIP, America’s rural transportation system is in need of repairs and modernization to support economic growth in the nation’s Heartland, which is a critical source of energy, and fiber. Rural America is home to an aging and diverse population that is heavily reliant on the quality of its transportation system. All this and more is according to a new report recently released by TRIP.

Arizona Farm Bureau President Kevin Rogers explains that rural roads play a big part in getting crops and livestock to market. “It’s time to make these roads and bridges a priority,” he said. “These projects have been on the back burner too long and it’s time to put them on the top of the list.”

“Rural roads are far too often overlooked. With fatality rates rising, repairing and maintaining the nation’s roads must be a top priority for legislators,” said Kathleen Bower, AAA senior vice president of public affairs and international relations. “By investing in improvements for today and tomorrow, we can deliver safer experiences for motorists and save tens of thousands of lives.”

“Farmers and ranchers depend on rural roads, and bridges to move their products to market,” said Zippy Duvall, president of the American Farm Bureau Federation. “Transportation delays and costs take a bite out of our profitability and competitiveness and impact the quality of rural life.  Securing the appropriate resources at the local, state and federal levels will allow for the improvements needed to provide a rural transportation system that will keep goods moving and foster economic growth.”

“We applaud the president, the new administration, and members of Congress for leading the conversation on an issue of critical importance to our economy: rebuilding America's infrastructure,” said U.S. Chamber’s Executive Director for Transportation Infrastructure Ed Mortimer. “The American business community looks forward to developing and implementing a long-term plan that will bring our nation's rural and urban infrastructure up to speed and spur economic growth. Now is the time to take action and to get the job done.”

“The safety and quality of life in America’s small communities and rural areas and the health of the nation’s economy ride on our rural transportation system. The nation’s rural roads and bridges provide crucial links from farm to market, move manufactured and energy products, and provide access to countless tourism, social and recreational destinations,” said Will Wilkins, executive director of TRIP.  “Fixing the federal Highway Trust Fund with a long-term, sustainable source of revenue that supports the transportation investment needed will be crucial to the modernization of our rural transportation system.”