By Joe Sigg and Ana Kennedy Otto with Arizona Farm Bureau’s Government Relations team and Julie Murphree with the Communication, Ag Education and Marketing: Each candidate vying for Congressional District 1 was asked to answer three critical questions important to our farm and ranch constituents from this large and important district. These questions represent the agriculture community and deserve the candidate’s critical attention.

Over the years, we’ve seen the federal government’s encroachment on state lands and the abuse of the Endangered Species Act. Now, rural counties are facing issues with the Affordable Health Care law as reasonably priced and viable insurance options dwindle. In Pinal County, not a single insurer was willing to offer a marketplace option to the nearly 10,000 people now enrolled until Blue Cross Blue Shield of Arizona announced last month that it had decided to maintain its presence there after reporting rates will increase by 51% in 2017.

The two candidates in the general election are Republican candidate Paul Babeu and Democratic candidate Tom O’Halleran. Their answers follow. 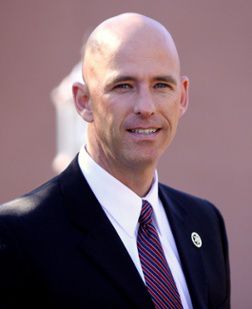 The federal government owns at least 42 percent of Arizona’s vast land. But their stewardship and rules about how the state must maintain its lands prevent responsible costs taxpayers and threatens our private property rights.

Nowhere is that more evident than in two federal initiatives: The reintroduction of the Mexican gray wolf and a new Grand Canyon National Monument.

President Obama is considering turning 1.7 million acres near the Grand Canyon as a new national monument that would be off limits for economic development, especially mining and grazing.

The state and local communities are fighting environmentalists and the Obama Administration to restrict of the gray wolf in certain areas of Arizona. I will champion that fight. Much of the gray wolf population should reside in Mexico. But introducing them to areas in northern Arizona outside what is believed their natural habitat makes no sense. This expensive proposition wastes money and time. The gray wolf has a home and it is in northern Mexico.

The Environmental Protection Agency powers also must be reined in. The EPA is looking to shutter coal-fired power plants across the country, including several in Congressional District 1. The EPA is out of control and Congress must come to the aid of Arizonans who would have to pay substantially higher utility rates if coal plants shut down. The Navajo Generating Station is a huge economic driver for the Navajo Nation but it also powers the Central Arizona Project canal that feeds Colorado River water to millions of residents and many farmers. I will fight any effort to close NGS.

Obamacare must also be replaced. The alleged Affordable Care Act provides little care and is not affordable, at least for . In 14 of the state’s 15 counties, only one provider is available for residents. In Pinal County, we lost all providers until Blue Cross/Blue Shield decided to serve residents there. However, it requires a substantial government subsidy and a large increase in premiums.

There’s a better way. We must open up health care plans to . As we all know, competition means better outcomes with smaller price tags. I will work with House Speaker Paul Ryan to replace Obamacare with something that provides real health care options for Arizonans without a huge price tag for government or businesses.

It is the federal government ends its intrusive ways and allow Arizona to prosper. When I am elected to Congress, one of my priorities will be rolling back the many regulations that blunt Arizona’s success. 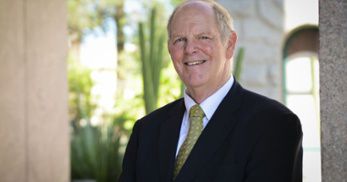 As to the Grand Canyon Monument: I have publicly supported this monument. However, I do believe there are far too many executive orders and Congress should be doing its job, so the debates can take place between locally elected members of Congress and their constituents. Moreover, I do not favor actions that stymie economic development, tourism, and property rights. Arizona’s rural communities need jobs and job growth, along with respect for our heritage, and this does not begin with eroding jobs that already exist in these areas. For example, some of our best paying rural jobs are in the energy sector of District 1, and it makes no sense to disrupt this job when we already need more.

Resolving conflicts over the Mexican wolf issue: Interestingly enough, this is the first time this question has been asked in the campaign, but I appreciate the issue is important to outdoor enthusiasts, as well as many in the ranching community. The specific answer to the question is conflict over public policy issues can only be resolved by all interests putting their issues forward … all interests, all parties have to achieve some solutions, and everyone has to leave something on the table.

What is the solution to the failure of Affordable Health Care in rural Arizona? We must keep in mind that this issue begins and ends with people … with their families and their lives. This is one of those public policy issues that personal impact, and we cannot toy or tinker with it for political ends. Clearly, Affordable Health Care is not working well in many ways and needs to be repaired, so our citizens have access to reliable and appropriate health care. We cannot go on this. We need to look at the networks and the apparatus to pinpoint problems, profit issues for the providers and cost drivers. Where the marketplace has dried up access to providers, we need to step in, at least with band aids (the Medicare structure is one way), if only temporarily, while potential providers and the government can work out new marketplace solutions.

Editor's Note: This article originally appeared in the October 2016 issue of Arizona Agriculture