In September, a group of Farm Bureau leaders traded the desert for the Potomac for our fall visit to the Capitol. The trip was a productive and successful one that included meetings in the offices of every member of our congressional delegation (especially thankful that Representatives Martha McSally (R-District 2), Paul Gosar (R-District 4), Trend Franks (R-District 8), David Schweikert (R-District 6), Kyrsten Sinema (D-District 9), Tom O’Halleran (D-District 1), and Senator Jeff Flake were all able to meet with us in person) and to BLM, USDA, and EPA.

Our prepared talking points centered around tax reform, the Farm Bill, labor reform, NAFTA, and gray wolf and wild burro control. But, as tends to happen in Washington, not all the conversations went as planned. This was partially because the trip fell at an interesting time: the same week we were there, President Trump announced his executive order repealing the Obama-era DACA rules, and the House brought the remainder of the omnibus spending bill, and the hundreds of amendments thereto, to a vote on the floor. So even though it meant some shuffling of appointments and a little more chaos than usual, we had the unique opportunity to see our delegation’s real-time response to two major issues. 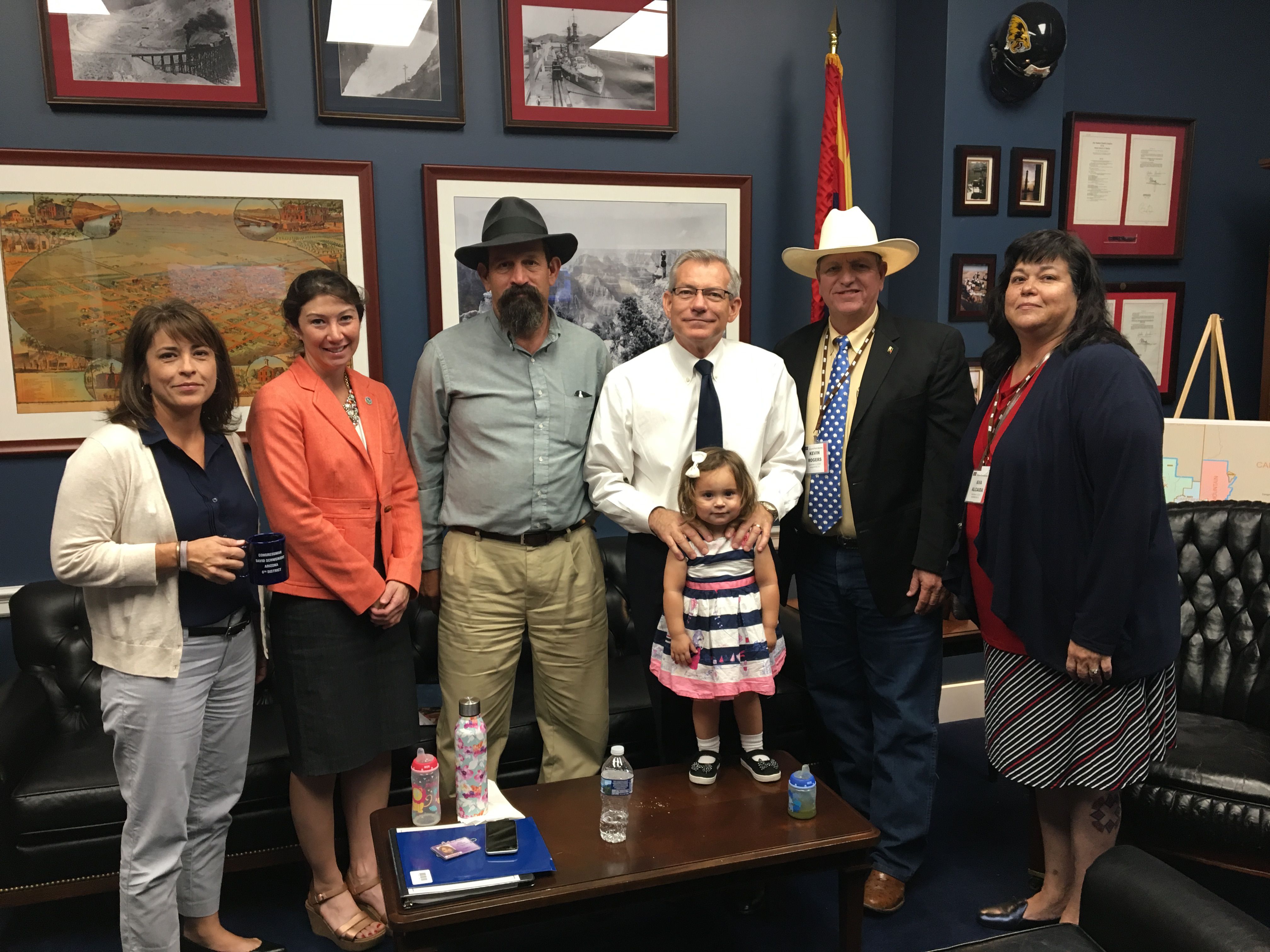 Every member we spoke with expressed a commitment to filling the gap left by President Trump’s announcement. The fixes proposed varied widely from office to office, but one thing was consistent:  DACA is viewed as a problem requiring swift action, and an opportunity for broader reform along the way. We fully expect any DACA fix to have broader immigration reform attached to it, and the recent discussion between the White House and leading Democrats only affirm this expectation. From Farm Bureau’s perspective, we’re hopeful: DACA may pose one of the first real opportunities in quite some time to get workable immigration reform, such as a guest worker program, passed. As one staffer put it, “it’s highly likely that President Trump will be the one who signs actual immigration reform into law.”

Another topic at the forefront of our conversations was tax reform. Consistently, we heard that tax reform  will happen, but it may not happen as quickly or as transparently as many of our delegation and members would like. We also heard multiple times that the talks are happening “behind closed doors,” much to the frustration of those who aren’t invited into the conversation. We also discussed the upcoming Farm Bill, and were happy to hear many of our officials express a commitment to putting cotton back into Title I.

But if I were asked to express the biggest takeaway from our trip to Washington, I’d have to say it was most prevalent in our agency meetings with BLM, USDA, and EPA. For years, we’ve been saying that major administrative and procedural changes are necessary to make those agencies more effective and less burdensome. We’ve been saying for a while now that we finally feel like Washington is listening, and we saw confirmation of that during this trip. From a proposal for reorganization at USDA, to a common-sense approach to fixing a decades-old land access issue at BLM, to a new EPA official dedicated solely to improving processes and communication within that agency, real change isn’t just being discussed: it’s actually being implemented. Of course, the change may not be happening as quickly as we’d like – it will be helpful when more appointed positions are nominated and Senate-confirmed, for example – but the wheels of change are turning in the right direction.

So, now more than ever, it’s time for us to strike while the irons are hot by reaching out to our officials and explaining to them the needs of our industry and the ways they can help make government work for us, and not against us.