By George Frisvold, Ph.D., Professor and Extension Specialist in the Department of Agricultural & Resource Economics for the University of Arizona: Several trends have contributed to serious concerns and not-so-serious media panics over water shortages in the West. And, balancing water supply and demand becomes even more challenging when also accounting for protections for endangered fish and other species.

The trends? First, many western states have been in the grip of a multi-year drought. Second, the 1922 Colorado River Compact that allocated the river’s waters between states “over-allocated” water – in short, states have rights to more water than is available in average annual stream flows. Historically, we have gotten around this problem by relying on our extensive reservoir systems that store water in wet years with more snowpack and because some states have not taken their full allotments of water. Yet, we’ve had fewer “wet” years and Colorado Basin states are demanding more water. Western states have the highest population growth rates in the nation. California, though not growing as fast, has been adding enormous amounts of people every year. Despite the bursting of the housing bubble (that hit Arizona, California, and Nevada hard) and the following recession, economic growth in the West over the last 15 years has been faster than the United States average.

The is this – in Arizona and much of the West there is simply less water available, while there are more people and industries demanding more water. 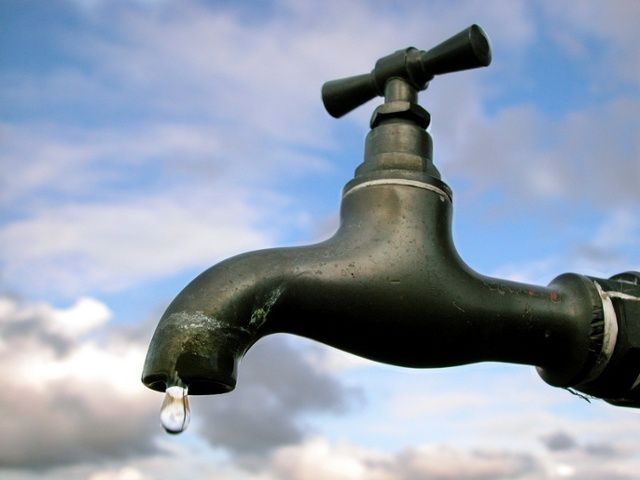 While urban and industrial water withdrawals in Arizona have risen by 68%, Arizona’s agricultural water withdrawals have fallen by 35%, this is partially due to the increase in development and the decrease in farm land. However, some of the reduction can be attributed to improved water management methods by agriculture.

The Data Will Tell the Real Story if You Let It

Over the past two years, there has been a steady stream of news stories blaming agriculture for either current water shortages or potential shortages in the future. It is often pointed out that agriculture uses more water than other industries. This is true, but it has always been true.  Yet, over the last 30 years, while urban and industrial withdrawals in Arizona have risen by 68%, agricultural water withdrawals have fallen by 35%.  Next, it is argued that growers have not adjusted to water scarcity by shifting to less water intensive crops or by adopting more efficient irrigation practices. Implicitly or explicitly, media stories argue that agriculture should be doing more to conserve water.

Other pressures have accompanied this media pressure on agriculture. First, growers fear that their long-established water rights may be threatened via regulatory pressures. Second, food and fiber processing companies that buy agricultural commodities are increasingly trying to demonstrate that their food products -- clothes, fabrics and so on -- are produced sustainably, with a low “water footprint.” A water footprint is the amount of water used to produce each of the goods and services we use. You can look online and see estimates of water footprints from everything from cotton t-shirts to pizza slices. Agricultural producers are being increasingly asked by industry to demonstrate that their crops have low (or improving) water footprints. Because of Arizona’s hot, dry climate people often assume that our production necessarily has a high water footprint. As I will get to in a minute, this isn’t necessarily true.

First, though, I want to highlight some results of two research studies I completed last year. One looked at cotton, the other small grains (primarily wheat and barley) in Arizona. The basic questions in each was, what have Arizona growers done to improve the efficiency of their water use and how much water have they conserved over the past 30 years? The answer is that Arizona growers have done quite a lot. In 2013 alone (the most recent year USDA provides data), Arizona growers of all crops spent $53.3 million on new irrigation-related equipment, facilities, land improvements, and computer technology. These investments in irrigation improvements averaged $151 per acre and $42,939 per farm. Of this $53.3 million, $12.2 million were investments primarily to conserve water, while another $1.1 million was devoted to conserving energy. Improvements in efficiency and changing cropping patterns have made vast amounts of water available for residential, industrial and environmental uses.

Let’s start with small grains. Over the last 30 years, the amount of water that growers apply to produce a bushel of wheat has fallen by 18% and by 17% for barley. Over this time, water applied annually per acre to wheat and barley fell by 10%. Given 2013 acreage of these crops, growers were applying 37,066 fewer acre-feet of water than if they were applying water at the higher rates of 1984. The year 2013 is the most recent year that USDA provides detailed statistics on irrigation water use, while an acre-foot of water is the amount of water needed to cover an acre of land one foot deep in water. This reduction in water applications is equivalent to the annual residential water use of 376,029 people in Tucson. Put another way, this reduction in applications is equivalent to 40% of water deliveries Tucson Water makes to all its customers (residential, commercial, and industrial) over its entire service area, which includes more than 700,000 people.

Research on irrigation efficiency in Yuma County, Arizona highlights the important role of wheat planted in rotation with vegetables in water conservation and farm profitability. Since 1970, many Yuma County acres have shifted from continuous and long-season crops to vegetable-wheat rotations. Multi-cropped systems use less water because wheat following vegetables matures in late spring, eliminating the need to irrigate in the latter half of the summer, when there is high evaporative demand. The shift to wheat-vegetable rotations has reduced per acre water use by 24% -- 56% compared to previous cropping patterns. The shift to rotations has also dramatically improved economic water productivity – the dollar value of crop production per acre-foot of water consumed. Compared to older cropping patterns, wheat-vegetable rotations increase economic water productivity in the county by 9 to 21 times!

Some recent reports have suggested that Arizona durum wheat has a substantially larger water footprint than wheat production in other areas. Some of the data reported in these studies, though, don’t match the original data sources that they cite and have with unexplained omissions and changes to data that overstate the water footprint in while understating it elsewhere. But, using better data to develop more accurate estimates, Arizona durum wheat production has a water footprint that is lower (in some cases much lower) than many other durum production regions.

Now let’s consider cotton. Over the past 30 years, water applied annually to cotton in California, Arizona, and New Mexico fell by more than 3.9 million acre-feet (MAF), a 71% percent reduction. This reduction in cotton’s water use is equivalent to residential water use of two-thirds of the entire population of these three states. Now, unfortunately a large part of this reduction has been a fall in western cotton acreage, but another factor is improved efficiency. In Arizona, the amount of water applied per acre on cotton has fallen 8%. Cotton’s water footprint – the amount of water applied to produce a bale of cotton – has fallen by 19%. Looking at the national level, the United States produces roughly the same amount of cotton as it did 30 years ago, but it now does so using about half the amount of water. The story out West is not one of cotton contributing to water shortages, but one of cotton growers trying to remain economically viable while reducing water use by an amount equivalent to two-thirds of all residential water use in California, Arizona, and New Mexico.

In Arizona and throughout the arid West, we may be facing ongoing drought and will certainly be facing greater urban water demands. Residential water users, industrial users, and agriculture all have a role to play in water conservation. A close examination of the data, though, shows that agriculture has been doing quite a bit – indeed the most -- to make more water available for everyone else.

Editor's Note: This article originally appeared in the August 2016 issue of Arizona Agriculture.