By Joseph Sigg, Arizona Farm Bureau Government Relations Director: Last year at the Arizona Farm Bureau Annual Meeting we had a panel discussion on unmanned aircraft systems, and it was well received, along with the displays of actual working drones. The applications and uses have simply exploded, and we have predicted for some time, we would be in a new era of changes in the law and regulations because our technology (once again), behavior and practices are well ahead of how we sort things out. 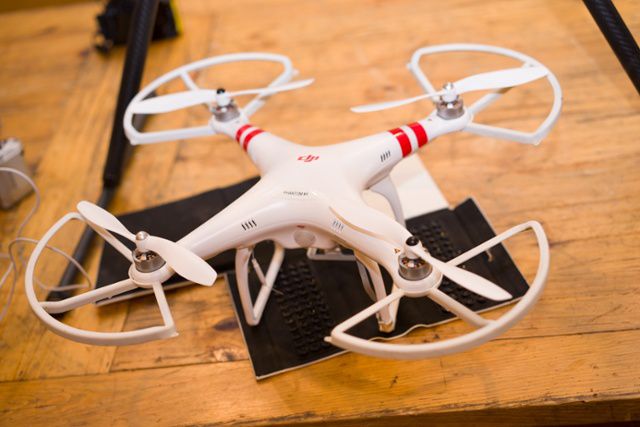 As drone technology’s economic opportunities get airborne, the states may need to address privacy and civil liberties issues while at the federal level operations and technical regulations are set.

But this technology, while having far ranging applications for agriculture comes at a cost, and not just in dollars. Increasingly there will be a learning curve for compliance.

the U.S. Senate is debating reauthorization of the Federal Aviation Administration and there are amendments specific to this issue. the FAA has issued new proposed rules (about four years behind schedule) which would place the ceiling at 500 feet, allow only for daytime flights and within sight of the operator. Additionally, operators would need to take a written exam.

Curiously, the FAA proposal does not deal with privacy and civil liberties, but some rules relating to this were issued separately by the administration. Clearly, more effort will be required for people to be comfortable and acceptable of these regulations.

And then there is Arizona Senate bill 1449 (from the Senate fact sheets) which the governor has signed into law:

Clearly, it is not a simple as buying the technology and reading the owner’s manual, and you can expect the evolution of regulations to change in the coming years as more and more experience is gained.

For additional insights on drone use in Arizona Agriculture and the industry in general, read “Will Arizona Agriculture’s Farmers and Ranchers Embrace Drones in Agriculture?” Additionally, “A Quick Update on Drones” reports on testimony the American Farm Bureau Federation presented to the Federal Aviation Administration on how American farmers and ranchers are using the drone technology. And finally, Arizona Farm Bureau sought legal counsel on drone use in “Drones: Fly the Friendly Skies But Check with Your Attorney First.”