By Ana Kennedy with contributions by Julie Murphree, Arizona Farm Bureau: In late June the Environmental Protection Agency and the U.S. Army Corps of Engineers (the agencies) finalized the Waters of U.S. (WOTUS) rule, one of the most significant regulations in our nation’s history. The rule, which the agencies stressed was meant to bring clarity to the Clean Water Act, instead has further muddied the waters. According to the analysis of the rule by the American Farm Bureau Federation, the final rule is even broader than the proposed rule and risk and uncertainty for farmers, ranchers, and anyone else whose livelihood depends on the ability to work the land. 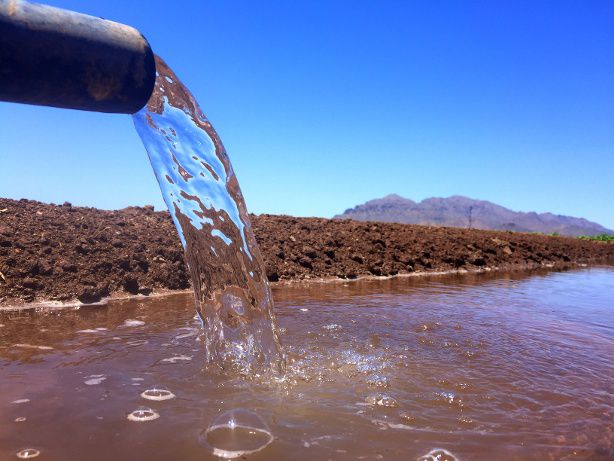 Under EPA’s new rule farmers and ranchers would need to hire consultants to determine if their land has features that would be jurisdictional, a costly especially for small and mid-sized farms. Plus, not complying with the rule can generate daily fines up to $37,500 and even jail time. (Photo courtesy Ryan Colville)

There a whole host of reasons to be concerned with the WOTUS rule especially given that it took well over 250 pages of supplementary information to explain a 9-page rule. Below are some of the noted concerns provided by the American Farm Bureau’s analysis (additional information can be found at www.azfb.org).

The rule will go into effect at the end of August. In the meantime, there are Congressional efforts to halt the rule. The House has already passed a measure that would require the agencies to withdraw the rule and start over again under a set of parameters. Arizona Congressional members who supported the measure included Franks, Gosar, McSally, Salmon, Schweikert, and Sinema. Opposing the measure were Gallego, Grijalva, Kirkpatrick. A similar bill is in the Senate (S. 1140) and to date has yet to be voted on. Better known as the "DROP" act, Both Senators McCain and Flake support S.1140, and we encourage to respond to the Arizona Farm Bureau’s recent Call to Action to thank the Senators for their support of this important legislation.

“Lately, the EPA has tried to argue it’s a myth that ditches crossing dry land would be regulated,” said Senator McCain. “EPA Administrator Gina McCarthy was recently quoted as saying that the exclusion is supposed to mean: ‘if you used to be a stream, and now you’re only a ditch; if you still look and act like a stream, you’re a stream.’  But the term “tributary” still covers a ditch that’s ephemeral (carries water only when it rains) when it’s constructed in, drains, or feeds a dry desert wash.  Most ditches are dug in ephemeral drains like a desert wash, making for a ditch exclusion that’s too narrow. Another concern is that the rule does not adequately or fairly define the boundary between where a tributary ends and starts.  In Arizona’s arid climate where monsoon rains douse dry washes, ditches, ponds, and streams, these are big questions that the rule does not address.”

add insult to injury, it appears more evidence is coming out about how EPA and the Corps moved the final rule forward. This week, during a full Oversight and Government Reform Committee Hearing in the House titled “EPA Mismanagement Part II” where Representatives questioned EPA Administrator, Gina McCarthy, on recent reports that senior Army Corps of Engineer (Corps) employees expressed serious legal and scientific deficiencies with the final draft of the Waters of the United States (WOTUS) rule, memos clearly reveal mismanagement.

“This week, newly uncovered memos document senior Corps employees confirming what many of us have known for a long time; the EPA forced its WOTUS rule down the throats of the American people with total disregard for any scientific basis or adherence to the rule of law,” said U.S. Congressman Paul A. Gosar. “We now have clear evidence that the bureaucratic minions at the EPA are more concerned about enacting the president’s far-left environmental agenda at any cost over the well-being of the American people.”

Several Lawsuits Filed against the Rule

Additionally, several lawsuits have been filed against the agencies in separate district courts. Attorney generals from 28 state have signed on to these suits, including Arizona which is part of the suit filed in a federal district court of North Dakota. The other two suits were filed in the federal district courts of Georgia and Ohio. These suits focus on the federal overreach on state powers. A fourth suit comprises a number of industry organizations including the American Farm Bureau Federation, National Cattlemen’s Beef Association, National Corn Growers Association, National Pork Producers Council, National Association of Homebuilders, and American Road and Transportation Builders. This suit asserts the rule is unlawful and exceeds the agencies authority under the CWA, the Commerce Clause and violates individual rights protected by the Due Process Clause.

Ultimately the rule blurs the distinction of regulating water and land use. The entities that generally have to deal with CWA permitting are , construction, and gas – they generally have consultants to work through the permitting process. Under the new rule farmers and ranchers would need to hire consultants simply to determine if their land has features that would be jurisdictional. A costly expense for any farm, but especially for small and mid-sized farms. Not complying with the rule, which carries strict liability, is even more costly including $37,500 daily fines and possibly even jail time.

You can make your voice heard by submitting a comment to your Congressional Representatives. While the majority of Arizona’s Congressional leadership supports an effort to overhaul this new rule, it can bolster their efforts to stop EPA’s overreach if they hear from us. For more information contact Ana Kennedy Otto at 480.635.3614 or anakennedy@azfb.org.