By Ana Kennedy Otto, Arizona Farm Bureau Government Relations Manager and Arizona Farm Bureau's Government Relations Director Chelsea McGuire: Arizona’s fertile soils, abundant sunlight, and access to water allows for year-round crop and livestock production resulting in $17 billion dollars in economic impact to the state. As a primary sector, Arizona agriculture is one of the most critical industries to the economic health of this desert state. 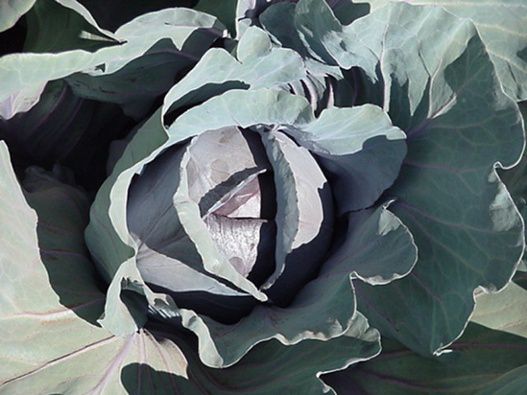 But, Arizona’s agricultural producers are subject to a host of regulations. While farmers and ranchers understand many of these regulations are necessary to protect our health and the environment, other regulations are nothing more than burdensome and do little in meeting their objectives.

We know that farmers who use pesticides on their operations have a strong commitment to the safe and effective use of these crop protection tools and have trained their employees accordingly under WPS. However, the WPS modified by the EPA in 2015, and the resulting changes did little to improve worker safety. Many of the changes were not warranted and not based on empirical data and facts. A prime example was the shortening of the retraining interval for workers from five years to one year. Training workers and handlers each year is burdensome and costly for most farms. Small farms find it difficult to absorb the added time and costs of training and recordkeeping, as they do not have the financial resources for full-time human resource staff. But even larger farms who are more likely to have adequate staffing are still forced to dedicate time and money to training and while seeing no positive result from the expenditure of their resources. This is because yearly training lends itself to becoming redundant and ineffective. This is especially true for employees who may be trained more than once a year because they change employers on a seasonal basis. The WPS should be modified to reinstate the 5-year retraining interval.

Another area that poses potential problems for farmers is the authorized representative, which allows a worker or handler to designate a person other than themselves to request and obtain any information that an employer is required to provide. This provision exposes farmers to harassment and legal liability by third parties. Anyone could show up on a farm and claim to be “orally designated” as an “authorized representative” for one or more individuals. The WPS to address worker safety as it relates to pesticide use and exposure; it should never be used as a vehicle for harassment by outside individuals or groups. We support eliminating the “designated representatives” provision and access to farm specific pesticide data. Furthermore, any access to such data by “designated representatives” should be restricted to matters related to the health, safety, or exposure of the worker who authorized access. The “designated representative” should not be allowed to disclose the data to anyone other than the worker.

The Pesticide Applicators rule was revised in 2016. Arizona Farm Bureau policy “supports improved and periodically upgraded training and certification programs the proper handling, application, and safe use of agricultural chemicals.” However, we do not feel the changes that were put in place were necessary or justified. Instead, the changes created an undue burden on both Arizona’s applicators and our state Department of Agriculture.

Private applicators must now meet similar competency standards as commercial applicators, even though we know of no issues in Arizona that would require such a change. Additionally, there are now method-specific certification categories (i.e. soil vs. non-soil fumigation) that applicators are required to obtain. Today, private applicators are required to not only find for core and category-specific continuing education but spend significantly more time away from their on-farm responsibilities with no marked benefit over the previous standards.

Additionally, the Arizona Department of Agriculture noted during the comment period that tracking continuing education credits for core and specific categories would be a major issue, as a result of the added tasks of analyzing, categorizing, and approving continuing education requirements. The new standards yield more costs than benefits, and because the previous competency and certification standards were working, they should be reinstated.

Pesticides are tools that help farmers address the constant threat of diseases and pests (can include insects, mites, rodents, animals and even birds attacking crop plants and eating grains). The availability of safe and effective pesticides can determine whether or not farmers have a bountiful crop to harvest at the end of a growing season. Recent pesticide reviews have highlighted areas where the EPA must do a better job in order to ensure that it is meeting its legal requirements as well as the pest control needs of farmers.

Assessing impacts of pests must be transparent and science based. This was not the case when the EPA evaluated chlorpyrifos tolerances (EPA-HQ-OPP-2015-0653) and the draft ecological draft assessment of atrazine (EPA-HQ-OPP-2013-0266). With regards to chlorpyrifos, the EPA used modeling assessments that were highly questionable and linked its reasoning to epidemiological studies that were not transparent and did not accurately represent the risk of chlorpyrifos.  In the atrazine assessment, the EPA disregarded recommendations and counsel from its own 2012 Scientific Advisory Panel. Consequently, the draft ecological assessment included scientifically questionable studies and ignored or discounted rigorous, high-quality studies. Additionally, and especially problematic, the draft assessment utilized modeled, theoretical scenarios that inflated risks well beyond what is normally seen in actual, real-life situations.

Consider the negative economic impacts of not reregistering products. There are products already registered that are crucial to the success of certain crops. Quantifying the impact of not those products provides valuable information to consider; however, EPA has failed to adequately consider the value of the crops on which these products are used when determining whether to reregister them.  The draft human health and ecological risk assessment on pyrethroids is a good example. In Arizona, where 95% of the leafy vegetables consumed in the U.S. from November to March are produced, pyrethroids play an important role in the production of those vegetables. If this product were no longer available to producers there would be a significant economic impact both producers and consumers, and this impact must be considered in the reregistration process.

Conduct timely registration of products. By registering products in a timely manner, the EPA can help farmers manage pests and weed resistance in a sound, scientific, environmentally friendly way. In turn, this also helps farmers produce strong yields and quality products that contribute to local and national economic growth. Moreover, there are some crops where there the available alternatives for dealing with pests are scarce, resulting in a critical need for new chemistries. The timely registration of new products provides farmers with important alternatives to protect crops from pests as well as hard-to-control, herbicide-resistant weeds.

Air quality is a constant concern among Arizona’s agricultural community. The agency’s air quality standards, however, are often impossible to attain or so costly to implement that it hinders economic growth. EPA should revisit several of its regulations to protect air quality in more practical and efficient ways.

Detrimental economic impact of lower ozone concentration levels. Rules regarding allowable ozone NAAQS concentrations were recently modified to decrease the national allowable standard from 75 ppb to 70 ppb. In theory, the lower standard would be reached by eliminating point source polluters. However, in at least one Arizona County, meeting the lower standard is impossible because only a fraction of the ozone concentration originates from point sources. The rest is attributable to, among other things, unavoidable international transport emissions. If a county is designated as a non-attainment area, it prevents large manufacturers from locating within the county because of the prohibitive cost of ozone credits. The Arizona Farm requests that the allowable ozone concentration level increased to the previous requirement of 75 ppb.

Further, we would be remiss to comment on the EPA’s rules for of the CAA without noting that the current statutory scheme requiring National Ambient Air Quality Standards is both unrealistic and untenable. Arizona is a textbook example: its historically dry climate and almost two-decades long drought lead to high levels of dust and other pollutants in the air on a regular basis. These dust levels are not caused by human but are naturally-occurring and unavoidable. Nevertheless, the imposition of NAAQS requires Arizona to comply with the same particulate matter concentration standards as every other state in the nation. Realistic and healthy pollutant concentration goal for other states, therefore, may be neither realistic nor healthy in Arizona.

Simplifying the definition of an exceptional event. Because of the untenable and unattainable NAAQS standards imposed by the CAA, it is essential that EPA regulations create a simple and streamlined process for proving the occurrence of an “exceptional event.” We appreciate the recent revision eliminating the “but-for” requirement and instead requiring that an exceptional event have a clear causal relationship to the of particulate matter concentration. The rule also requires, however, that an exceptional event be not reasonably controllable or preventable. The rules should be further modified to provide that best management practices are presumed to be reasonable controls for high-wind events.

“We appreciate the opportunity to share with the EPA the various rules and regulations that are negatively impacting Arizona’s farmers and ranchers and we encourage the agency to act on our recommendations,” said Arizona Farm Bureau President Kevin Rogers. “Furthermore, as a member of the American Farm Bureau Federation, we support the comments they have submitted and the additional rules and regulations they address in their letter.”