By Stewart Jacobson, a part time employee of the Arizona Department of Agriculture’s Agricultural Consultation and Training: Part 1 of this series explained what FDA considers a “FARM” and the criteria for being considered “covered.”  This article will discuss water, probably the most controversial part of the act.

We all understand the importance of water to life: plant, animal and more importantly to this program, microbes, especially pathogens.  Eating produce contaminated with pathogens may ruin your day and more after, as pathogens cause disease in humans.  Prevention is the key to Reducing Microbial Contamination of Fresh Fruits and Vegetables and The Food Safety Modernization Act (FSMA) is designed to prevent contamination. 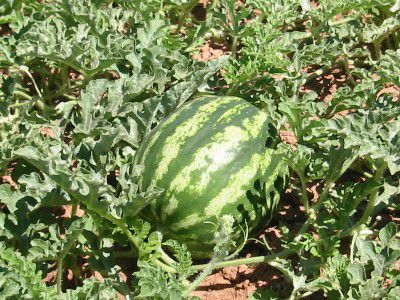 FDA has developed a guidance document: “Key Requirements Final Rule on Produce Safety.” *   If you can’t access this document let us know and we can email one to you.

FDA has determined that there are two uses and several sources of water:

Sources of water include:

Testing untreated surface water, which is considered the most vulnerable to external influences, that is directly applied to growing produce (other than sprouts), the FDA requires farms to do an initial survey, using a minimum of 20 samples, collected as close as is practicable to harvest over the course of two to four years.

These criteria are based on two values, the geometric mean (GM) and the statistical threshold (STV). Generic E. coli is used as an indicator organism.

STV reflects the amount of variability in the water quality (indicating E. coli levels when adverse conditions come into play—like rainfall or a high river stage that can wash waste into rivers and canals). Although this is an over simplification, it can be described as the level at which 90 percent of the samples are below the values.

For untreated ground water (well water) that is directly applied to growing produce (other than sprouts), the FDA requires farms to do an initial survey, using a minimum of four samples, collected as close as is practicable to harvest, during the growing season or over a period of one year. The initial survey findings are used to calculate the GM and STV and determine if the water meets the required microbial quality criteria. After the initial survey has been conducted, an annual survey of a minimum of one sample per year is required to update the calculations of GM and STV.

Confused?  I will admit I am too.  I’m not a math major so these just don’t compute as well.  The bottom line is that if you are using surface water, you need to establish a history or survey of the water by taking 20 samples over 2 to 4 years and 5 samples per year after the initial survey.  For ground you need 4 samples in 1 year and 1 sample per year thereafter.

Some samples may contain more E. coli than others, and some samples may be totally negative for E. coli.  The average for the GM must be 126 or less and the STV need to be at 410 or less or corrective action will be required.

The good news is that FDA is revisiting the water requirements and they are more than likely to change.  But we are waiting on their decisions.

It is a good thing that the good folks at the U of A Cooperative Extension, Maricopa County have developed an app for this analysis. More on this later.

Editor’s Note: Stewart Jacobson is a part time employee of the Arizona Department of Agriculture’s Agricultural Consultation and Training.  He retired from the Meat and Poultry Inspection program after 33 years and now is a consultant with the ACT program assisting growers in developing a food safety program for the GHP/GAP program.  He can be reached at 602-542-0950 or email him at sjacobson@azda.gov.