In the early days of the Coronavirus crisis, it seemed like no one could agree on what we were all supposed to do. While there were some very real and un-funny results of conflicting guidance from health officials and government agencies, there was a parody video that still stands out to me as a light-hearted summary of how we were all feeling at the time: 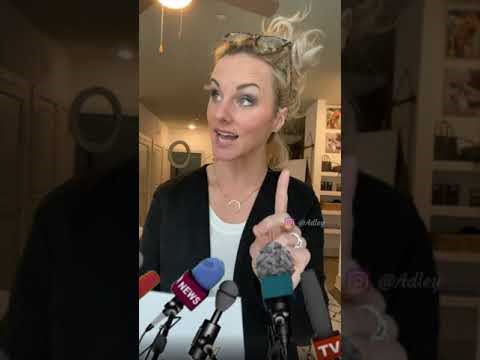 The WOTUS Rule is a part of the Clean Water Act, and it defines the waterways over which the United States has jurisdiction to impose Clean Water Act requirements. If you’ve been following along with Farm Bureau since 2015, you know that the 2015 rule radically expanded the scope of jurisdictional waters such that it would have required farmers and ranchers to obtain permits before undertaking basic land management projects – even things as simple as planting, discing, building fences, or cleaning out stock tanks. Moreover, because it was so vague and difficult to understand, even knowing whether you needed to follow the rule or not was often impossible without the consultation of engineers and attorneys. This meant that best management practices became cost-prohibitive and time constrained, not to mention risky, since undertaking a project without a jurisdictional determination from the Army Corps of Engineers could lead to financial and legal punishment. The 2015 rule inhibited farmers and ranchers from installing key land management projects, including those designed to conserve water and prevent soil erosion, precisely because they did not have the resources to ensure that they would avoid a costly regulatory violation in the process

It's not surprising, then, to know the relief and gratitude that farmers and ranchers felt when the 2015 rule was repealed and replaced with the Navigable Waters Protection Rule (NWPR) in 2020. The NWPR added clarity and certainty to surface water protection without sacrificing water quality. In particular, it preserved state authority over ephemeral streams and other waterways that only contain water after a rainfall event. It made it possible for a famer or rancher to walk onto their property and say with certainty whether that property would be regulated by the Clean Water Act. Arizona took advantage of this opportunity by passing a sweeping statewide Surface Waters Protection Rule earlier this year. Through this, Arizona proved that we have the will and the capacity to protect water without intrusive federal mandates. Farm Bureau is continuing to work with Arizona’s Department of Environmental Quality to write the rules for this program, and it’s already apparent that working with regulators who are closer to home, and more familiar with Arizona’s unique landscape and the needs of its water users, is a far more appropriate and effective method of making sure that rules protect water without inhibiting land management.

But in June of this year, newly appointed EPA Administrator Michael Regan announced that EPA would be repealing the 2020 NWPR and working to replace it with something more expansive to “better protect” the nation’s water. This came as a disappointment to the regulated community, who were encouraged and operating more effectively under the NWPR. It also came as a surprise to the regulated community, who had been given reassurances from the EPA that they were not looking to throw out the NWPR.

The good news is that, in contrast to the lack of input that accompanied the adoption of the 2015 Rule, EPA has undertaken a relatively robust stakeholder input process as it undertakes rewriting the rule yet again. This week, Arizona Farm Bureau staff and leadership will participate in listening sessions to express the needs and concerns of Farm Bureau members in this process. And we need your help!

You can add your voice to the chorus of farmers and ranchers advocating for clarity and certainty when it comes to surface water regulation. As a farmer or rancher, we know you care deeply about the land and water that you steward. Help us as we urge EPA not to return to a flawed regulatory system that places unreasonable burdens on farmers and ranchers by writing “navigable” out of the Clean Water Act. Click here to open our Action Center and contact EPA today!