Even in the swirl of media hype about President Trump’s Immigration ban, immigration reform continues to be a hot topic on the political scene and a priority for farmers and ranchers. In a session at the 2017 Annual Convention & IDEAg Trade Show just last month, Tom Hertz of the Agriculture Department and Mark Delich of FWD.us discussed the economic and political realities of the current immigration system and the impact of proposed reforms. 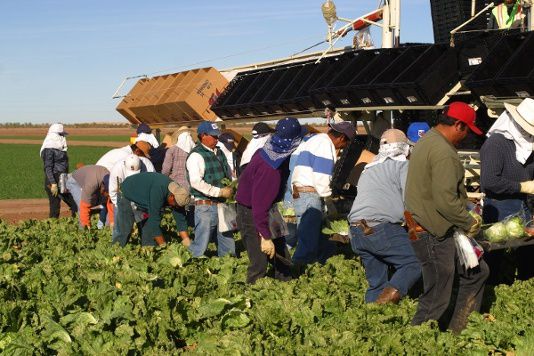 Tom Hertz, economist at the USDA’s Economic Research Service, explained trends in the farm workforce, including declining immigration rates and rising labor costs. Even though farm wages are up, the agriculture workforce still faces a labor deficit, and demand for workers continues to increase, said Hertz.

Hertz outlined a recent USDA report, assessed the impact of expanding the H2A program versus increasing border security. According to USDA, H2A expansion over the long-term would increase the farm workforce and expand outputs and exports overall. Whereas, an enforcement-only approach would likely reduce both the workforce and overall agriculture output, hurting workers and farmers. USDA’s study is not designed to advocate for any particular policy approach, Hertz noted, but to simulate what the leading proposals could look like 15 years down the road.

Taking a look at the political landscape, Mark Delich, director of congressional affairs at FWD.us, an organization that supports comprehensive immigration reform, improving the quality of American education, and encouraging more investment in scientific innovation, emphasized that fixing our “broken immigration system” is about more than just border security. Agriculture is looking for a balanced approach to immigration reform that also addresses the worker visa program and the status of undocumented workers. Immigration from Mexico is actually down in recent years due to economic improvements there and increased U.S. border patrol, according to Delich.

“We’re a nation started by immigrants,” Delich said. “It’s important to start the reform discussion by looking at the overall benefits of immigration—the entrepreneurship, work ethic and innovation immigrants bring—and we want to see that continue.” Although the issue is complex, Delich said that collaboration and engagement are vital. “Your members of Congress need to hear directly from you on this issue and why it’s important to you.”

Arizona agriculture is all too familiar with this issue and regularly let our Congressional delegation know about our concerns. “Ag needs visa reform, the feds need cooperation with interior enforcement [i.e. workplace] and all of us need border security,” said Joseph Sigg newly named Chief Administrative Officer for Arizona Farm Bureau and a longtime advocate for immigration reform. “It always has been and remains a three legged stool. And we will take it any way we can get it as long as we can obtain visa reform. Unfortunately, right now we can’t even have civil discourse on the subject.”