By Julie Murphree, Arizona Farm Bureau: Late yesterday, the U.S. House passed legislation that would prevent the Environmental Protection Agency (EPA) from implementing a proposed rule to broaden its jurisdiction over bodies of water. 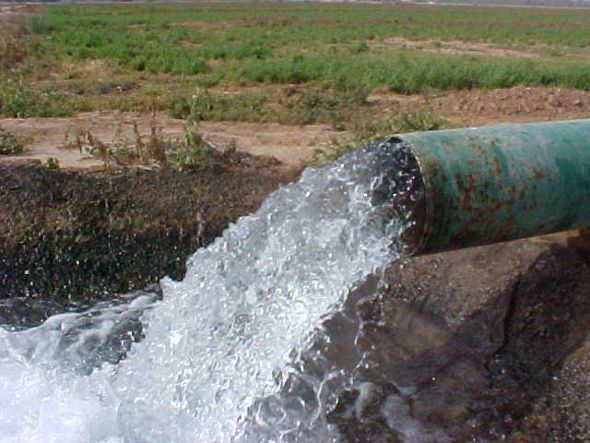 Under EPA's proposed WOTUS rule, agriculture was concerned that even ditches could be regulated by the EPA. Farm Bureau's Ditch the Rule campaign let the public and important allied groups understand the overreach of this governmental rule.

“Members of the House sent a strong, bipartisan message that the flawed Waters of the U.S. Rule is unacceptable and should be scrapped. Furthermore, it was refreshing to see members of Congress order regulators back to the drawing board, with an admonition to listen to the very real concerns of people who would have their farm fields and ditches regulated in the same manner as navigable streams,” said American Farm Bureau President Bob Stallman.

“The way that the Environmental Protection Agency and the Army Corps of Engineers drew up the WOTUS rule, it was more about regulating land than it ever was about protecting valuable water resources,” he added. “Farmers and ranchers know all about the importance of protecting water, and they will continue to put that belief into practice. Through cooperative conservation measures, we have helped cut land erosion by more than 50 percent in just the last 20 years. We have reduced pesticide use and today use technology to apply just the right amount of fertilizer at just the right time. We look forward to a new water rule that recognizes the enormous work we have and honors the limits authorized by Congress and the Supreme Court.”

For farmers and ranchers across the yesterday’s vote is an encouraging sign.

Arizona Farm Bureau’s First Vice President Stefanie Smallhouse echoes what many feel and is very pleased to see this bill pass. "My daughter, Hannah, is 10 and my son, Johnny, is seven. They live, work, and play on the land where five generations of have lived and worked before them. In 130 years we have overcome adversity in everything from the fight over territorial land and decades-long droughts to extreme commodity price swings. We have done this through determination, hard work, and ingenuity, Smallhouse said. "The passing this bill means my family and other generational farm and ranch families will get to continue doing what we do best without governmental overreach."

Ranching with her husband, Andy, on the Carlink Ranch in southern Arizona, Smallhouse had earlier testified before members of Arizona’s congressional delegation and had also been interviewed on national television about this issue.

In many ways, credit for broad support for this bill is due to the Farm Bureau family's “Ditch the Rule” campaign. This outreach campaign about the EPA’s overreach on this proposed rule let the public and major organizations know how constraining this rule would be business in general, not just agriculture.

Passed 262-152, the bill prohibits the EPA from using the proposal for any rulemaking regarding the Clean Water Act. The rule was an attempt by the EPA to regulate which bodies of water, such as wetlands and streams, are subject to agencies' authority under the act.

Voting “yes” for HB1732 from the Arizona congressional delegation was Gosar, Franks, McSally, Salmon, , and Sinema. Voting “no” were Gallego, Kirkpatrick, and Grijalva.

“I want to thank Martha McSally, David Schweikert, Paul Gosar, Trent Franks, Matt Salmon and Kyrsten Sinema, for voting “yes” on legislation to push back on EPA on Waters of the U.S.,” said Arizona Farm Bureau President Kevin Rogers. “I’m very pleased that the House voted once again to tell this administration and EPA our dry streams and riverbeds, and low spots on our farms and ranches are not navigable.”

The legislation includes a provision requiring the EPA administrator and Army Corps of Engineers to develop recommendations for a proposed regulation in consultation with local officials. A final report would be due to Congress within two years.

Before final passage, the House rejected, 170-240, an amendment offered by Rep. Tim Bishop (D-N.Y.) that would prevent enactment of the bill if implementation would harm water quality.

The White House issued a veto threat against the legislation, saying it “would derail current efforts to clarify the scope of the CWA, hamstring future regulatory efforts, and create significant ambiguity regarding existing regulations and guidance.” But as a result of this bipartisan vote, the president’s opposition to this legislation will really be on display.