By: Justen Ollendick, Collegiate YF&R Chair and Aggie House member and former Arizona Farm Bureau Intern: Aggie House, Incorporated is the University of Arizona’s oldest social organization that has provided students within the College of Agriculture and Life Sciences with opportunity for scholarship, professional development, social life and continuing the legacy and traditions of Aggie House, Inc.

Part of an ongoing series about Arizona’s farming and ranching families. 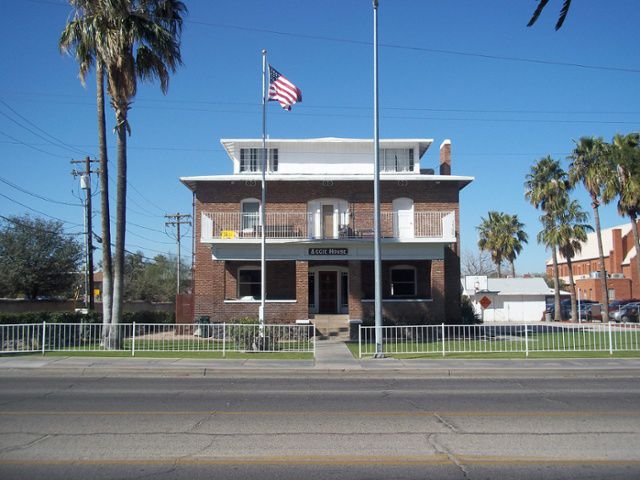 The three-story brick home facing east at 819 North Euclid Avenue, two blocks west of the University of Arizona campus, has become an icon presence to current and former members of Aggie House.

Tell me about the history behind the Aggie House: The Aggie House was organized in 1937 when a group of students in the college of Agriculture here at the University through common need decided to establish an organization that would permit them to live together and receive the benefits of a college education and of fellowship with minimal expense. At that time the late Dr. E.D. Tetreau, professor of Rural Sociology, and Dr. R.S. Hawkins, former Vice Dean of the College of Agriculture generously provided active guidance and financial assistance. These organizers of the Aggie House established the first house at 1624 E 1st Street. In a period of five , with effective financial management and active they were able to buy all the house furnishings and kitchen and accumulated a $3,500 surplus.

In 1943, with World War II pressing hard on America, the Aggie House ceased operations while all its members went into the armed services. After the war, the returning veterans were interested in reactivating the Aggie House and began the task of reorganizing in the face of financial obstacles. A building was rented which later its owner put up for sale. The boys living there were ordered to vacate by March of 1947. Meetings with the faculty advisors ensued, and the plans were made to purchase the house. A suggestion was offered that outside help in buying the place might be enlisted from people around the state interested in the welfare of students and in all phases of agriculture. The response from this statewide plea was gratifying! Persons and organizations too numerous to mention contributed both hard cash and interest-free loans until a sufficient amount to make the transaction for the property was gathered.

Aggie House, Inc. was again established with the primary purpose of helping those students of agriculture who otherwise might not be able to attend the University because of costs. Todays it is a three-story brick home facing east at 819 North Euclid Avenue, two blocks west of the University of Arizona campus. The house contains a lobby, dinning room, commercial kitchen, store room, furnace room, sleeping porch on the 3rd story, and study rooms to accommodate up to 30 students.

What do members of the Aggie House do? The Aggie House has always been active in campus affairs. There are members appointed to every pertinent council or committee in the Associated Students of the University of Arizona. Through these committees and in house activities, ample opportunity is offered for development in leadership. The Aggie House, Inc. leadership consists of a President, Vice President, Secretary, Business Manager, Assistant Business Manager and auditors, as well as a social chairman, intramural sports manager, and historian. In addition, a U of A College of Agriculture staff member is elected to serve as an advisor.

What are their backgrounds?  Aggie House members are required to have some sort of Agricultural background prior to being admitted as a member, you do not have to be seeking an agriculture degree at the University. While we do not specify the depth of knowledge or experience, we want to make sure that our members are like-minded and agriculturally oriented people. Nearly 75% of our from production agriculture backgrounds and operations that cover areas like Cochise, Maricopa, Pinal, and Yuma counties on into central and northern California as well as agriculturally rich regions of Texas and Florida. Production areas include vegetable crops, grains, forages, as well as cattle operations. 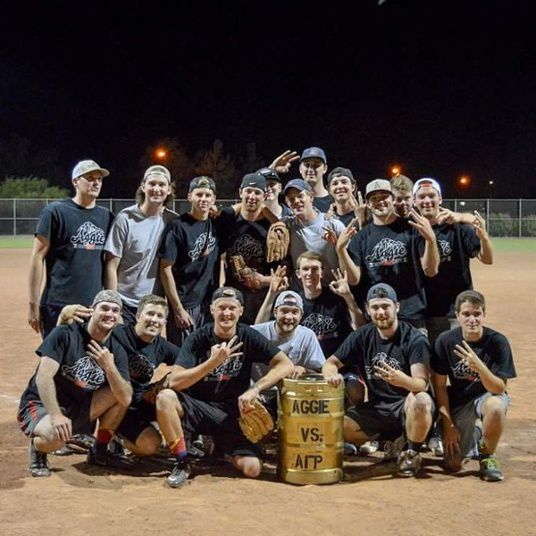 The Annual softball game with AGR has garnered Aggie House an "" ranking since 2014.

We have a great relationship with the University of Arizona’s College of Agriculture that provides us with many opportunities and resources for internships, professional developments, and on-campus activities.

Social activities that help to bring a wide range of agriculture majors within the college together is also a huge part of the Aggie House legacy. 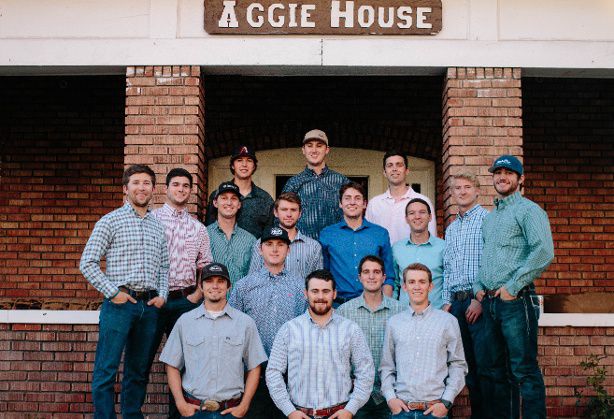 Where do you see Aggie House in the next 5 to 10 years?  After a short window of decline in membership due to a vast majority graduating, membership has nearly doubled and is continuing to climb. The pledge class of 2016-17 is one of the largest that has been seen in almost five years. What does this mean for the organization? It means more opportunity to grow our network, engage alumni, and continue to recruit young men that will help to continue the prestige legacy of Aggie House, Inc. Year to year, we hope that our relationship with the College of Agriculture at the University and other Greek-life affiliations continues to be as strong as it is today and has been in the past. Our alumni also prove to be of significant value as they help to guide and influence our financial and legal actions that help to keep the organization in good standing.

How does Aggie House, Inc. connect to Farm Bureau? The Farm Bureau provides resources for young agricultural professionals to develop their leadership skills. A huge portion of our membership, and their are longtime Arizona Farm Bureau members and members of their local counties. Our members are also dually enrolled as Collegiate YF&R members and are looking forward to participating in the activities of that organization this year! Past alumni serve in various leadership roles in local and state Farm Bureaus as well.

Note to Kyle: Be good!