By Julie Murphree, Arizona Farm Bureau: Born and raised in Phoenix, Oliver Anderson received a Bachelor of Science in Horticulture from the University of Arizona in 1952. Having served in the U.S. Air Force, and desiring to be part of the family’s agriculture business, Oliver began managing Anderson-Palmisano Farm in 1954. The Anderson-Palmisano Farm, which has evolved into a true family farm being totally owned by the Anderson family, has transformed itself a number of times, always focused on opportunities in the agriculture industry. 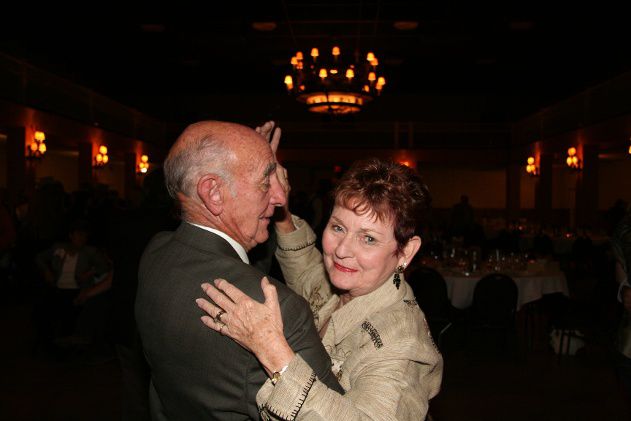 Another thing you might not know about Oliver and Hermina Anderson, they're great dancers. Community for both of them extends beyond family to friends and the community where they farm.

Mr. Anderson was my Maricopa 4-H leader when I was growing up in rural Maricopa, Arizona at the time. He is also like a second dad to me. That’s how our rural communities operate, families taking care of and watching out for one another.  Their farm story is a reflection of just how engaged this family is in agriculture and their rural community.

Tell Us About your Farming: I began farming in Maricopa in 1954, the Anderson-Palmisano Farm, which has evolved into a true family farm being totally owned by the Anderson family, which includes myself, my wife Hermina, three sons and a daughter.  My dad, Clinton, actually bought the farm with his partner, Joseph Palmisano, in 1949. Then I began managing it in 1954. We began an association with Knud Nielsen Company in 1990, with dried wheat and grasses.  Dried flowers appeared in 1993, and corn was added later. The fresh flower program followed in 1998, as soon as brokers and markets were established.

Hobby Lobby, Pottery Barn and other retail outlets like that are who Nielsen Company sells our value-added agriculture product to. The actual day-to-day operation of our farming has been handed over to the next Anderson generation is now in the hands of my oldest son, Kelly. 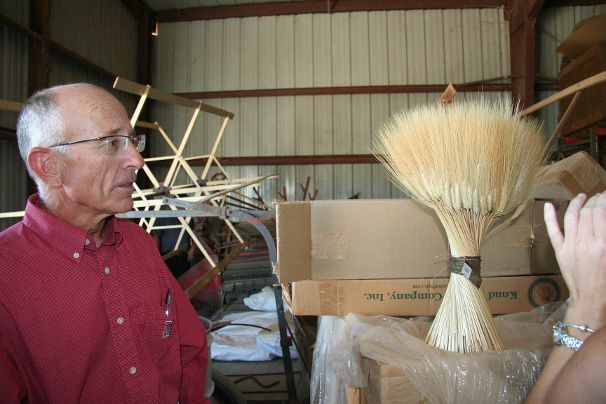 Oliver Anderson's oldest son, Kelly, runs the day-to-day operations of Anderson-Palmisano Farm, where they've taken traditional ag commodities -- such as wheat -- and turned them into a value-added product sold in retail stores like Hobby Lobby and Pottery Barn.

What do you love the most about farming? It’s having a new challenge every day when you come to work. Plus, it’s also having the opportunity and pleasure to work so close to creation that gave us the opportunity to farm.

In addition, I was a member of the University of Arizona Maricopa Agriculture Center Advisory Committee in and served on the advisory board to the Maricopa Ag Center when it was initially established.

Wife, Hermina, was as engaged as me in a variety of things including the Maricopa Library and Maricopa Community Church as one of its music directors. Currently, she serves on the Maricopa Historical Society and has served several terms on the Maricopa School board. In addition, she’s taught piano for many years to our youth in Maricopa.

In 2006, I was inducted into the National 4-H Hall of Fame in Chevy Chase, Maryland for my service to 4-H. I was one of the founding fathers of the Arizona 4-H Board of Directors and spent over 14 years as a trustee and two terms as president of the Arizona 4-H Youth Foundation Board.  Our family donated the funds necessary to establish the Arizona 4-H Historical Museum to preserve the history of Arizona 4-H. The museum officially opened during National 4-H Week in 2004.

The Anderson family has also contributed to Maricopa as , Kelly, served two terms as Mayor of Maricopa, being its first Mayor when the city was first incorporated in 2003.

Hermina, I, and all four of our children --- Kelly, Troy, and Wendy -- were born in the same hospital, The Good Samaritan, in Phoenix. This definitely makes us Arizonans.

Why are you a Farm Bureau member? We need highly educated and highly trained representatives – Farm Bureau leaders -- to speak for agriculture at the state and national level. I feel that Farm Bureau provides this service on a basis that’s not comparable anywhere else. 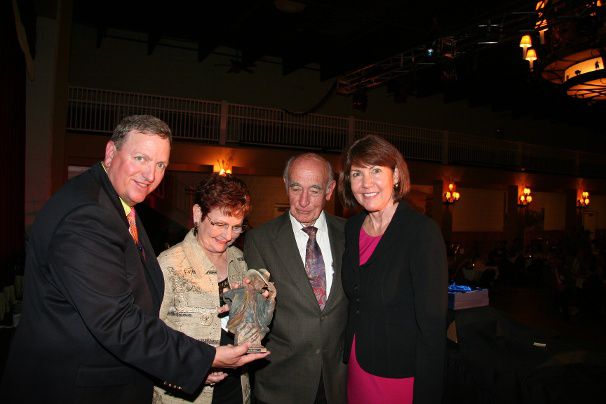 What’s something you like to tell people you visit with? Well, the good old days are today. There are always new challenges and what we’ve already contributed stands; we’ve done what we could in the past to make today better; but we’ll always have new challenges to work out to help guide us into the future.

Provide us with some business advice: First, be sure that you want to put the time into the business to make it successful and with a little bit of grace it can be accomplished. Second, be patient.

Editor’s note: In 2009, Oliver was recognized by Arizona Farm Bureau with the Distinguished Service to Agriculture.