By Julie Murphree, Arizona Farm Bureau Outreach Director: Like so many of our ranchers in Arizona, Anita Waite and Sherwood Koehn are known for their conservation practices on their 70,000-acre Cane Springs Ranch near Kingman, Arizona. Owned since 1993, Waite and Koehn have worked with a number of groups throughout Arizona on projects that are beneficial to the wildlife on their such as deer, and small game. 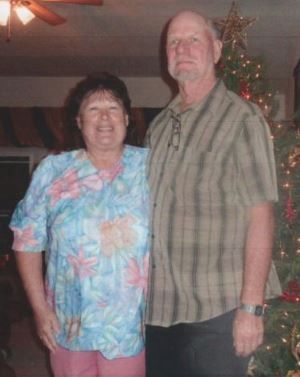 While much of the ranch land is leased from the state of Arizona or the Bureau of Land Management, Waite and Koehn own 1,450 privately deeded acres of land on the ranch.

Interview with Anita Waite and Sherwood Koehn from Kingman, Arizona.

Tell us about your ranch: In 1993 Anita and I got fed up with the direction California was heading and began exploring other geographical areas and, as fate would have it, ended up on Cane Springs Ranch.

Anita Waite and Sherwood Koehn learned on the job so to speak on how to manage a ranch. 24 years later, they've become naturals at understanding the unique ranching the occurs on western lands.

When we bought the ranch we were totally inexperienced in ranching and for sure didn’t understand the concept of desert ranching. The fact that we were naïve is putting it mildly. The one thing we both quickly learned was conservation and stewardship. We soon caught on to the importance of resource management. To it wasn’t rocket science. Take care of the land and the land will take of you. We started bucking old school methods early on and took more of a progressive approach, even if that meant catching a little flack now and then. We realized the importance of cooperation with all the agencies and landowners at the outset and set ourselves on a course to incorporate them into our long-range plans and goals for the resources with which we were blessed. We signed a cooperative management plan with Game & Fish, BLM, State Land Department, NRCS, NRCD and the University Extension.

We were also instrumental in a land exchange between Ben Brook Development and the BLM, exchanging 34,000 acres of private property for BLM land to keep the ranch from being sub-divided into home sites.

Conservation and land management is the name of the game for you two. Talk about it. We partnered on many projects on the ranch. Game & Fish has helped us maintain our roads for our use as well as the numerous hunters that hunt the ranch. In 2000 we cleaned 6 dirt tanks partnering with Arizona Wildlife Federation, Habitat Partnership Committee (Mule Deer Foundation funded) & ADEQ. We drilled 18 new wells from 2004 to 2017 partnering with NRCS, the Dept of Ag., LCCGP and AZ G & F. We fenced our shipping pasture to create 3 pastures for rotation. We put in a Pivot irrigation system to irrigate 8 acres near the headquarters.

We have upgraded many of our existing wells to solar systems, maintained and upgraded some of our fences. We have a rotational system on the ranch to protect the riparian areas in the mountain country during the growing season and increase the forage production in the lower country. 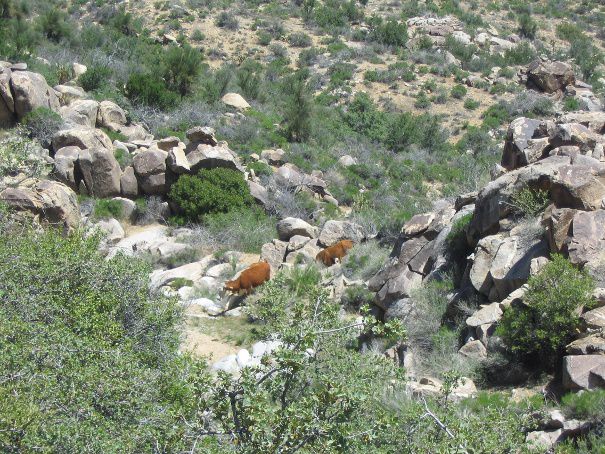 Managing cattle on western lands takes a kind of toughness the rugged lands our Arizona ranchers manage. Anitha and Sherwood know this well. Here, some of their cattle during .

Tell us about your background? Sherwood was born in Moundridge, a small town in central Kansas. At three months old his parents moved the family to a farm near a small town in Missouri. At 11 years old moved to Livingston, another small town in the central valley of California. Sherwood went to school in Livingston, later making his living in concrete work and also farming alfalfa the last few years in California.

Sherwood was raised in the Mennonite faith, a very conservative way of life with emphasis on modesty, economy and work ethic.

Anita was born in Chicago IL, when she was 2 ½ years old moved to Ontario, CA went to school in that area until the age of 13, moved to the San Francisco Bay area went to high school at age 25 move to the central valley of California and went to Merced College receiving a degree in computer science.

We have 7 children, 31 and 3 great grandchildren.