By Julie Murphree, Arizona Farm Bureau Communication Director and Lauren Scott, Arizona Farm Bureau Intern: You don’t have to go far to learn about Jim and Sue Chilton and their ranch. In fact, just go to their website, Chilton Ranch, a bio page every ranch family in Arizona should host.

What you’ll find when you read their profile is two people dedicated to family, ranching and the agriculture industry. Jim and Sue also exemplify a commitment to conservation. That’s highlighted on their website also.

Born in 1939, Jim Chilton, a fifth generation Arizona rancher, was raised on farms and ranches. In 1979, Mr. Chilton, together with his father and brother, founded Chilton Ranch & Cattle Company, which owns the Diamond Bell, a cow-calf ranch southwest of Tucson, Arizona. In 1987, Mr. Chilton and his wife Sue purchased a ranch south of Arivaca, Arizona, near the family’s Diamond Bell operation. 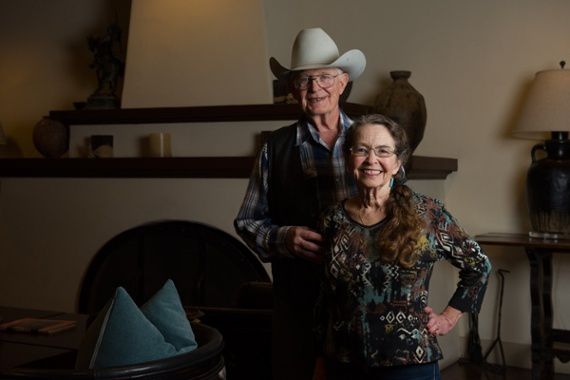 Mr. Chilton has also specialized in providing investment banking and financial advisory services to public entities since 1970. Prior to forming his own municipal investment banking firms, Mr. Chilton was Senior Vice President and manager of the Shearson/American Express Public Finance Division (currently Lehman Brothers) for the western United States.

A now famous quote an interview about the Center for Biological Diversity's fraudulent lawsuit against the Forest Service to end the Chilton's grazing allotment, Jim Chilton said, "You can't sit back and take it. What am I, a cowboy or a I laid up at night and said I'm not a wimp, I'm a cowboy. I'm taking them on." The Chilton's ultimately won and were awarded damages and punitive damages (more below). 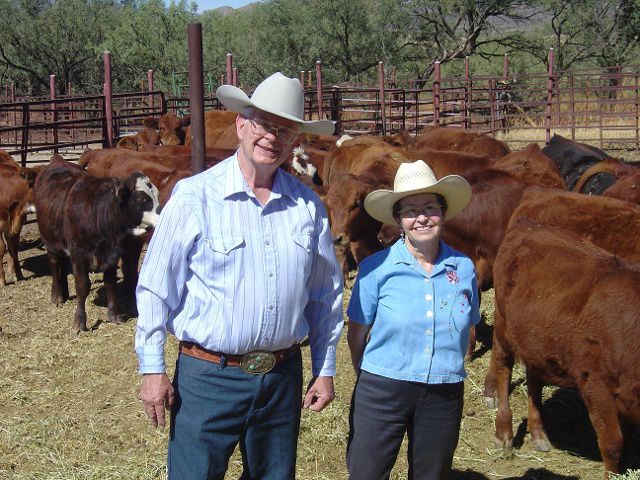 An interview with Jim and Sue Chilton, Arivaca, Arizona

An ongoing series about Arizona’s farmers and ranchers.

Tell us about your ranch: We have a ranch in historic Arivaca. I run about 1,000 head of cattle. My ancestors drove cattle to Arizona in 1886 and my family has had ranches in Arizona since then. However, my wife and I bought our ranch in 1987. All my ancestors on my dad’s and mother’s side of the family arrived in America as much as 100 years before the Declaration of Independence and Revolutionary War. They settled in Virginia and continued to move to the West, including Texas and then Arizona.

What is your educational background? I have a Master of Science degree in economics, and a Master of Arts degree in political science. I went to Arizona State University for all of my degrees.

Will anyone in your family – younger generation – pursue ranching? Both my sons, Ken and Tomas, will inherit the ranch.

What are your community activities? We are active members of our church, Southern Arizona Cattlemen’s Protective Association, Arizona Cattle Grower’s Association, the Pima Natural Resource Conservation District, as well as the Arizona Farm Bureau.

What do you love most about ranching? It is our custom, our tradition, and our culture.

What do you enjoy doing in your free time? I don’t have any free time - I’m an avid reader of Arizona-related books.

Why are you a Farm Bureau member? The Farm Bureau is a major force in Arizona agriculture, and at the national level, which means that it is a very important medium to have our issues brought to the government.

How will the next generation of agriculturalists have to operate? Future ranchers need to be technologically more sophisticated.

What is the best business advice that you have ever given or received? Each day, do your best and always make decisions based upon both economics and what is right.