By Julie Murphree, Arizona Farm Bureau Outreach Director with contributions from Communication Intern Lauren Scott: For direct-market farmer Frank Martin it’s all about the seed. Leasing land in four different locations as varied as urban Phoenix to Duncan near the Arizona and New Mexico Border, Martin’s Crooked Sky Farms began in 1999 and really sprouted because of his love of seeds.

An Arizona Farm Bureau member, Martin always dreamed of becoming a farmer while working closely with his father, a Native American migrant farm worker, in the fields during the 1960s. Excited to spread the enthusiasm of the local food movement in Arizona, Martin is credited with coordinating the largest CSA (Community Supported Agriculture) program in Arizona in the 1990s. 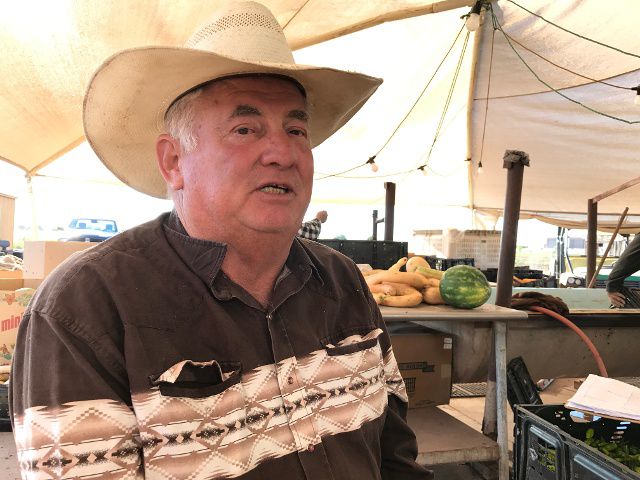 A Farm Bureau member, urban farmer Frank Martin can grow anywhere from 120 to 140 varieties of vegetables in fall and winter seasons.

Embracing the teachings of his dad, Martin continues the Native American traditions of using Heirloom seeds, natural soil care, crop rotation, and other sustainable farming practices. He believes in the "Stewardship of the Land," where first priority always remains taking good care of the land, plants, animals, and people.

Today, Crooked Sky Farms spans across approximately 420 acres in four different locations. Parcels that comprise the farm are located in Phoenix, Glendale, and Duncan, Arizona. One way Martin provides produce year-round to his customers through the 3 Farmers’ Markets he serves and the CSA is his Duncan farm location since it provides a cooler 3,600-foot elevation micro-climate.

Those who work with Frank Martin are convinced he can grow anything. And to meet him, you’d think the same. When we visited him recently, he had his seed open in front of him picking out a variety of vegetable seed for his next planting. His list of specialty produce crops is endless and changes every year. Martin’s beloved I'itois onion, prized by chefs and restaurants today, became popular after Martin began growing it locally and teaching other farmers and garden enthusiasts how to grow the heirloom onion. Other tasty seasonal favorites include Purple Majesty Potatoes, Lemon Cucumbers, Yellow Doll, Snow Leopard, and the mighty Black Diamond melons, prized Heirloom Tomatoes, Big Jim Chiles, Shishito Peppers, kale, mustard greens, chard, pumpkins, Native Cushaw Squash, bell peppers, and a mix of salad greens. If he hasn’t tried a vegetable variety, he will and he’ll grow it successfully too.

Today, Crooked Sky Farms provides produce to farmer markets, CSA members, customers, and restaurants in Arizona. And, to follow him around, he’s not stopping. 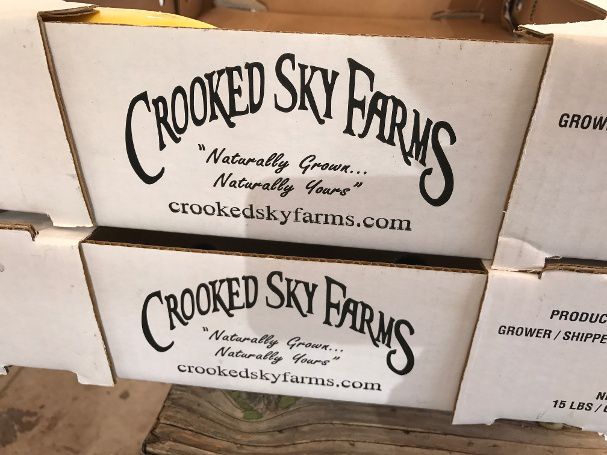 Part of an ongoing series about Arizona farming and ranching families.

Tell us about your farm operation: Crooked Sky Farms spans across approximately 420 acres in four different locations. Parcels that comprise the farm are located in Phoenix, Glendale, and Duncan, Arizona.

I like to experiment a lot with a lot of different things. I’ve been leaning toward heirloom-type crops.

Right now we have about 30 different types of just tomatoes that we grow. We also grow about 86 different varieties of melon. As opposed to just growing watermelon or cantaloupe, we grow all of these different melons and it excites people more. These are melons from all over the world that we are growing.

In the fall’s cool weather we’ll grow around 140 different types of crops. 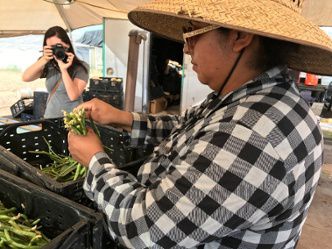 All the land that we have in the Phoenix area is leased. We’ve got about 150 acres of land scattered around the area that we lease from the same company.

Any farming practices that highlight water conservation, soil health or and other special practices? Embracing the teachings of his dad, Martin continues the Native American traditions of using Heirloom seeds, natural soil care, crop rotation, and other sustainable farming practices. He believes in the "Stewardship of the Land," where first priority always remains taking good care of the land, plants, animals, and people.

What do you love the most about farming, ranching, or the agriculture industry in general? I like the idea that you can grow food. That has always intrigued me. When you see a seed you think about how small it is and how it may not look like much. To it’s really big because of what it can create. One melon seed could create hundreds of pounds of melons.

What do you enjoy doing, and what is one fact/achievement that nobody knows about you? I started one of the first CSAs in Arizona. I had met these kids from Prescott College about 20 years ago, and they were telling me about this concept that they had. I wasn’t too interested at first, but I listened to them anyway. They had heard about the original CSA from the 1980s over in Indiana where a farm had started the concept. I listened to them and then told them I’d try it. They said they were going to have five or six farmers grow five different crops for six weeks. I grew the crops they wanted me to and a bunch of other crops, too, because I wanted to. 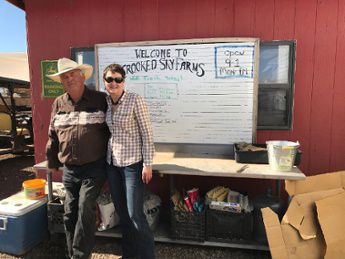 Why are you a Farm Bureau member? Honestly, the first time I got involved in Farm Bureau it was because of the insurance. But the organization has turned out to be very helpful for me in a number of ways including advocating for me as a farmer.

What is your advice for beginning farmers? When you’re on the outside looking in, it looks impossible. You have to find a piece of land first, which there are always pieces of land around that are for lease or rent. has no value if it doesn’t have water, so you want to look for a place with a very good, clean water source, or a place where the water is relatively inexpensive. Also look for a piece of ground that is manageable for you.