By Julie Murphree, Arizona Farm Bureau Communication Director: Located in San Tan Valley, Arizona, Koepnick Farms has a solid history of success and challenges, just like most farms and ranches today. In fact, those that have survived and the man who has worked hard to make the most of his business over the years is Max Koepnick. His story is one of perseverance.

Koepnick had a state land lease as part of his farming operations. A few years ago, the state wanted his land to complete an arrangement with Pinal County so the state changed his farming lease into a commercial lease even when there was no successor tenant of any kind to the land. 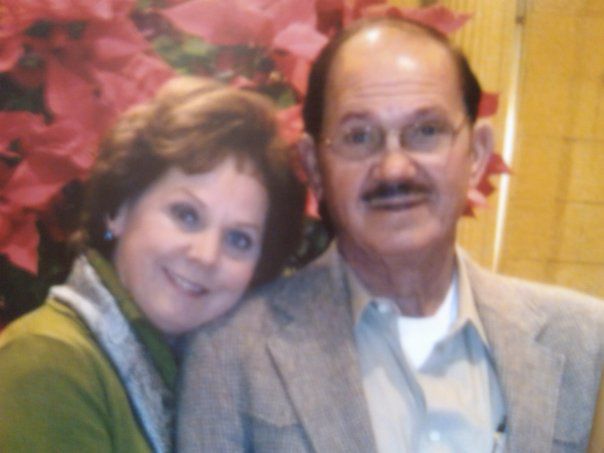 Elizabeth and Max Koepnick farm in the San Tan valley in Maricopa County. Max has had a lifelong love for family, and faith.

Not only did this loss impair his farming operation, but it was precedent setting in that it deprived him of any ability to re-coup his investments in fixed improvements on the land.

“We honored someone who decided to stand up and fight for what was ” said Kevin Rogers, Arizona Farm Bureau President. “We’re proud of all our award winners and all that they’ve achieved on behalf of agriculture.”

Previously, Max also was recognized with Cotton Marketer of the Year in 2008 by Calcot, Ltd, the cotton marketing cooperative owned by cotton growers in California, Arizona, New Mexico and Texas. In accepting the award that year, Max acknowledged all of the cotton associations that so effectively represent the industry. “I don’t know if all of us realize and appreciate what these associations do to help the cotton industry,” he said during the recognition. “The world we have today is quite small and we need all the people these associations deal with on our side. Water has gotten political. Pricing is political. Marketing is political. Sometimes we have to give up some things we might not want to, but we have to consider what we might gain.”

Many in the industry over the years have regularly credited Max with being “a good farmer.”

When it comes to farming, Max was quoted in a farm publication saying, “We look at everything. What did we do on the farm? What was our yield? What was our final selling price?”

Max always explains that he moved to Arizona for one reason: “Uncle Sam told me to report,” he said. “They gave me a duffle bag and a guy with a star on his shoulder said they were going to send me to Korea. I saluted him and said ‘yes, sir.’” But instead, he went to Williams Field Air Force Base in Arizona. “When I got out, I decided to stay.”

He has also been quoted saying, “I got mixed up in farming and I’ve been playing in the dirt ever since. I’ve been growing cotton, cotton, cotton, every year. I do grow grain now. There will always be cotton in America as long as I am alive. It’s our business and if we don’t take care of it, we’ll all be looking for a job. I don’t have all the answers, but we can’t get our heads stuck in the mud. We have to get up every day and try to find a way to get through until the next day.”

An interview with Max Koepnick of San Tan, Arizona.

Tell Us About Your Farm: Cotton has been my mainstay crop. Over the years, averages have been nearly 4 bales per Upland acre, using furrow irrigation. Farmed acreage has run as high as 2,800, the average has been range. My sister, from Austin, flies out every month to help me with the books. Forty-odd years ago I had 160 acres.

I grew up on a farm in the Slocum/Elkhart area of east Texas.

When I farmed in Yuma I mostly farmed alfalfa. Early in my working I ran a machine shop business.

Tell us more about your fight with the state regarding changing the lease designation of the land you : It was an uphill fight and these sorts of battles cost money that you don’t have but you make due when you know it’s the right thing to do. You make sacrifices to take care of important issues. Issues that are important to your environment, the industry and your livelihood. Agriculture and farming, and particularly so many of us who farmed state lease land. It was our livelihood.

If we weren’t willing to put forth the sacrifices to take care of it and do all we could to protect it we wouldn’t have a business. We would destroy a way of life that continues to go missing in this day and time.

Arizona Cattle Growers Association and Arizona Farm Bureau combined efforts to make this fight matter. Arizona Cotton Growers also joined. It takes a whole lot more to get something done than people think. It really meant sustaining our livelihood and permit the use of leased land that farmers and ranchers were committed to. We were putting what money we made back into the land. We were making Arizona a better place. It was an important effort to join together on.

All of Arizona benefits from what agriculture in this state has done over the last 100 years. All the agriculture organizations are part of what has made that happen. You followed the growth of Arizona for the benefit of the public.

What’s the next big thing in Agriculture? There is always going to be a need for food, obviously. Sure, we grow cotton and someone might say, “Well, you’re not producing food.” But without some of our farm we wouldn’t have the overall food production we have in this country. Over the years in Arizona, cotton has been the one that built our infrastructure including the water system all of us enjoy, bought our homes, bought our farms, sent the children to colleges, and much more.

Cotton never was a glamorous crop. It afforded the lifestyle every Arizonan enjoys today, including non-farm families. This and other agriculture drew people to this state since Arizona really began with farming. It’s what made the state grow.

Even though most wouldn’t consider cotton a direct food crop it’s made so much possible. And, cotton is a food crop certainly to livestock and in other forms. Cattle eat the cottonseed and you and I enjoy the healthy cottonseed oil.

So, the next big thing will always be about growing Arizona, and agriculture does it the best.

What’s your business counsel for the next generation? Honesty and integrity. If a man does not have integrity he has nothing. No one steals it and you can’t sell it. The only thing that can happen to a man’s integrity is if he squanders it. If he never squanders it, it will always have integrity. To me, that’s the greatest asset.

What is something not many people know about you? I used to race cars, sprint cars. I built cars and I was blessed to build fast cars. I drove oval track. One year, the night before Labor Day, while racing, I hit the crash wall right in front of the flag station and we were topped out. I’m not sure my miles per hour but we were going fast when we hit the crash wall. I remember it like it was yesterday.

How ? Two of us hung together; the other driver tapped his breaks and when he did, it flipped me sideways sending me straight into the crash wall. The car hit the crash wall and bounced back maybe 50 or 60 feet; up in the air about 6 to 8 feet. It cleared the crash wall sending me toward the grandstands. But the car hit the retaining fence. I looked right into the boxed seats. The retaining fence gave way and spring-catapulted me straight crossways into the middle of the track. This all happened at Arizona’s Manzanita Speedway (a dirt track racing facility located in the suburban southwestern part of Phoenix. The facility had a 1/3-mile and ½-mile track holding racing events up through the 2009 Sprint-car season. The track was sold to a rigging company and the final race was April 11, 2009).

Why are you a Farm Bureau member? All of us farmers need to coordinate our efforts, Farm Bureau allows us to do that. In fact, as a we need to support one another mentally, socially and financially. Oftentimes, we’ll put our energies and efforts in the wrong places. Instead, we need to look at those places – organizations --- that are politically and socially more viable and invest in them. Again, Farm Bureau is one of those organizations.

Their membership fee is nominal. It’s worth every penny. If we want to play, we should agree to the entry fee.

Nowadays things are so political you need to have a coordinated effort. We get so busy going out in the field and the farm we forget what has to be done in the background to preserve our industry.

Editor’s note: Perhaps the Koepnick crew had a need for speed as Max’s first wife, Eva Lena, was a member of Arizona’s Quadrille de Mujeres, a women’s drill team on horses that would ride full speed on quarter horses during a four and a half minute routine as a special event between rodeo competitions. Eva Lena passed away in 2002, much loved by Max, family, the and her drill team sisters.

Today, Max and his wife, Elizabeth, continue to farm.