By Julie Murphree, Arizona Farm Bureau Communication Director: Currently, a little more than a third of U.S. consumers have little or no awareness modified organisms (GMOs). This is an improvement from 2013, when more than half of the U.S. population fell into that category, according to a report by The NPD Group, a Port Washington, N.Y.-based global information company.  As awareness grows more consumers recognize that GMOs have benefits in producing better and more resilient crops.  But for consumers in the know, it still does not outweigh their worry, making GMOs the fastest growing food additive concern, according to the new NPD Group research. 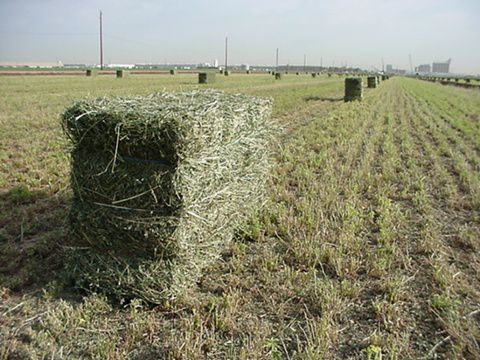 NPD’s report, Navigating GMOs for Success, explores how genetically modified foods or beverages impact grocery shopping and consumption habits.  According to the report, the more aware and concerned a consumer is, the more the consumer attempts to make perceived “healthy choices” when grocery shopping and shop at specialty grocers, produce stores, and other grocery channels in addition to traditional grocery stores.

“People don’t want technology in their food because it’s very personal,” suggests Sonny Ramaswamy, director of USDA’s National Institute of Food and Agriculture. “They want it in this,” he adds as he holds up his smart phone a recent video interview. “They don’t want you to be messing around with their food. But the technology we have in our food really the technology that humans have incorporated into our food system ever since we invented agriculture. What these new technologies have allowed us to do is hasten that process. What took 10 to 15 years, we can now do in six months.”

Director Ramaswamy, who grew up poor in India, shared these insights during a recent National Ag Library Interview series. “As scientists, we have to engage with the public to demonstrate why it is that we do this; how do we do it and show them how and become totally transparent as well. And we have failed to do it.”

Arizona cotton, alfalfa and small grains farmer Steve Sossaman a wave of opportunity with today's consumers despite a continuing fear with GMOs. "Millennials base decision on emotions and perceptions, not so much on science," said Sossaman. "So, we farmers need to communicate and make connections with customers to help form those perceptions and emotions."

TV news coverage and social media have informed consumers about and the benefits of their use, but the same channels have also fueled fears.  Of those consumers aware of and concerned about GMOs, their worries center around food safety and their interest in eating foods that are authentic and “real,” finds the NPD report.

In the midst of this information swirl, Director comments also point to a contradiction in people’s trust in technology. “The weird thing is, the same person who does not want technology in their food, wants the latest, greatest iPhone and also wants technology if they have cancer or some disease of that nature. In much of the drugs we use today are what we refer to as biologics. Drugs derived from genetically modified cells and organisms. Insulin you take for diabetes is a result of genetic modification. We have always used technology.”

Although awareness of GMOs is increasing, very few consumers (11 percent) are aware that a federal GMO labeling law was passed earlier this year. The law, which goes into effect in 2018, gives manufacturers the option of showing if their foods and beverages include genetically modified ingredients - either by words on the label, a symbol on the label, or an electronic code readable by a smartphone (QR code). Consumers, who are already relying on the packaging as a guide to determine if a product was made using GMOs, prefer on-package labeling versus using the QR code, reports NPD.

“With increasing awareness and concern, consumers would benefit hearing from food manufacturers the reasons why they use GMOs and how their use benefits their customers,” says Darren Seifer, NPD Group food and beverage industry analyst. “They want to know about what happened to the product before it reached the shelf in areas such as country of origin, corporate responsibility, allergens, and other health information. Consumers today want to be informed and appreciate it when food companies make the effort to educate them.”

NPD’s report suggests that consumers need the right information to be better informed even as the American consumer is more aware of GMOs. “Biotechnology is really the application of the latest knowledge to improve something,” explained Director Ramaswamy. “So, engaging the public to help them understand why these things are done and how we do them in an open and transparent manner is important. Don’t just throw Data at them. And, avoid coming across as condescending and patronizing would go a long way. So, we have to collectively do a better job of helping staff and colleagues develop the ability to engage the media and the public.”