By Julie Murphree, Arizona Farm Bureau Outreach Director: While Arizonans might dread the coming summer heat, we are eager to begin enjoying our summer melons and vegetables. Delicious Arizona watermelon, for example, is just around the corner, and in addition to celebrating and enjoying the cooling flavor of this ripe melon, we should also celebrate the economic contribution Arizona melons, vegetables, and other key agriculture commodities represent to the state. 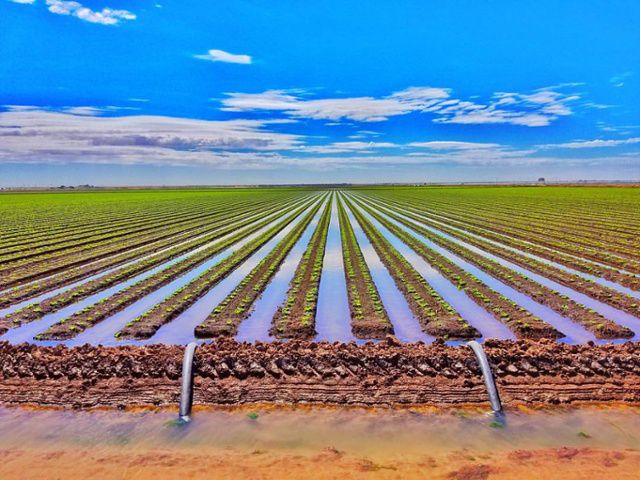 Known mainly for carrots, Arizona’s Rousseau Company in late April reported on Facebook that “the bees have been set out and are ready to get busy pollinating the watermelon plants that will be ready for harvest in the first weeks of June.” This family farm grows a variety of melons, vegetables, and summer sweet corn. They’re just one of the many Arizona family farms that comprise Arizona’s vegetable, and small grains industries, which combined had a total economic contribution of $2.1 billion in 2014 and $2.8 billion in 2015. in 2015, the vegetable and melon industry contributed more than $2.5 billion in sales to the Arizona economy, including multiplier effects, up from $1.9 billion in 2014.  The total contribution of the small grains industry, including multiplier effects, was $300 million in 2015, up from $206 million in 2014.

Two recently-conducted studies by the Economic Impact Analysis Team at The University of Arizona Cooperative Extension look at Arizona’s vegetable and melon and small grains industries. They follow on the heels of an earlier study looking at the sustainability of small grains production in Arizona. Together, these three studies reveal some interesting links between these industries that help bolster farm profitability and conserve water.

You might ask why U of A’s Economic Impact Analysis team would study the link between small grains, and melons. Their short answer is that many Arizona farmers grow both. According to the most recent Census of Agriculture, Arizona farms that earn most of their farm income from vegetables and melons also accounted for 29% of state small grains sales. Additionally, use of small grains (wheat and barley) in rotation with vegetable and melon production represents a strategy to maintain soil health and move towards higher-value, less water-intensive crops. By moving to vegetable and grain rotations from longer season crops, growers in Yuma, for example, have been able to shift production away from summer months. The shift to wheat-vegetable rotations has reduced per-acre water use 24% to 56%, dramatically improving economic water productivity – the dollar value of crops produced per acre foot of water applied. Compared to older cropping patterns, wheat-vegetable rotations increase economic water productivity 9 to 21 times.

So despite the heat, Arizona farmers are growing some amazing fruits and vegetables, generating higher cash receipts, while increasing water productivity. Personally, I keep my mind focused on our summer fruits and vegetables that way the heat doesn’t seem so unbearable.

Editor’s Note: Below some more interesting data points from the U of A’s Economic Impact Analysis team’s recent studies.

Vegetable and melon production requires a lot of labor

County rankings according to the 2012 Census of Agriculture

The predominant forms of organization of Arizona vegetable and melon and small grains farms are family-based operations and partnerships.