Of Posturing and Politics: What We Learn from the Past

By Joe Sigg, Arizona Farm Bureau's Government Relations Director I just finished a biography of Jefferson Davis…there are few good books about him…as is the case with most losing sides.

Anyway, during the Civil there were two peace emissaries who came to visit him. Davis was all in favor of peace as long as the Union respected the independence of the Confederacy.  A Confederate peace delegation met Lincoln, in turn, at Hampton Roads, at which time Lincoln said the only terms were an end to the rebellion and a return to the Union. 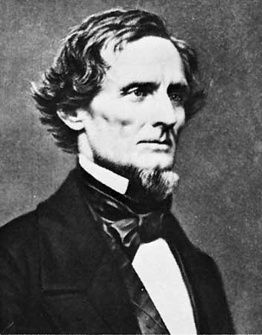 So much for throwing your anchors out…guess it did not leave much room for negotiations, but in the face of the terrible price being paid by all both leaders could say they tried.  The war waged on…the negotiations were posturing for the audience…which is why political audiences have their cynical radar up and running.