Post-Election, Hope and Reality Live on the Farm

By Julie Murphree, Arizona Farm Bureau Communication, Ag and Marketing Director: The Presidential Election of 2016 will be marked as one of the more unpredictable and wildly vitriolic elections of our time. This is the one prediction I’m confident of being accurate about. 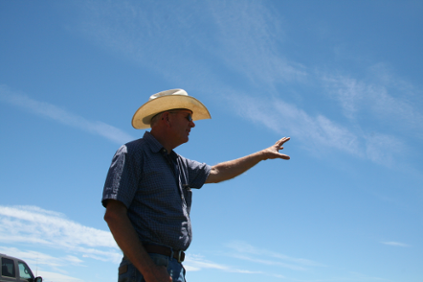 Fortune Magazine discussed well how the Democratic Party is “antagonistic toward business” and over the last eight years a “strangling entanglement of new regulations.” On the other hand, Donald Trump “has built his campaign on an attack on the very principles of globalization that fueled post-World War II prosperity” in addition to fueling “conspiracy theories.”

And now president-elect Donald Trump, after last night's surprising upset, leads a super majority in Congress as both the Senate and House are controlled by the Republicans. Don't forget, Obama had this special set up after his first election too.

Our future has never been clear regardless of who is in office; our hope in it though can be. But politicians were never really the ones that could fully fix our and make things better (though they can help mess things up). It’s always been the American people, united and hopeful about the future that really move our great country forward.

Business, community and farm and ranch leaders move our tomorrows. So, I reached out to a handful of our leaders and ask them about the “day after” on their farm or ranch. Here’s what a few of them said.

Hope and Reality Living on the Farm and Ranch

We truly do live in a great country. For more than 200 years Americans have observed the peaceful transition of 43 different presidents from competing parties, ideologies and leadership styles. That alone makes us exceptional.

Finally, one of my ranch families reminded us about the Twelve Great Reasons to Love a Great Country, by William J. Bennett and John T.E. Cribb. Vickie Parks for the list reminder below: