By Julie Murphree, Arizona Farm Bureau Communication Director: Today, the Senate Agriculture Committee approved a bill to preempt state GMO labeling laws, and there were signs there may eventually be enough Democratic support to get a version of the legislation enacted.

Three Democrats on the committee voted to support the bill, and three others, led by ranking member Debbie Stabenow of Michigan, expressed optimism that they could support a compromise measure on the floor.

At least six Democratic votes would be needed to overcome a filibuster of the if all 54 Republicans supported the legislation. 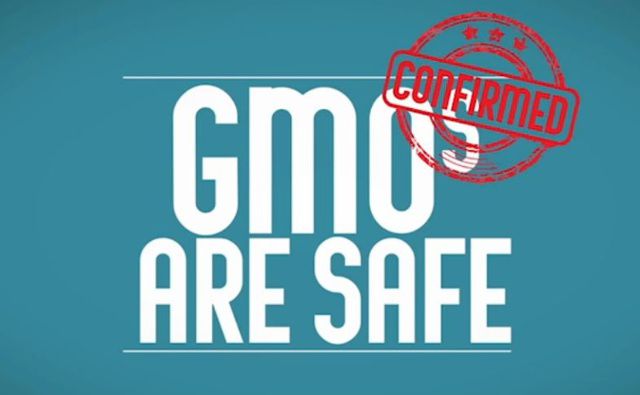 The FDA, National Academy of Sciences, World Health Organization and American Medical are among some of the organizations that recognize the safety of GMOs.

“It is vital for farmers and ranchers to engage,” says Arizona Farm Bureau First Vice President Stefanie Smallhouse, partnered with her husband in a ranch in southern Arizona.  “Right now we are letting others misinform the public about biotechnology and define the issue for us.  If we are the ones given the charge to feed, clothe, and conserve then we must defend our ability to do this responsibly, efficiently, and with the latest technology available to us. The legislation will provide a federal solution to protect consumers from a confusing patchwork of 50-state GMO labeling policies, and the misinformation and high food costs that would come with them.”

Arizona Farm Bureau has had an ongoing effort to keep the public and the agriculture community informed about GMOs and this labeling legislation. The Coalition for Safe, Affordable Food has been a key entity for working to inform the public and Congress.

“Today’s bipartisan committee approval of Chairman Pat Roberts’ labeling bill is a reaffirmation of common sense and fair play in the marketplace,” said American Farm Bureau (AFBF) President Zippy Duvall. “The legislation establishes national standards for foods made with genetically engineered ingredients, ensuring consumers and farmers aren’t forced to deal with a confusing patchwork of different state labeling mandates. It requires that labels be based in science and supports our long-standing grassroots policy for voluntary labeling and factual information sharing on the value of this important agricultural technology.

The seven-page bill would block a first-in-the-nation labeling requirement set to take effect in Vermont in July, allowing the food industry to move forward with a voluntary, smartphone-based system called SmartLabel for disclosing biotech ingredients as well as allergens and other product characteristics.

“Farm Bureau believes in disclosure that serves to inform and educate consumers on the innovative technologies farmers and ranchers use to provide food for this nation and our customers around the world,” added AFBF’s Duvall. “We support Chairman Roberts’ bill without hesitation, we appreciate the bipartisan support shown by the committee, and we look forward to swift passage by the Senate. We stand ready to work with Senate and House leaders to finalize this important legislation and secure the president’s signature.”

The National Corn Growers Association was pleased with Today's results in the Senate as well. “We find the forward momentum building behind this bill encouraging, and we urge the Senate to quickly pass this bill for the good of America’s farmers and consumers,” said National Corn Growers Association President Chip Bowling, a farmer from Maryland.  “U.S. farmers rely on GMOs, a safe, proven technology, to protect our crops from insects, and drought. The FDA should remain the party responsible for important food safety and labeling decisions based in science. Despite the scientific evidence, states such as Vermont are quickly moving toward costly, confusing mandatory labeling legislation pushed forth by agenda-driven activists. We ask the Senate to quickly move forward with this legislation to avoid a situation in which all American consumers pay a high price and gain little actual information.”

Vermont’s mandatory law requiring on-package labels of foods containing ingredients that have been genetically modified takes effect in July, and unless Congress acts swiftly, families, farmers and food companies will face chaos in the market and higher costs. Multiple studies have shown that the associated costs with Vermont’s GMO-labeling law and a subsequent patchwork of state laws will cost American families hundreds of dollars more in groceries each year – with low-income Americans being hit the hardest.

Roberts’s proposal brings continuity to the marketplace, ensuring that consumers have the access to product information they deserve without stigmatizing this safe, proven technology valued by American farmers.

Several organizations including AFBF and Corn Growers have pushed for a solution to this issue for more than two years now as members of the Coalition for Safe Affordable Food.

The bill, which will go through a markup by the Senate Committee on Agriculture next Thursday, will provide a national framework that places standards in the hands of the U.S. Department of Agriculture and creates a campaign that will educate the public on both the safety of GMOs and on the way in which they can find out more about the foods they purchase.

For more information on the need for a federal labeling standard, visit the Coalition for Safe Affordable Food, at www.CFSAF.org.