Stop the Monument: Governor Ducey Calls on Washington to Listen to Arizona

Arizona Governor Doug Ducey is calling on Washington, D.C. officials to listen to the growing number of Arizonans who oppose plans by the White House and in Congress to designate 1.7 million acres of Northern Arizona land as a new national monument.

The governor recently reiterated to the U.S. Senate Committee on Energy & Natural Resources the need for the federal government to listen to Arizonans on this issue. Those opposed to the plan include rural small businesses owners, community leaders, and ranchers. 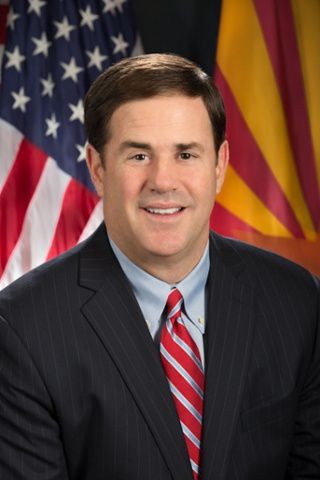 “Ranchers, farmers, hunters, the Arizona Chamber, local leaders and I have been raising concerns since early this year about proposals made by Congress and the White House to designate a new Grand Canyon Watershed Monument in Northern Arizona,” said Governor Ducey. “We have continued to warn Washington officials about the unintended consequences of designating a national monument, which will unfairly restrict access to 1.7 million acres of lands in Arizona currently used for forest restoration, water management, recreation, tourism, cattle grazing and natural resource development.

“Governor Ducey’s efforts to stop this designation are much appreciated by the farmers and ranchers of Arizona,” says Arizona Farm Bureau Kevin Rogers. “These lands should benefit Arizona. It's criminal to put the use of them off-limits.”

Added Governor Ducey, “Despite our collective concerns, there has never been a responsible effort to publicly vet the monument proposal or discuss the outdated authority that Washington is exploiting. This flies in the face of accountability and undermines sound principles of governance. It is absolutely essential that the administration to our state’s concerns before moving forward with this unilateral action.”

Click Here To Read Governor Ducey’s Statement For The Record