The Benefits of Alfalfa to the Southwest&nbsp;Ecosystem

By Ayman Mostafa, assistant area agent, ANR/Field Crops IPM for University of Arizona College of Agriculture & Life Sciences Maricopa County Cooperative Extension: The possibility of “mega drought” in the southwest U.S. is a subject of great concern in the region, which involve many topics like historical record, probable causes and possible solutions for the shortage in water in the region, how to harmonize environmental goals, urban expansion and agriculture needs and the share of water going toward crops in the region, including alfalfa hay production that supports the dairy and livestock industry. This is a good opportunity to emphasize some facts. 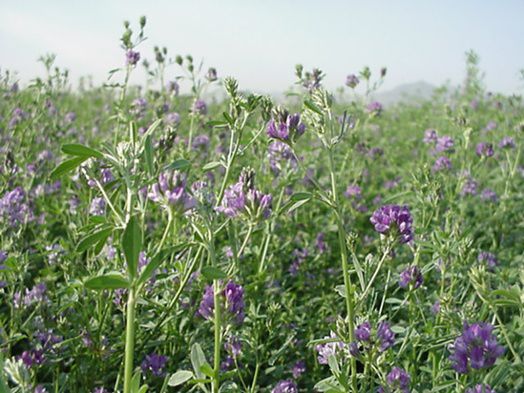 Alfalfa in the southwest ecosystem provides many environmental benefits:

To give more specificity to the environmental benefits of this perennial legume crop, you might consider the following information.

Editor’s Note: Last week, we covered Arizona Agriculture’s Amazing Alfalfa and highlight the value it brings to our state. Mostafa’s article gives us environmental insights into this amazing forage crop. Additionally, this article first appeared in a recent issue of the Maricopa County Cooperative Extension newsletter.