The Food Safety Modernization Act: What you need to Know

By Stewart Jacobson, employee of the Arizona Department of Agriculture’s Agricultural Consultation and Training: What have you heard of the new food safety law, called the Food Safety Modernization Act (FSMA)? This article will describe the basics of what will be required and of whom.

In 2011, FSMA was passed by Congress to be the newest and toughest food safety program to come from the federal government involving leafy greens, and vegetables. There are Four parts to the law: Produce Safety Rule, Animal Feed, Processing, and Imported Foods. 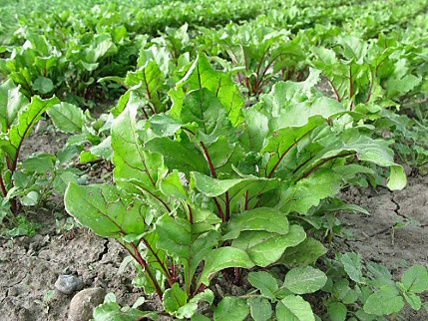 At this time only the Produce Safety Rule (PSR) has been finalized with many parts yet to be unveiled. The U.S. Food and Drug Administration (FDA) has been appointed to oversee the management of the program. Working closely with the National Association of State Departments of Agriculture (NASDA), FDA has developed the workings of the program.

FDA has been tasked with performing on-farm inspections on every farm in the United States that is producing vegetables for human consumption. There are exemptions to this which, detailed later. FDA has offered to the states the responsibility of education and training, inspection, enforcement, and program management. As a result, the Arizona Department of Agriculture has been awarded those responsibilities.

In 2016, three employees of the Arizona Department of Agriculture were selected to attend a three-day FDA/NASDA training for FSMA in Orlando, Florida. I was one selected to accompany Teressa Lopez and Alex W, both of Citrus Fruit and Vegetable of ADA, to attend. Teressa is the Program Manager of the Arizona California Leafy Greens Marketing Agreement (LGMA) and Alex was the Lead Auditor for GHP/GAP, Harmonized and LGMA. (Alex has since left ADA for a position with USDA as a regional manager.)

From February 28 through March 2, 2017, Teresa and Stewart returned to Orlando for the 2017 FDA/NASDA Food Safety Consortium to train on FSMA rules.

The first part of FSMA, the Produce Safety Rule, has evolved to include water, employee training and hygiene, and soil amendments.

Let’s start with the definition of a “farm” which covers two types of farm operations https://www.fda.gov/Food/GuidanceRegulation/FSMA/ucm334115.htm

Who is covered and exempt: A flow chart is available from FDA*

If you answer YES to the first question and NO to the rest, you are covered.

The rule also provides a qualified exemption and modified requirements for certain farms.

To be eligible for a qualified exemption, the farm must meet two requirements:

Editor’s Note: Stewart Jacobson is a part time employee of the Arizona Department of Agriculture’s Agricultural Consultation and Training. He retired from the Meat and Poultry Inspection program after 33 years and now is a consultant with the ACT program assisting growers in developing a food safety program for the GHP/GAP program. He can be reached at 602-542-0950 or sjacobson@azda.gov.