By Julie Murphree, Arizona Farm Bureau Outreach Director: David Salmonsen is currently senior director of governmental relations with the American Farm Bureau Federation (AFBF) office in Washington, D.C.  As a member of the International and Agriculture Policy his responsibilities include trade negotiations along with being the principal Washington contact for several Northeastern State Farm Bureaus. 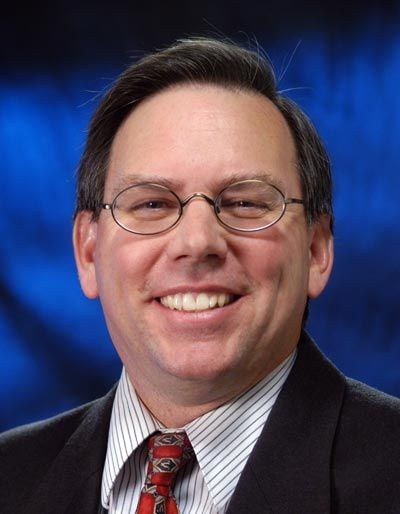 Prior to joining the American Farm Bureau in 1996, Salmonsen was Assistant to the Commissioner of the New York State Department of Agriculture and Markets. He was also Senior Director of Governmental Relations with the New York Farm Bureau.

David grew up on a dairy and vegetable farm in Manlius, New York. He graduated from the University at Albany and from the Washington College of Law. He is a member of the American Bar Association and the American Agricultural Law Association and is admitted to the bar in New York. He serves as the American Farm Bureau liaison to the President’s Advisory Committee on Trade Policy and Negotiations. He served on the Advisory Committee for the Rockefeller College of Public Affairs and Policy at the University at Albany. He was a member of Class V of the LEAD-NY program.

In February, while attending AFBF’s FUSION conference as a speaker, I slipped into the workshop on that David Salmonsen was leading. Listening to his keen insights on the topic and knowing that trade is one of Arizona Farm Bureau’s priority issues, I decided to ask Salmonsen to participate in our conversation series. Here’s what he had to say about trade and the coming months under the new administration.

Arizona Agriculture: Give an overview of why trade is so critical to American agriculture.

Salmonsen: U.S. agricultural exports have grown from a value of $50 billion in 2000 to over $132 billion in 2016. Soybeans are 16 percent of the value of agricultural exports; red meats are 10 percent; corn is seven percent; tree nuts are 6 percent, wheat is 5 percent; vegetables are 5 percent; fruit is 4.5 percent; poultry is 4 percent and cotton is 3 percent. As a share of U.S. production that is exported, cotton leads the list of export-dependent crops with over 75 percent of U.S. produced cotton exported. Many other U.S. crops also depend on foreign markets such as tree nuts with 70 percent exported; wheat with 47 percent; soybeans at 46 percent; rice at 35 percent; pork at 22 percent; corn with 11.5 percent of production exported and beef at 10 percent. Soybeans and meats have consistently improved their export growth over the last decade.

Arizona Agriculture: With Trump abandoning the Trans-Pacific Partnership, how does American Farm Bureau pivot to this new trade environment?

Salmonsen: The U.S. formally withdrew from the Trans Pacific Partnership (TPP) on January 30, 2017. This action leads us to encourage the Trump Administration to secure the gains of the TPP in market access and improved standards through bilateral agreements, especially with Japan. There are planned discussions between the U.S. and Japan on trade, which have the potential to lead to a negotiation. Most of the $5.3 billion annually in expanded agricultural exports through TPP with Japan. Vietnam and Malaysia are also in the TPP and are significant markets that should be considered for trade agreements.

Arizona Agriculture: In your presentation during February’s FUSION conference, you mentioned a new environment of bilateral agreements instead of multilateral. Is there any historical precedent that suggests one approach is more successful than another and what opportunities can American agriculture extract from this new trade environment?

Salmonsen: Both approaches have been successful for U.S. agriculture. The North American Free Trade Agreement (NAFTA) among the U.S., and Canada was implemented on January 1, 1994. For U.S. agriculture, exports to Canada and Mexico have increased from $8 billion in 1993 to $38 billion in 2016. Mexico has removed all tariffs on U.S. agricultural imports. Canada, except for the supply managed dairy and poultry sectors, is also tariff free. The removal of these barriers has resulted in the increase of trade among the three countries. We also have increased agricultural trade with bilateral agreement partners such as Australia, South and Colombia. An advantage of a multilateral agreement is that changes in trade rules will apply to more countries once the agreement is approved.

Arizona Agriculture: So much of Arizona’s agriculture is exported, especially our cotton. So, trade is important to our state along with the rest of the country’s agriculture. If American agriculture doesn’t get the trade agreements it needs to move product, what can we expect to see in the near future?

Salmonsen: U.S. agriculture wants to preserve the gains it has achieved in trade agreements so that any renegotiations cannot result in the imposition of new tariffs against our products. We are in competition with other countries for access to markets. For example, Australia already has a preferential deal with Japan on beef that grants them a lower tariff than what the U.S. beef exporter has to pay. Not keeping up with the competition means that we lose market share and this results in lower prices for U.S. producers.

Arizona Agriculture: Despite current challenges to trade policy, what can we get really excited about?

Salmonsen: Even though the U.S. has withdrawn from the TPP, there is strong growth in Asian/Pacific markets, leading China. A continued commitment to removing trade barriers that these countries have against U.S. agriculture will result in strong future market opportunities.

Arizona Agriculture: Aside from the obvious grassroots lobbying of our states’ congressional delegation, what can Farm Bureau members do to keep trade front and center in everyone’s mind?

Salmonsen: Congress and the Administration have the leadership on trade policy. Let’s remember that both respond to public opinion. Farm Bureau members need to share the benefits of trade to agriculture and to other sectors of our economy, with policymakers in government and with the public. Trade education is necessary more than ever. It is critical to the livelihoods of farmers and ranchers that the U.S. support efforts to expand market opportunities around the world.

Arizona Agriculture: What else regarding trade should we be mindful of in this current environment?

Salmonsen: With over 22 percent of farm income coming from trade, and with the capacity for growth, continued and growing trade is critical to agriculture’s economic future.

We also need to make the point that efforts to help a specific industry sector through protection can by retaliation by a trading partner against another economic sector. The sector that is the target of retaliation is often agriculture.

Editor's Note: This article originally appeared in the April issue of Arizona Agriculture.