We Support Arizona Farmers Use of the Herbicide Atrazine

By Ana Kennedy Otto, Arizona Farm Bureau Government Relations Manager: The Arizona Farm Bureau represents farmers and rancher from all across Arizona. Our state’s agriculture contributes $17.1 billion dollars to Arizona’s economy. A number of our state’s farmers and dairymen would be negatively impacted by the Environmental Protection Agency’s (EPA) decision to restrict or eliminate the availability of atrazine. We have posted public comments to this regard.

We strongly support the continued use of atrazine and urge the agency not to prohibit or restrict its availability and use. Arizona's farmers any crop protection with great care including being conservative with and adhere to all regulations. In our comments to we believe the Agency’s restrictions or ban of the herbicide would be costly to our farmers. American Farm Bureau has even suggested that banning the chemical could cost corn farmers as much as $59 an acre to use alternative weed-control methods. Other growers could be forced to absorb similar costs increases. 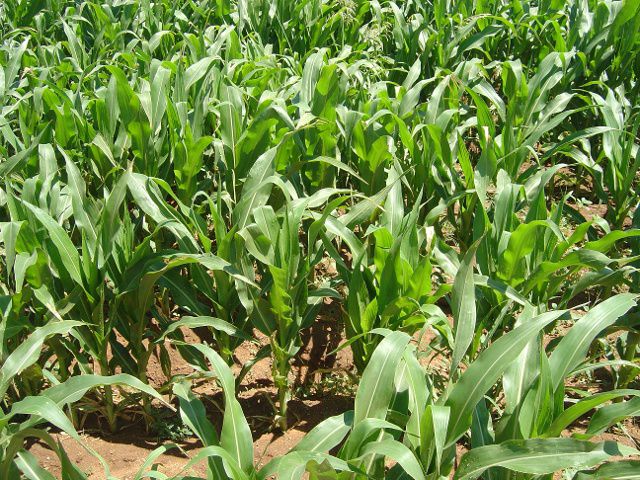 In Arizona, atrazine is an important crop protection tool in the production of corn and sorghum.

At its core to our objection to the EPA’s decision is the concern that much of their decision-making appears to be influenced by unsound science.

In Arizona, atrazine is an important crop protection tool in the production of corn and sorghum. The 2015 National Agriculture Statistic Service State Agriculture Overview reported 69,000 acres of corn and 24,000 acres of sorghum harvested last year. Atrazine is an economical product that is used extensively in controlling various weeds. In some cases, alternative products three to five times more than atrazine and are not always as effective. Consequently, restricting or eliminating the use of atrazine would increase the costs of production, potentially reduce yields, and harm profitability.

The use and beneficial impact of atrazine well documented in U.S. agriculture. Atrazine was first registered for use in 1958. Since that time it has been subject to much scrutiny and scientific evaluation. However, in conducting the reevaluation of atrazine, the EPA has strayed from the process of conducting an honest, transparent, open and unbiased review. We understand the agency is disregarding recommendations and counsel from its own 2012 Scientific Advisory Panel (SAP). The results are the draft ecological assessment includes scientifically questionable studies and ignores or discounts rigorous, studies. Additionally, and especially problematic, the draft assessment utilizes modeled, theoretical scenarios, that inflate risks well beyond what are normally seen in actual, real-life situations.

As a member of the American Farm Bureau Federation (AFBF), we support their comments submitted to the docket. Along with AFBF, we too urge the EPA to reassess the draft ecological risk assessment to incorporate the advice of previous SAPs, use legitimate science and evaluate the chemical fairly. Farming is not an easy job, yet there are tools available that help deal with the pests and weeds that can infiltrate and take over a crop. Atrazine is one of those important tools used by Arizona’s farmers. Its loss would prove costly.