About the Next 100 Years

It’s somewhat fitting that our Centennial year fell (2021) in the year immediately following one of the most turbulent periods in recent history. To come through that and other challenges in previous decades stronger than ever is a testament to our resilience. But how do we as individual farmers and ranchers, as an industry and an organization stay on this path?

In the last 18 months, I have participated in multiple forums where resilience has been the focus of discussion, especially in the food system. But resiliency can be somewhat of an abstract concept. Jamie Stone, who studies agri-food supply chains, defines resilience as, “the ability of an entity or system to react to disruptions in such a way that core functions are maintained.”  I like this definition because it can also be applied to us individually, our own individual resilience within the bigger picture. The alternative language might be - the ability of a farmer to react to adversity in such a way that his or her spirit, motivation, and productivity remain strong. 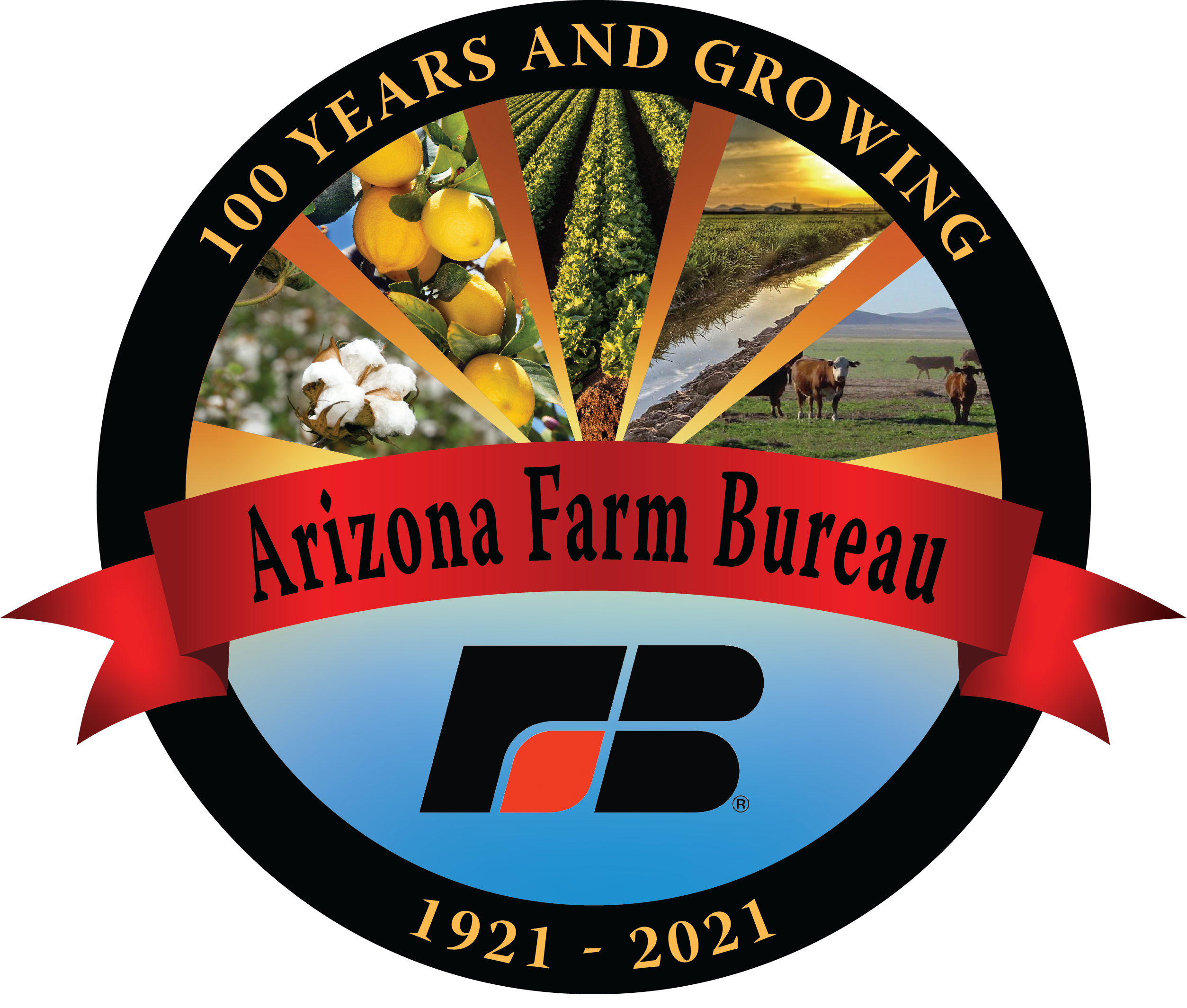 Dr. Lucy Hone is a senior fellow at the University of Canterbury, author and corporate consultant specializing in well-being science and resilience initiatives. Most of her work is focused on “Finding Strength and Embracing Life After a Loss that Changes Everything,” also the title of her best-selling book. We all know a life in agriculture means you will experience adversity and that adversity can often feel like loss. Loss can be experienced in many ways, by way of lost loved ones, a lost crop, access to water, wildfire devastation, and drastic economic losses, just to name a few.

Hone has spent considerable time researching resiliency through loss and found that the people who come through hardship act in similar ways to help navigate through adversity. So, what are those actions or reactions? Outside of any one person’s spiritual beliefs and faith (because that cannot be overlooked), how can we as individuals, an organization and an industry emulate this behavior and apply it practically to what we encounter in agriculture?

Dr. Hone found there are three strategies to resiliency. Number one: we should get that “stuff” happens. Suffering is part of life and human existence in the same way that adversity is part of agriculture. For example, pandemics happen, trade wars often accompany geopolitical disruptions, climate variability is inevitable and elections that result in leadership changes can challenge our ways of operating in business. As Hone points out, these situations should not position us as victims, but as problem solvers and adapters.

Number two: ask yourself the question, is what I’m doing helping me or harming me?  During this time of Mega Drought, is it helpful to dwell on those decisions that are out of your control or necessary but not what you would choose to do otherwise?  For instance, sitting in the sale barn all day watching pairs and bred heifers, some of them yours, go through at rock bottom prices is likely not helping you be more resilient. Watching in anxiety as your only feed on the ranch goes up in smoke during a back burn in June, is likely not making you more resilient. Becoming more insular by closing off from your greater community, friends and family when all you can think about are the fields that will sit fallowed this year because of the Colorado River Shortage declaration, is not making you more resilient. Figure out where in your life you can be in the driver’s seat and place your energy and your time there.

Number three – we must focus on the things we can change and get past the things we can’t. As Dr. Hone explains, we are essentially hard-wired to focus on the negative for survival. It’s smart to see threats and risks but don’t become so obsessed that we become incapacitated by fear and anger that we miss an opportunity, or we simply don’t relish or refuel in those blessings that might be fleeting.

This third strategy is where Arizona Farm Bureau syncs with its members to ensure resiliency. Farm Bureau cannot make it snow and it’s very unlikely we will alter the 100-year-old Colorado River Compact to prioritize alfalfa growers in Pinal County over city dwellers in Los Angeles, but we can advocate for improved infrastructure and a more streamlined permitting process. We can assist our members in seeking out different markets when our ability to farm and ranch in previous ways has been impacted. We can be both fully aware of the threats of certain disruptive technologies while also seeking out their benefits or using those circumstances to differentiate products to our members’ advantage. We can track opportunities in the ever-changing consumer demands and advocate for the deregulation of niche markets to fill those voids.

Many of the issues we have worked on as an advocacy organization both early in the previous century and now again today are directly and indirectly related to the Life Cycle of Industry and quite predictable. According to multiple business insider organizations, there are five stages in this life cycle that impact price, innovation, market share, disruption, and consolidation.  Just being aware of this cycle might help us to affect change in some areas and move on from those efforts which are greatly out of our control. The stages follow.

Now obviously this is generic, but it can be applied to any industry -- even with some more complex than others -- especially the agri-food system. I believe if we have a basic understanding of this life cycle, we can more successfully identify opportunities and determine the likelihood that we might impact change.

When I originally presented these thoughts to the delegates at the 100th Annual Meeting of the Arizona Farm Bureau Federation, I took a moment to hold up a can of our Old Ellsworth Brewery centennial craft brew – Cien. This was to shamelessly promote our celebratory brew and as a visual to use the craft beer industry as an example of where the unexpected change happened in a highly consolidated industry and what this might mean for other commodities and specialty crops trying to navigate their way through price volatility, supply chain disruption and market control, basically that life cycle I just referred to.

As reported by Derek Thompson in the Atlantic, in almost every economic sector in the U.S. a handful of companies control a prodigious share of the market. This is largely due to a general lack of concern by the consumer as to consolidation - that fourth stage of the industry life cycle - along with shifts in anti-trust enforcement. Thompson argues that the beer industry has been one of the worst offenders. In fact, as of 2012 only two companies, Anheuser-Busch and MillerCoors, controlled nearly 90% of beer production. From 2002 to 2007 growth in production at these large companies was on the decline, as well as the demand for beer overall. However just a short time later, during a time of economic instability and disruption (2008 to 2016), the number of brewery establishments expanded by a factor of six and workers grew by 120%.  Again, all during a time of consumption decline. This means, while Americans are drinking less beer, they are paying more for a superior product.

After Thompson interviewed several economists and beer industry experts, he concluded that the craft-beer revolution that occurred despite globalization and behemoth efficiencies is driven by two factors:  consumer preference and how the combination of rules and regulations can either spur innovation or crush it. He further explains, early in the 20th Century the alcohol industry came under heavy regulation to make it deliberately inefficient based on morality arguments and to make it very hard to monopolize. This worked until the enforcement of anti-trust laws changed in the 1980s.

However, since that time, there have been many other rule changes that have created space for upstarts while still regulating the larger firms. Like in 1978, the legislation that legalized home-brewing and the more recent legislation allowing craft breweries to sell beer directly to consumers in taprooms. They can cultivate customers, but these allowances phase out as they become bigger. During the pandemic, state laws were adjusted to allow for flexibility in alcohol sales direct to consumers in 35 states, up from just 12 before.

So basically, a more flexible regulatory environment according to size, fosters innovation and more quickly reacts to consumer preferences while maintaining consumer protections. This was very evident during the pandemic and has been a significant topic of conversation when speaking about resiliency in the food supply chain.

I think we can see some opportunities in this space for more farm and ranch products. It’s certainly not easy to do this and can be very risky – but we are in the driver’s seat. This is recognizing where we can spur change and move away from areas we cannot change. Old Ellsworth Brewery is not competing with MillerCoors on price or efficiencies, but on consumer preferences of which taste is only one factor. We know there are advantages to when consumers prefer local, less processed, and at-home eating. That is because a greater percentage of the dollar goes to the farmer or rancher. Today 80% of the consumer dollar goes to post-harvest services rather than the farmer, in 1950 it was more like 60/40.

We Are Not Victims; We Are Resilient

The last two years have been tough for many in our Farm Bureau family and some of those stressors are not going away any time soon. So, I offer these thoughts to you in summary:   First and foremost, we are not victims. We are vital contributors to the food security of this state and nation. Secondly, let’s not be divisive, insular, or angry in our response to adversity because that’s not helping us. Thirdly, there are opportunities around us and by recognizing this we can change many circumstances that might threaten our resilience; we must be focused and in the driver’s seat. But most importantly, let’s not allow adversity to define Arizona’s most important industry, instead, let our response be an example of strength.

Arizona Farm Bureau has been and will continue to be that partner who works alongside you at the legislature, in the halls of Congress, in the social media stratosphere and in the classroom, promoting this industry through our ACE’s platform of Advocacy, Communication and Education. Farm Bureau’s resilience at every level and through a Century of time is because of its passionate, dedicated and thoughtful volunteers, members and staff.

I am so very proud to be a part of this century-old organization and this agriculture family!  Cheers to another 100 years and thank you so very much for this great privilege to serve as your Arizona Farm Bureau President!

Editor's Note: This commentary originally appeared in the January issue of Arizona Agriculture.