Julie Murphree, Arizona Farm Bureau: The newly passed 2014 Farm Bill with the President’s signature creates a new competitive research and extension grant program, the Citrus Disease Research and Extension Initiative, designated to combat disease that threatens the citrus industry not only in Florida and California but Arizona as well. It dedicates $25 million in annual funding for the grant program, and authorizes an additional $25 million in annual discretionary spending, over the next five years. Arizona agriculture's citrus industry, along with the other states', needs a viable solution to combat the disease.

From one of America’s largest citrus growing regions, U.S. Rep. Tom Rooney (FL-17) recently praised passage of the Farm Bill agreement, which includes his new initiative to fight citrus greening, guarantees $125 million in citrus disease research funding over the next five years, and authorizes an additional $125 million in discretionary funding designated to combat the disease.

Rooney noted that as a member of the Appropriations Subcommittee on Agriculture, he would fight to ensure that the program receives the full $50 million each year. “Florida’s farmers, and growers are cheering,” Rooney said. “Our farmers deserve, and all American taxpayers deserve, a long-term farm bill that reduces the deficit, enacts critical reforms, and ensures that we can continue to enjoy a safe, affordable and abundant food supply.” 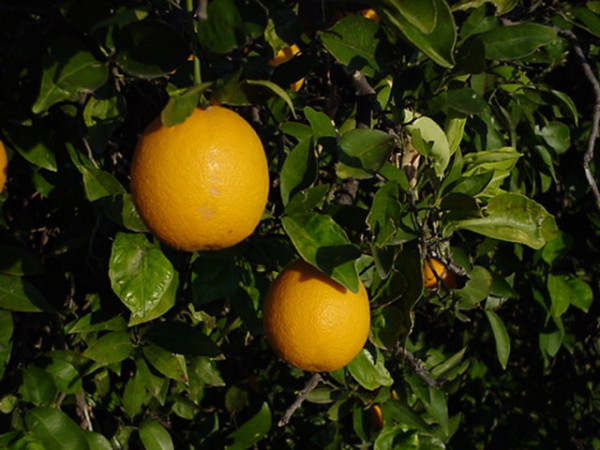 “Every farmer, and grower has their own reason for cheering for the passage of the 2014 Farm Bill,” said Stacey Loghry of Sunset Nursery, Inc., in Yuma, Arizona. “As citrus farmers, we are cheering because of the research monies that have been dedicated toward fighting Citrus Greening Disease. This devastating disease, and the psyllid that vectors are wiping out citrus across the world, and are taking a major toll on the citrus market here in the United States.  Our farm in Yuma has been no exception:  we too have been impacted greatly by the Asian Citrus Psyllid.  Each dollar spent on research puts us one step closer to complete eradication – an absolute victory for the entire citrus community worldwide. Even though the Farm Bill has many complicated layers to it, we cannot help but feel like its passage is a show of support for an industry that we love dearly.”

Aside from a constantly changing market, citrus orchards in Arizona now face an increased risk from pests, most notably the Asian citrus psyllid, an invasive insect that has decimated groves in Florida by spreading the citrus greening disease. A few of the insects have been found in Yuma and in Nogales, but the species isn’t established in Arizona and has not been shown to carry the disease.

“I’m very excited that this bill includes our new initiative to fight citrus disease, and provides the funding needed to help win this battle,” added Rooney. “Getting this funding to fight citrus greening is a huge victory not just for the growers in my district, but for our entire state and everyone in this country who drinks orange juice.”

Rooney noted that the citrus industry creates $9 billion in annual economic impact and 76,000 jobs in Florida alone, but faces a grave threat from citrus greening, which has wiped out thousands of acres while costing the state thousands of jobs and billions of dollars in economic activity.