By Driggs, Maricopa County Young Farmer and Rancher chair. She recently completed her Juris Doctorate. It was December 2012, a few days before Christmas when I got the call. My brother backed over our ten-year-old nephew with a vehicle. My nephew was playing near the vehicles and when he heard my brother leaving, he thought he would hide under the car in an attempt to scare him as he left. Things did not go as planned, and as my brother started the vehicle my nephew failed to get out from under the car and was subsequently run over by the front tires. Luckily he suffered no serious injuries and was released from the hospital the next day. Later at I asked him, “What were you thinking?! Even a cat has the common sense to get out from under a vehicle when the engine starts up!”

Suffice it to say that the logic and reasoning skills of a are not fully developed.

In fact, children ten and under have the highest rate of injury on U.S. farms. Every year 100 children are killed and 32,800 are seriously injured because of an accident on a farm. I am sure we all have a story of a young child in our family that has had an accident on the farm. Tractors, livestock, chemicals, stock ponds, and even stray baling wire can all be a danger when children are around. While there is no way to assure that any play area is 100% “safe,” creating a play area that is carefully planned and has minimal exposure to hazards is a good place to start. 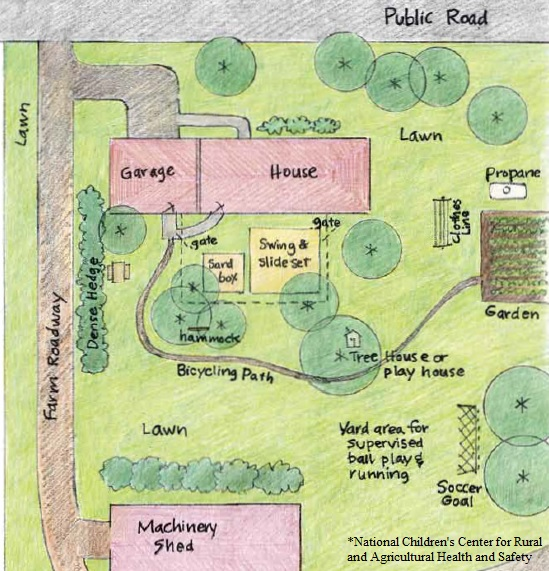 Ensure appropriate supervision and explain any rules for the play equipment. You may even want to post the rules to remind kids and visitors.

It takes time, effort, and even a little money to create a safe play area, and you may be wondering why you should bother. The most important reason, of course, is to keep your children safe and out of harm’s way. I know that many of us grew up without safe play areas and came out of it alive and unharmed. Then again, many of us grew up without wearing a seat belt, only to roll around in the back of mom’s station wagon when she turned the corner a little too fast. Today many of us wouldn’t dream of putting our kids or grandkids in a car without using a seat belt.

Times have changed, safety has changed, and we in the agriculture industry need to be leading that change. The agriculture industry needs to proactively self-regulate the safety of our children so that a government agency does not step in and try to do it for us. In 2012, the same year that my nephew had his accident, the Department of Labor had proposed rulemaking that would prevent children from working on farms. Thanks to the efforts by groups such as the Farm Bureau, those proposed rules were withdrawn. However, the message still lingers – there are people out there that don’t think a farm is a safe place for a child. Creating safe play areas for children sends the message that the agriculture industry is capable of implementing changes that keep our children safe without the interference of a government agency. 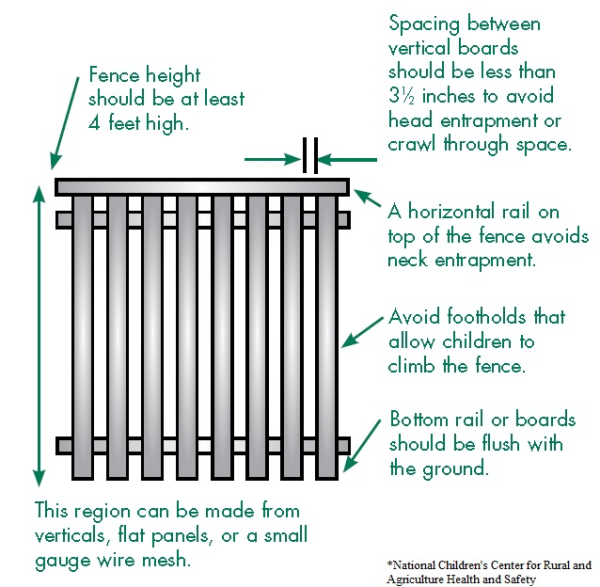 Use sturdy fences with stable gates and latches.

Perhaps you have thought about creating a safe play area or maybe it has never occurred to you. Either now is the time to take action. Safe play areas are most beneficial to children ten and under. Below are some simple suggestions on how you might get started:

For more information about creating a safe play area go to https://www.marshfieldclinic.org/safeplay. Arizona Farm Bureau recognizes the importance of safety on the farm. The AZFB Safety Program offers safety brochures, and articles that can be found at http://www.azfb.org/public/467/programs/workplace-safety-and-health.