By Julie Murphree, Arizona Farm Bureau: Did you know that Arizona grows the best sweet corn! Well, we (Arizona natives) think so. And, it certainly is sweet.

Iowa isn’t the only place to eat some yummy sweet corn, even if my relatives from this great Midwestern state might argue the point (My mom, originally from Iowa, will certainly argue with me on the topic). Arizona agriculture’s Maricopa County farmers are planting in February and March to serve up delicious sweet corn by early summer. 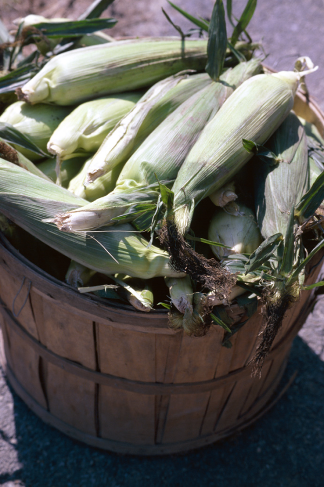 The sweet corn season is in full swing!

In fact, Central Arizona’s sweet corn season runs late May to Mid-July. Then the harvesting moves north and south. Specifically, northern and southern Arizona’s season runs mid-July to as late as September. Depending on the sweet corn variety, sweet corn can be ready for harvest in 65 to 90 days.

This summer crop is native to the Americas and is full of nutrients. Sweet corn is cholesterol free, a good source of vitamin C and A, Potassium, and Fiber; plus it’s high in antioxidants.

My top 14 favorite facts about sweet corn are a celebration of this summer food!

While the sweet corn season is fairly short, along with watermelon, it ushers in summer fun like no other food. Arizona Farm Bureau’s Fill Your Plate features a variety of farmers selling sweet corn this summer.

Our new “Celebrate Arizona Sweet Corn” tells the sweet corn story in Arizona agriculture and features the farmers that grow it.

Come get some fresh, local sweet corn while you can!