Arizona Agriculture Makes a Commitment to Streamline its Water Policy

Maricopa County Farm Bureau proposed the Ad Hoc committee and put before the delegate body some guiding principles on behalf of committee members. Their motion follows. 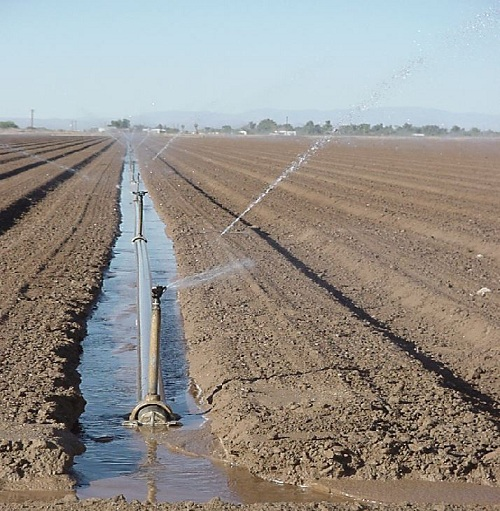 (Note:  This is not a policy. It is a motion to form an ad hoc committee)

The work of the committee would be generally guided by the following basic principles:

The value of this special committee's efforts cannot strongly enough as water is such a vital resource to every community.

And, as some Arizona "water influencers" pointed out, agriculture and water go hand in hand and that agriculture we would not have the infrastructure we do today.

"There has been so much done throughout Arizona’s history to aggressively acquire, secure and protect Arizona’s water and get it put to use," says Sandra Fabritz-Whitney, director of the Arizona Department of Water Resources. "I base the future on that same determination. What I see still in Arizona are people who are dedicated to the long-term economic development and security of the state. So, coming at it from that perspective, I’m very hopeful and feel that our future is very promising; not that it’s not without its challenges. That same resolve we’ve previously used to secure and develop water supplies, construct reservoirs and dams that maintain those water supplies and reduce variability, must be applied to our future efforts."

Another voice suggests that preserving agriculture is truly about the water in this state. "Preserving agriculture in Arizona is not about land," says Grady Gammage, and attorney who is also a Senior Fellow at ASU's Morrison Institute. "We have plenty of . It’s about water. you keep agriculture in the water use mix. I think we should for several reasons. One, in the Sun Corridor the presence of agriculture mitigates the heat island effect; actually moderating the climate. The second reason I think we should, it’s the only sort of we have to why there is a big city here in the first place. Phoenix is a farming town. Farming is Phoenix’s heritage; it’s why we’re here."

Arizona Farm Bureau's Government Relations Director Joe Sigg points to our ongoing commitment to working out the differences on water policy and preserving a vital natural resource in our desert state. "Conversations about water in Arizona are ongoing and this process of Farm Bureau will keep our engagement well represented, clear and fresh," says Sigg.