By Jim Klinker, Arizona Farm Bureau: The National Government Relations Committee of the Arizona Farm Bureau Board of Directors just returned from Washington DC. They spent three days meeting with Arizona’s nine congressional and two senatorial offices on Water Rights on Federal Lands; overreach by EPA on what is Waters of the U.S.; more transparency in the Endangered Species Act (ESA) and Equal Access to Justice (EAJA); the need for agricultural work visas and labeling of genetically engineered foods. The Farm Bureau delegation met personally with all but Congressman Franks and Pastor, whose staff did meet and briefed on these issues. 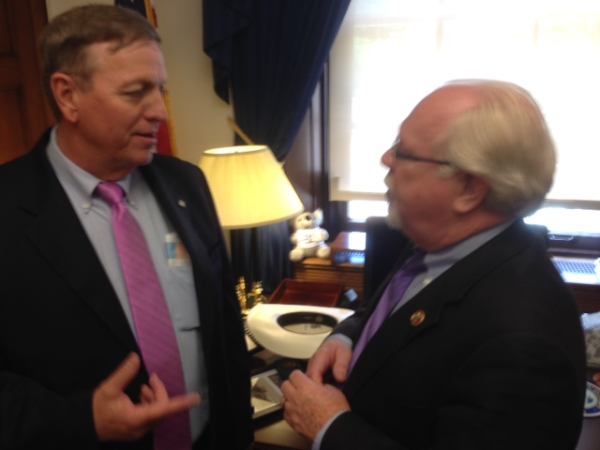 Arizona Senators John McCain and Jeff Flake were asked to support and encourage Senate consideration of HR 3189, the Water Rights Protection Act. The Bill has passed the U.S. House with bipartisan congressional support (Barber-D; Kirkpatrick-D; Sinema-D; Salmon-R and Franks-R). The bill tells the U.S Forest Service and BLM that they cannot extort water rights from federal land users as a condition of renewing a lease. This is occurring in the west and caught congressional attention in Colorado when a ski area was required to relinquish a portion of its water rights to renew their skiing permit. Several Western State Farm Bureaus who had been pointing out the problem prior to the ski got the American Farm Bureau involved and worked to get the bill to include all federal . 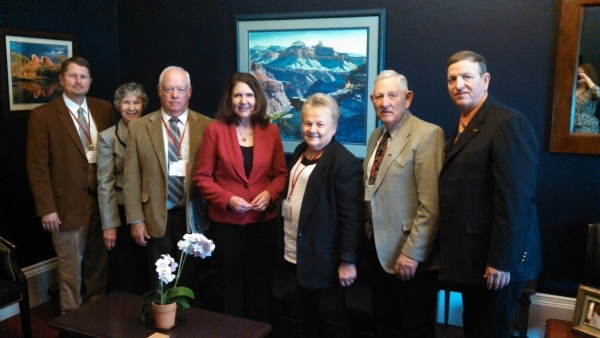 Congressional Offices were well aware of EPA’s overreach in declaring their Clean Water Act regulatory authority over anything (intermittent streams, dry washes, Irrigation ditch, stock tanks, puddles) that has the potential to drain into of the U.S. Comments are due by Mid- June on the guidance document. Farm Bureau is asking Congress to pressure EPA to extend the comment period for another 90 days.  Water interests from around the country are mobilizing to flood EPA with letters on the effects of this regulation. Farm Bureaus own FBACT can help you send a comment to EPA.

House bills abound to make U.S. Fish and Wildlife more transparent with their documentation when listing endangered species and litigation costs that are paid to environmental groups under EAJA. House members were asked to join Congressman Paul Gosar (R-AZ) in cosponsoring and voting for HR’s 4315, 4316, 4317 and 4318. 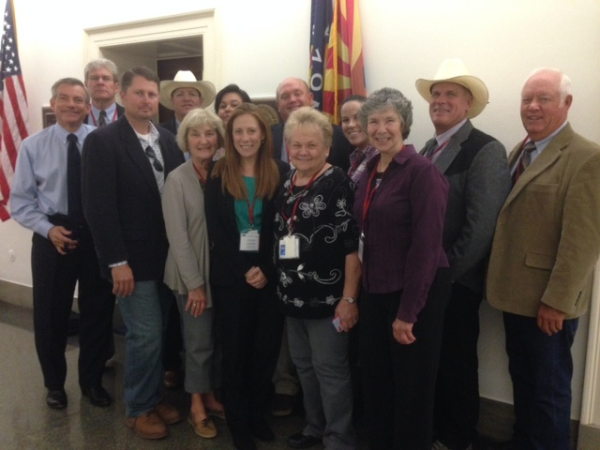 Comprehensive immigration reform legislation, including worker visa reform and border security, has passed the Senate but House action is mired down with Republicans split on solutions to the issues. Farm Bureau supported the Senate bill even though there are problems with provisions dealing with high wage rates and too few worker visas authorized. We asked Arizona’s congressional delegation to support the four bills passed by the House Judiciary Committee and piecemeal other provisions to garner enough support to get something out of the House and into conference committee. Conventional is that little is going to happen prior to election primaries. 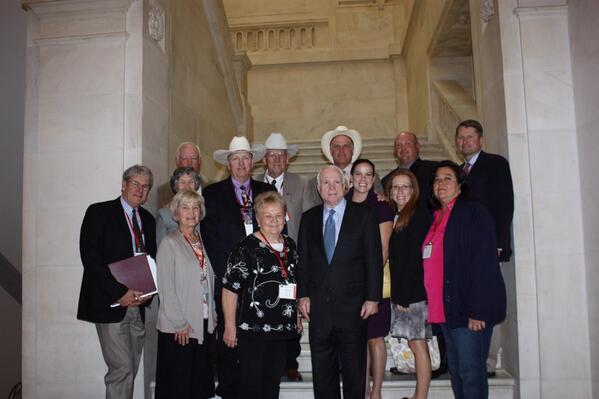 The Arizona FB group briefed each congressional office on new legislation (HR 4432) that would set up federal voluntary labeling of food containing Genetically Modified Organisms (GMOs). The bill is the result of the efforts of a large coalition of food retailers and processors along with many agricultural production groups to preempt states from passing a patchwork of labeling requirements. An initiative drive is underway in Arizona to place a requirement on foods containing GMO. For more information on the GMO issue, Arizona Farm Bureau has set up Biotechnology in Agriculture page on azfb.org with a list of articles and resources on the subject.