Arizona Farm Bureau’s 100 Years: A Q&A with Our President

Arizona Agriculture: Like other state Farm Bureaus, Arizona Farm Bureau can now claim 100 years of history. You officially formed in 1921. What historical records do you like to take note of in 1921?

Smallhouse: While it is the year Warren G. Harding is sworn in as the 29th President of the United States, and Calvin Coolidge as Vice President, it’s also the year the Emergency Quota Act passes the U.S. Congress, establishing national quotas on immigration. Of course, this year is part of what later becomes the “Roaring 20s” It will be interesting to see what they call the “20s decade” in this century considering we’ve so painfully started out in this last year with a global pandemic.

Relating to Agriculture in Arizona, life was different back then, of course. Farming in Arizona was heavily centered on the Salt River Valley, where Roosevelt dam and related projects had created a reliable water supply for over 300,000 acres of prime land. Ranching could be found throughout Arizona, especially in the outlying counties. The combination of plentiful water and a nearly year-round growing season made farming and stock-raising a major sector of the state economy, along with mining.

Arizona Agriculture: State Farm Bureaus like Arizona Farm Bureau all have a unique legacy as it relates to the volunteer leaders. How would you describe this distinction?
Smallhouse: More than 100 years ago, Farm Bureaus throughout the country had been around in various ways driven by a “grassroots” model that meant efforts started at the local level. They generally started as county units, allied with local extension agents. This structure for all the state Farm Bureaus has survived and strengthened over the decades. It’s what makes us such a powerful advocacy organization on the state level and nationally with American Farm Bureau.

Arizona Agriculture: Arizona Farm Bureau can claim some notably famous people in their membership.
Smallhouse: Yes. When rummaging through our records we came across a copy of a letter from John Wayne renewing his membership in the Arizona Farm Bureau. It’s so very appropriate that “The Duke” who farmed and ranched in Arizona would be a member of the Arizona Farm Bureau. We might possibly have others with a bit of notoriety --- we know of one rock star in membership who wishes to remain anonymous --- but no one beats The Duke on the claim-to-fame scale. 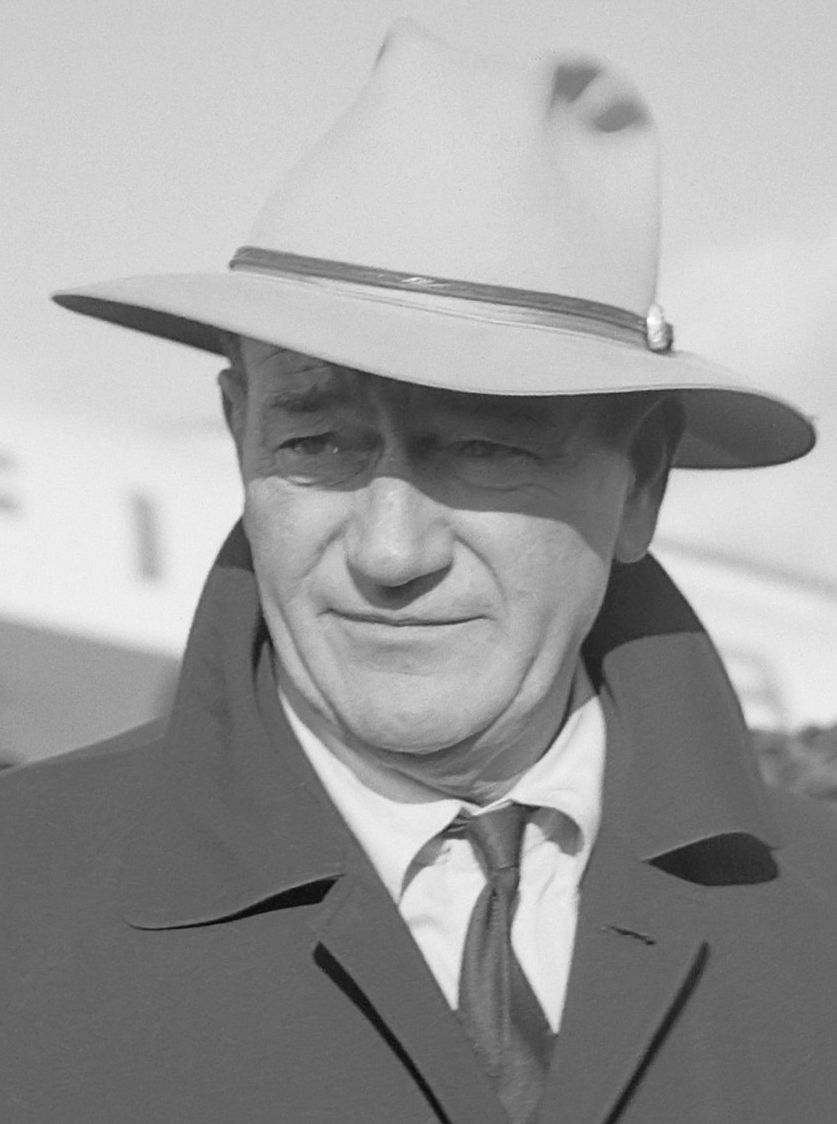 Arizona Agriculture: While so many Farm Bureau states have already celebrated 100 years and certainly have some special highlights in their history, what do you believe gives Arizona distinction.
Smallhouse: Every Farm Bureau can certainly claim distinctions, and all should be proud of their achievements. What I like to highlight about Arizona is that while we are considered a small agriculture state not only in agriculture revenue but also Arizona Farm Bureau’s membership base of 25,000 --- compare that to Tennessee at 600,000 members --- I like to point to Arizona Farm Bureaus ongoing national recognition on all fronts in our Young Farmers and Ranchers competitions, our regular wins with the big states in the Pinnacle Award recognition sponsored by American Farm Bureau and so much more. On the pure agriculture front, we’re planting and harvesting every month of the year, we have the largest percentage of women-owned farms and ranches over any other state in the union and at last count we can report 240+plus crops and livestock. Our agriculture production diversity often is noted as one of our distinctions.

Arizona Agriculture: As the current president of the Arizona Farm Bureau, what are your reflections on the last century and the next 100 years.
Smallhouse: I have had an opportunity to reflect on this including writing an introduction for our 100-year history book called “A Century of Progress 1921-2021.” And in that introduction one point I made was as we give consideration to our past, we prepare for the future. We live and work by the cycle of the seasons in a loop of prepare, plant, steward and harvest.  We have good years and bad.  While we are subject to both factors within and out of our control we know, “Agriculture is essential to Arizona’s prosperity and Arizona Farm Bureau is the Voice of Agriculture.  We empower members through grassroots advocacy, communication, and education.” and will continue this work for the next 100 years.