2021 is a milestone year for Arizona Farm Bureau: the organization reached 100 years of service to Arizona’s farmers and ranchers. Along the way, countless other milestones were reached including Arizona Farm Bureau’s communication, or “outreach,” efforts that encompass a variety of outreach tools to support our more than 25,000 members and our Arizona families.

In Communication (officially known as Outreach), when we began the “Reach a Million Campaign” to connect with a variety of Arizona families and target groups, we asked ourselves could we connect to a million people, at least have a variety of “touchpoints” that would garner that many impressions? We asked the question in the 2009/2010 fiscal year. That first year, our campaign concluded with just over 3 million impressions. Today, 10 years later we’re on our way to meeting our target of more than 14 million for this important and ongoing effort.

In our public outreach efforts, we mainly target moms (but not exclusively), ages 25 to 45, with children still in the home. These are moms typically focused on feeding the family well.

The Historical Highlights of the last 14 years in Communications 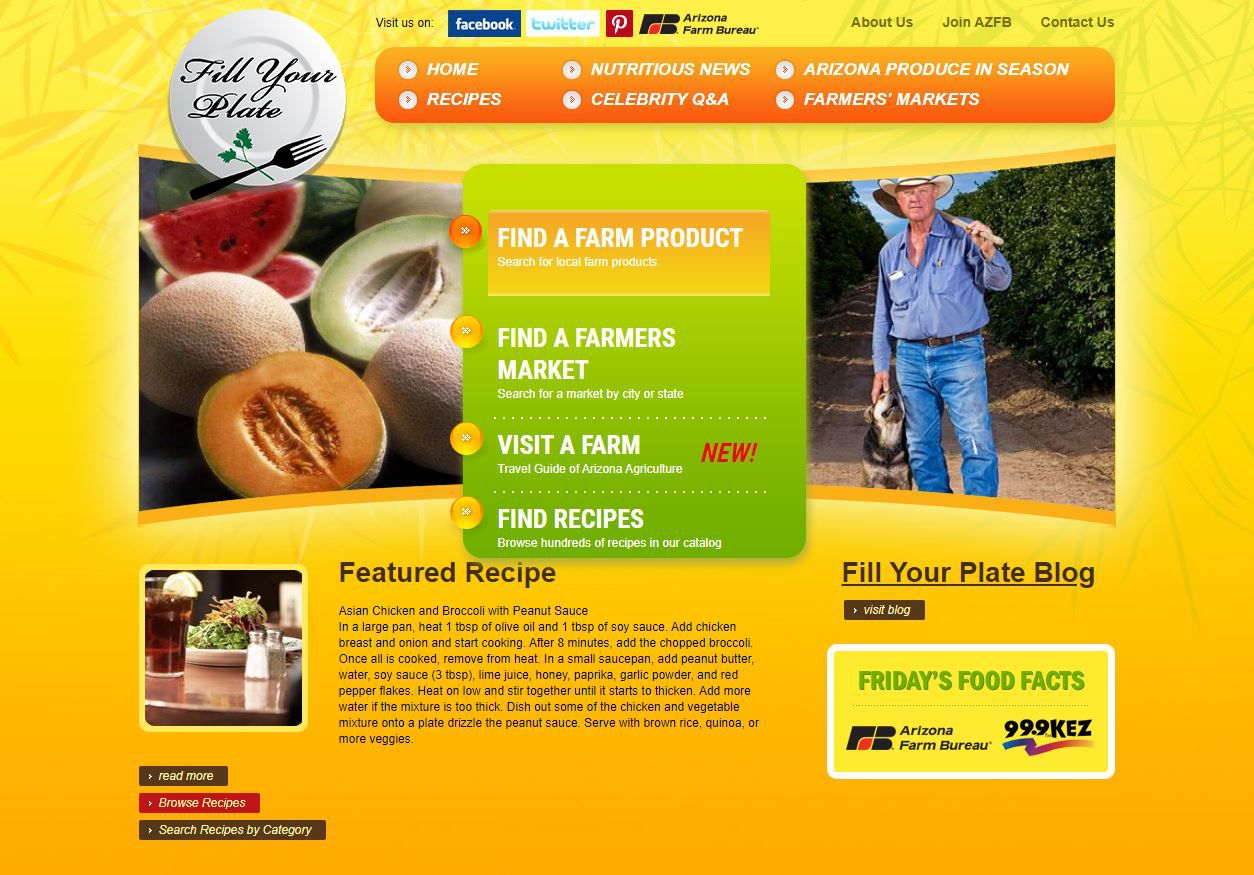 Arizona Farm Bureau’s public outreach efforts continue to improve with a dramatic increase in those areas that have completely new program outreach in the case of Fill Your Plate improvements and new features and promotions, effective use of advertising and marketing, food market basket’s “Stretch Your Dollar Menu” outreach and special “Foodie” outreach. We continue to be on the outlook for opportunities to outreach, connect and engage with the public.

Between Ag in the Classroom and Arizona Farm Bureau’s Outreach efforts in general, we strive to move the needle in the right direction dispelling misinformation about agriculture.