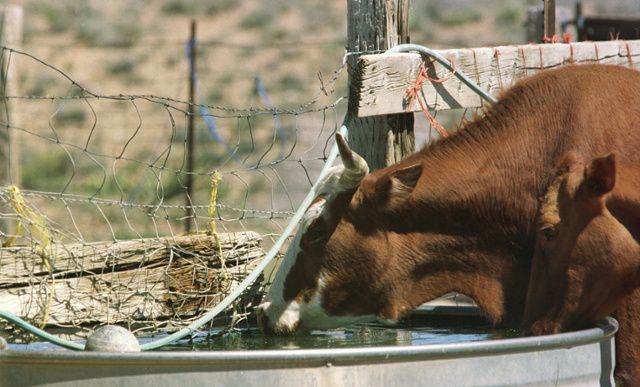 Federal land managers in the West have increasingly demanded that the ranchers who work the land surrender their water rights to the government or leave. The Water Rights Protection Act is designed to prevent this in the future.

“I find this practice by the U.S. Forest Service to be somewhat unbelievable and completely shameful,” said Arizona Farm Bureau’s First Vice President and southern Arizona rancher Stefanie Smallhouse. “One can only hope that these actions have been a result of a severe lapse in judgment by folks who forget in which country they live. I'm encouraged by this legislation and Arizona Farm Bureau will be asking our delegation for strong support in getting it passed.”

“It’s time to put a stop to federal strong-arming of ranchers by a government that owns the majority of the land for grazing west of the Mississippi,” added AFBF President Zippy Duvall said. “Water is the most valuable resource for every farmer and rancher. Unfortunately, the federal tactics we’ve seen in recent years have little to do with conservation and everything to do with big government and control.”

In recent years, federal land managers in the West have increasingly demanded that the ranchers who work the land surrender their water rights to the government or leave. Public lands are meant to be enjoyed and shared by our citizens, and America’s ranchers play a critical role in caring for these lands. The government’s treatment of these ranchers is not only but unconstitutional, AFBF said.

For America’s farmers and ranchers to continue to provide the food, and fiber for the nation and the world, they simply must have access to water. This is especially crucial in the West. All citizens have a right to expect that their lawfully acquired water rights will be respected by the federal government.

If passed, the widely-supported Water Rights Protection Act (H.R. 2939) would bar the federal government from seizing state-granted water rights from ranchers and restore basic property rights to them. According to AFBF, the act echoes policy changes President Trump set forth in his executive order on Promoting Agriculture and Rural Prosperity in America, which further supports the protection of ranchers’ water rights. Arizona Congressmen Gosar and Schweikert are both co-sponsors of this bill.

The legislation would also:

Added Arizona’s Smallhouse, “This issue reaches beyond the ranching community into any arena where the federal government requires permitting for an individual/business or industry to move forward. Everyone should be concerned with this extortion-type tactic.”

Farm Bureau commends Congressman Scott Tipton’s leadership on the and urges Congress to act swiftly to bring America’s much-needed relief. The bill was introduced in the house and has been referred to the House Committee on Natural Resources and in addition the Committee on Agriculture.