EPA Wants Your Farm Ditch to Be Classified as "Navigable"

By Julie Murphree, Arizona Farm Bureau: On April 21, 2014, the EPA and the Corps of Engineers released their long-awaited proposed rule to expand the 1972 Clean Water Act.

Simply put, EPA and the Corps are now attempting to regulate virtually all water, something Congress has explicitly chosen not to allow and which two U.S. Supreme Court decisions have rejected. 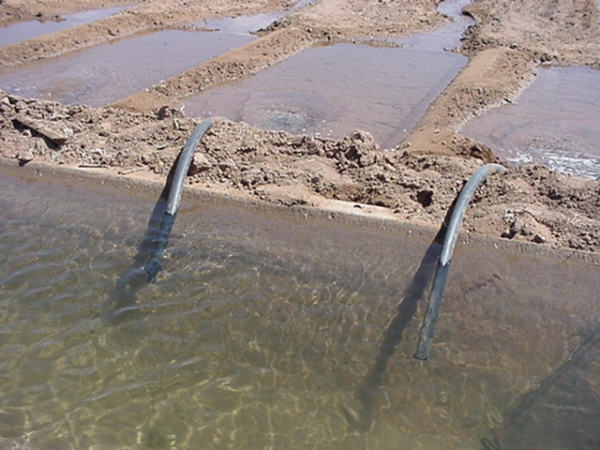 The EPA and the Corps are now attempting to regulate virtually all water -- your irrigation ditch, for example -- something Congress has explicitly chosen not to allow and which two U.S. Supreme Court decisions have rejected.

“Unless your world is flat and it never rains - you will be subject to the proposed rule either directly or indirectly in your everyday lives, “says Arizona Farm Bureau First Vice President Stefanie Smallhouse,  a southwest Arizona rancher. “This new proposal by the EPA and the Corps of Engineers is not just overkill of federal regulation for farmers and ranchers, but also for those who live and work in cities and towns where this rule would have a stifling effect on local economies.”

Farm Bureaus across the country, in partnership with farmers and ranchers, are voicing their concerns. Pennsylvania Farm Bureau voiced its opposition to the proposed rule during a field hearing yesterday before the House Committee on Transportation and Infrastructure.

Speaking on behalf of Pennsylvania Farm Bureau, young beef and grain farmer Tommy Nagle testified that farmers are concerned about the possible consequences of the proposal on farms and the future viability of family businesses, especially when you consider that land features identified in the proposal are found extensively on farms all across the nation.

“What if the ultimate effect of this rule prevents farmers from passing their operations on to their children or prevents young people – like me – from becoming farmers?” asked Nagle.

Farm Bureau maintains that Congress clearly intended regulations under the Clean Water Act to focus on navigable waters, not ponds, ditches or puddles that occur on land during a heavy rainstorm. In addition, two Supreme Court rulings have affirmed that the federal government is limited to regulating “navigable” waters.

“Those of us in agriculture believe that the authors of the Clean Water Act included the term ‘navigable’ for a reason,” said Nagle, who with his wife, Tracy, raises a herd of beef cattle and grows corn, soybeans and other grains on 775 acres in Central Pennsylvania.

Farm Bureau notes that the proposed regulatory language effectively erases current limitations on EPA and Army Corps authority. The proposed rule is supposed to be a clarification, but it seems to only provide more confusion and less clarity for farm families whose land will be judged by these agencies.

“If I guess wrong on their judgment, I could face fines of up to $37,500 per day. If they guess wrong, I have to go to court to correct it. That’s a scary thought,” added Nagle.

American Farm Bureau Federation, like Arizona Farm Bureau and Pennsylvania Farm Bureau, is questioning the validity of EPA claims that agricultural exemptions currently provided under the federal Clean Water Act should relieve farmers of any need to worry about the proposed rule. Exemptions provided in the act are mostly limited to plowing and earth moving activities and do not apply to the use of fertilizers or similar farm inputs on farm fields.

Arizona rancher Smallhouse suggests that the EPA and the Corps not wanting to deal with opposition from U.S. farmers and ranchers have created very narrow exemptions for agriculture. “The authors of the rule included two very narrow exemptions which don’t cover common farm practices and would only apply to those farms older than 1977, and only those activities wholly confined to upland areas,” says Smallhouse. “Given that the average age of a producer is over 57 years old and water always finds a way to run downhill, it doesn’t look promising for any of the next generation to begin growing food, clearly an gesture on the part of the EPA to America’s growers.”

Many practices in fields could require government approval through a complex process of federal if the proposed rule becomes final. For example, normal farming and conservation activities, such as fencing, brush management and pruning shrubs and trees, were exempted by Congress and have never required permits under the Clean Water Act. EPA and the Corps would now require farmers and ranchers to meet otherwise voluntary Natural Resources Conservation Service (NRCS) standards for these everyday normal farming activities and voluntary conservation practices, or else face Clean Water Act liability. By linking the normal farming exemptions to NRCS standards, the rule would make voluntary conservation standards subject to EPA enforcement.

AFBF and state Farm Bureaus are asking EPA and the Corps to extend the comment period on the proposed rule from 90 days to 180 days in order to allow farmers, who are actively engaged in planting their crops, time to fully review how the proposed changes will affect their businesses and provide feedback.

Additionally, Farm Bureau is calling on EPA and the Corps to voluntarily withdraw the proposed rule. In the absence of voluntary withdrawal, Farm Bureau is seeking the help of Congress to take political and legislative action to have EPA and the Corps “ditch the rule.” Follow the hashtag #DitchTheRule on social media for updates. Additional information on this issue is available at the FBAct Insider – http://bit.ly/1mRfzHq.

Farm Bureau has launched the Ditch the Rule website at http://ditchtherule.fb.org/. Focused on topics and analysis related to the Environmental Protection Agency and Army Corp of Engineers’ recent release of the “waters of the U.S.” proposed rule, the easy-to-navigate site includes several sections: Take Action, Go Social, Find Answers and Get Resources. Visitors may also sign up to learn more, comment on the proposed rule and send tweets using the hashtag #DitchTheRule.

AFBF President Bob Stallman recently said, "The American Farm Bureau Federation will dedicate itself to opposing this attempted end run around the limits set by Congress and the Supreme Court."

Action You Can Take

Click here to read other stories on the EPA's Water Rule:

Scroll below to take action and send your messages to EPA and the Corps by the deadline of July 21, 2014.

Also, consider checking out the Waters of the U.S. Toolkit.