Environmental Attorney to Arizona Agriculture: Fight for Your Rights 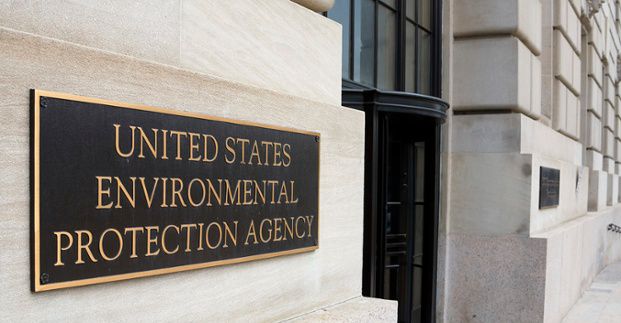 Should a government agency be its own judge?

In a workshop at the American Farm Bureau Federation’s 2017 Annual Convention & IDEAg Trade Show last month, Francois discussed forces that are making government so different from what it was intended to be, and what can be done to return it to its original design.

“The purpose of the government’s founding documents was generally to protect freedom,” Francois said, “and yet a lot of people don’t get that customer service experience.”

Constitutional law, separation of powers, limited powers and due process, which Francois calls the “elements of freedom,” are the main areas where has lost sight of the design.

“For the government to follow the law, it can’t be its own judge in that,” Francois said. “And it can’t simply re-write the law in order to say it followed it.”

Francois explained how the “four Ds” – division, delegation, deference and due process – have created an “administrative state” in which agencies have in many ways become the government. And in some cases, one junior staffer within an agency can overrule a judge in a legal proceeding.

Division, or the separation of powers in the Constitution, assures that no one branch of government has absolute power. When is ceded, agencies become the “bully on the playground” who always wins, Francois said. , in which Congress surrenders lawmaking power to agencies, concentrates power in those agencies. Deference, in which courts accept agencies’ interpretations of the law, means that by rule agencies always win. Finally, when citizens are deprived of due process, they have no access to government information or decisions, no ability to make their own case, and the government ceases to be a neutral decision-maker by eliminating the burden of proof on federal agencies.

“The Obama Administration chose to bypass the hard work of governing through our system of checks and balances and take what appeared to be a short cut to a partisan agenda,” said Arizona Farm Bureau First Vice President Stefanie Smallhouse. “Not only were many of his administrative actions but will have essentially been a waste of time, energy and money for both sides of the issue when they are walked back by the new administration or our courts.”

This concentration of government power can have devastating results for farmers and ranchers.

Referencing the case of California farmer John Duarte, which the American Farm Bureau has championed, Francois described “a half-baked, drive-by investigation of a 450-acre field, surveilled for a total of 30 minutes from a pickup truck on the road, from which you cannot see the whole field, which concluded, falsely, that all 450 acres had been plowed three-feet deep, permanently destroying three dozen acres of wetlands.”

Added Arizona Farm Bureau’s Smallhouse, “The Clean Air, Clean Water, and Endangered Species Acts had to be passed by a bipartisan body after months of negotiation, fact finding, and deliberation.  These are not resources to manage via political whim.  We have this system for a reason.

“When the Endangered Species Act states in order for habitat to be considered as critical the species must have actually existed there and relied upon it for survival, and when the Clean Water Act states that regulated waters of the U.S. must be navigable it’s pretty clear what that all means. Yet, political appointees of the previous administration twisted the language of these Acts to the point where dry washes are considered navigable, field furrows are mountains and valleys and everywhere has the potential to be habitat for any species whether it or the habitat ever existed there or not.  At best it’s ridiculous and at worst its abuse of power over our freedoms.”

Francois said everyone should be aware of these issues and encourage their neighbors to stand up and keep because this is a long-term process. “If everyone who was entitled to a due process hearing before an administrative agency demanded one, all work of all administrative agencies would grind to a halt. So, if you’re looking for a way to ‘fight the machine,’ if you have an opportunity for a hearing, demand it.”

For more information on the Pacific Legal Foundation, visit www.pacificlegal.org.