Arizona Agriculture: Arizona Farm Bureau’s current policy supports of farmland and mandating urban development onto land with historic groundwater usage (farmland) or mandating the use of renewable supplies on desert land. Is there here and what would be a better approach? 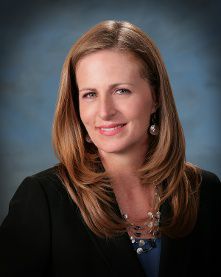 Fabritz-Whitney: The groundwater code was basically set up in the active management areas (AMAs) to push folks to renewable water supply use. Part of that structure and one of the tools in the toolbox is the assured water supply program. That program requires all new development in AMAs to demonstrate to the Department of Water Resources a 100-year water supply. As part of the code to meet the goals of each of the AMAs the water supply portfolio that each of those cities or developers submit can only be based in part on groundwater and that reduces over time in all the AMAs. Continued reliance on groundwater was recognized in 1980 as unsustainable. So provisions in the law gave agriculture the right to retire and transfer their water supplies at a reduced rate (the reduction in the rate was in recognition of the over-pumping by everybody, not just agriculture) to new development and help them with that water supply portfolio. The problem with that was that in the groundwater code you could do it through a Type I which was tied to the land. Then, during the rule-making process negotiations [of the Assured Water Supply Rules] there was an additional allowance to extinguish a right and allow that conversion to transfer anywhere in the AMA which was no longer tied to the land.

What we’ve seen as a result is a lot of development with those agricultural rights, but not on that farmland. Some folks say the problem is the reduction in the extinguishment credit - but the real issue is whether or not development occurs on lands that have a water right. One solution might be that you get a larger amount of water if you retire water on the land with farmland as opposed to developing off that farmland. But developers are going to develop where they develop.

The public rule-making process is important but it is a negotiated [process]. So, you can end up with something that has unintended consequences no matter what the best intentions were.

Editor's Note: If you are an agriculture member of Arizona Farm Bureau, you’ll get to read Fabritz-Whitney’s entire conversation with us in the November/December 2013 issue of Arizona Agriculture. Not a member? Select the “Join Our Family” box below to sign up!