Similar to what happened in the United States a few years ago, bird flu is devastating South Korea’s bird population and certainly its agriculture’s laying hens. And, like the United States and other countries, eggs are heavily used in this country’s cuisine. Enter the Hickman family. 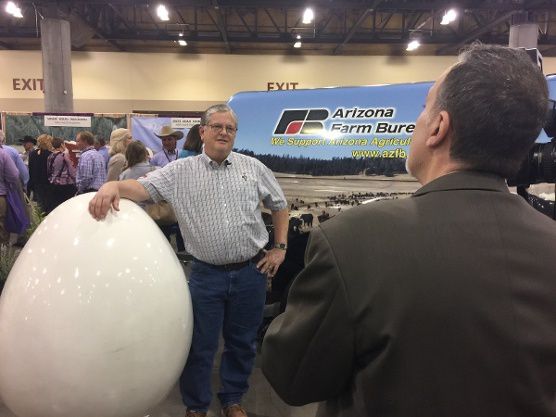 This outreach is a result of the United States reaching an agreement to open the door for its first-ever exports of shell eggs to South Korea, as the North Asian country struggles with its worst outbreak of bird flu in history. The outbreak, which began in November, has resulted in the loss of more than 30 million birds in South Korea, escalating egg prices and creating a drastic shortfall for the Korean people.

The U.S. Department of Agriculture (USDA) has been negotiating with South Korea’s government to enable shipments to be sent ahead of peak egg demand during the January Lunar New Year holiday season.

Glenn Hickman, CEO of Hickman’s Family Farms observes, “South Koreans eat about 250 eggs per year per person. They use eggs extensively in cooking, especially in traditional dishes.  The Lunar New Year holiday season is the peak time for egg consumption. It looked like a lot of people were going to be without eggs this year.  So, we’re especially glad to be able to get shell eggs shipped to the Korean people in time for the holiday.”

Strains of bird flu, which can spread to poultry through wild birds, have been detected in recent weeks in Asia and Europe.  Glenn Hickman adds, “We are taking every precaution to prevent a similar outbreak from reaching us here in the United States, and ultimately at Hickman’s. Past outbreaks have been devastating to some poultry and egg farmers. We feel strongly that our stringent prevention methods are what stands between us and the bird flu. “

Hickman's Family Farms has been family-owned and operated in Arizona since 1944. The company is based in Buckeye, Arizona. To find out more about this family farm go to www.hickmanseggs.com.